Joaquín Rivas in Action for El Salvador Tonight vs Panama 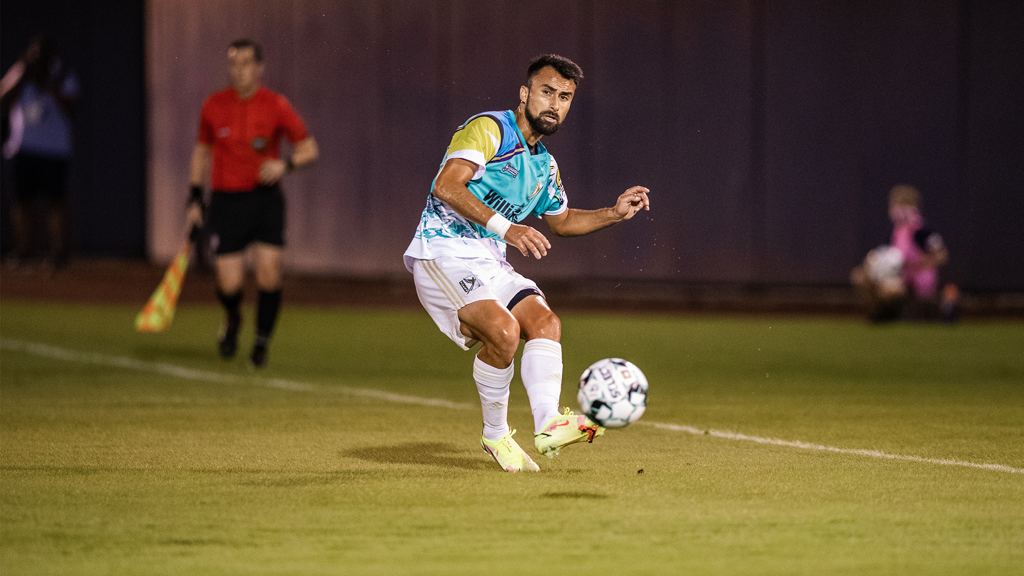 Rivas to Make His 18th International Appearance for El Salvador

Joaquín Rivas has gotten the nod once again to represent his county of El Salvador in the second window of the 2022 FIFA World Cup qualifiers and will be in action tonight as “La Selecta” hosts Panama on Paramount+ at 9:05 p.m. CT.

Through three matches so far, El Salvador is the only nation without a goal in the CONCACAF Octagonal and one of four who have yet to win a match alongside Costa Rica, Honduras, and Jamaica. Rivas hopes to play a pivotal role in turning around the fortune of “La Selecta” with an ample 11 matches remaining in the final qualifying round.

In this window, El Salvador will match up with countries currently holding three of the top five spots. It will host Panama at home in Estadio Cuscatlán tonight, then go on the road to Costa Rica before returning to host first-place Mexico next week. At the end of the final CONCACAF qualifying stage, the top three-point earners will advance straight through to the World Cup. The fourth-place country will play in an inter-confederation playoff against a country who will be determined later.

The defense for El Salvador has been stout, conceding only three goals over its first three matches, but the offense will be looking for a spark tonight that Rivas is hoping to provide in the attacking third.

Catch Joaquín Rivas and “La Selecta” as it takes on Panama tonight at 9:05 p.m. CT, then matches up against Costa Rica on October 10 followed by Mexico on October 13.