FC Tulsa's Defense Has Been One of the Best Since Late June – What Does that Mean for Playoffs? 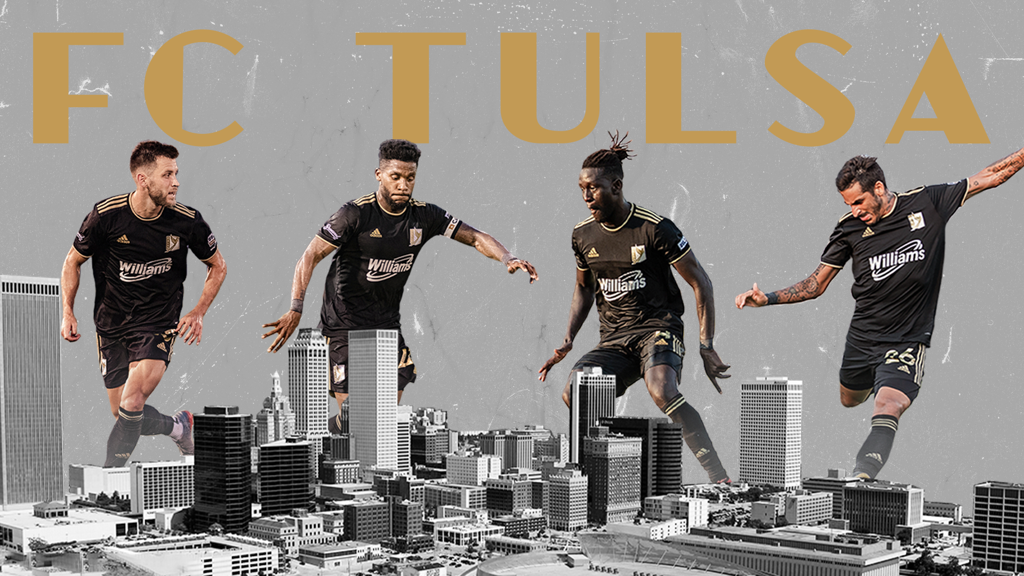 Although the famous Bear Bryant quote “Defense Wins Championships” is derived from the other football, last year’s Tampa Bay Rowdies club finally proved that the often-cliché saying can apply to the USL Championship as well. And that’s a great thing for FC Tulsa this season.

For years, the final two clubs standing at the end of the USL Championship season were there because of their offenses, blasting their way through opponents from the beginning of the regular season until the League Finals. In fact, the 2015 Rochester Rhinos were the last club to make it to the Finals without being in the top six in goals scored during the regular season.

As in the MLB, NFL, NBA, or any other professional sports league, defense has taken the back seat to offense in the USL Championship over the past few years. Louisville City FC in 2017 had been the most recent club to even make it to the finals with a top-three defense in terms of goals conceded. However, the 2020 Tampa Bay Rowdies reached the Finals last season tied for the second-best defense, only giving up 14 goals, as well as tied for the second-most clean sheets in the League with eight in a shortened season of just 16 matches played.

Of course, the 2020 USL Championship would not end up being played due to a Covid-19 outbreak, but the point remains the same ­– it is possible to reach the Finals on the back of a great defense.

While FC Tulsa may not have the League’s top defense, it has been one of the best in the entire League over the past two-and-a-half months. Since June 25, the FC Tulsa backline has only conceded 18 times over its 15 matches, good for fourth-best in USL Championship among teams that have played at least 15 times during that span. This even includes a four-match losing sprinkled in, proving that even when things were not going well for FC Tulsa as a club, the defense kept a result obtainable.

In fact, FC Tulsa has not allowed an opponent to score more than two goals in the previous 15 outings, a stat mirroring last year’s elite FC Tulsa defense known around the League as one of the most unforgiving. This season, that number is even more impressive when considering eight different players have appeared along the FC Tulsa back-four during this span. Regardless of who is on the pitch wearing the black and gold, the Tulsa garrison has been stout. Jorge Corrales, Leo Folla, Matt Sheldon, Kevin Garcia, Mou Jadama, Solomon Kwambe, Bradley Bourgeois, and Johnny Fenwick have all logged minutes for the backline since late June.

Not only have the many cohesive pieces making up the Tulsa backline made it one of the most difficult puzzles to solve in the League lately, but the unit has found a way to put up some of the USL Championship’s best offensive numbers at the same time.

The FC Tulsa defense is one of only four clubs whose back-four has recorded at least nine assists. Wing-backs Jorge Corrales and Matt Sheldon have both logged three assists each, paralleling each other in the assists column just as they parallel each other up and down the pitch. Captain Bradley Bourgeois has two assists on the year, and the stalwart to his left, Mou Jadama, has assisted once as well. In total, the backline has created 43 chances for FC Tulsa.

In addition to creating chances and setting up its attacking threats, the defense has proven it can take matters into its own hands when it comes to influencing the scoreline.

Bradley Bourgeois knocked in a header earlier this season off a free kick, and Matt Sheldon sent in a screamer off a spinning volley, rippling the back of the net. Sheldon also scored off an open field pass from Jason Johnson, his first goal following 75 professional appearances in which he never contributed to the scoreboard. It is very rare to find a defensive force that can effectively stifle opponents, assist players in the attacking third, and score itself.

The USL Championship itself has even taken notice of the quality of FC Tulsa’s defense this season, awarding four total Team of the Week awards to the group, tying the club for the third-most honors going to defensive players this season . Bradley Bourgeois has twice gotten the nod, and Jorge Corrales and Matt Sheldon have each been honored once. FC Tulsa is one of six clubs this season with at least four defensive appearances on Team of the Week.

While FC Tulsa’s offense is no slouch, tied-seventh in the USL Championship with 37 goals and tied-third in conversion rate at 19%, the club’s defense is what has had something special brewing over the past few months.

There is still a long way to go before FC Tulsa could potentially appear in the 2021 USL Championship Finals. The field is wide open, and with seven weeks remaining in the season, clubs currently holding fifth and sixth spots in their divisions are sure to make a push above the Playoffs line. Some will be fueled by offense, others by its defense. Tampa Bay proved that defense can at least partially carry a club to a final-two spot in November, as its offense scored the fifth-most goals in the League as well a year ago.

FC Tulsa has performed similarly over its last 15 matches to that very Rowdies club, currently finding itself just two points out of second in the Central and five points out of first.

The Rowdies and Phoenix Rising FC were ultimately unable to compete in the title match, leaving the inquiry unresolved. Perhaps this season’s FC Tulsa club will be able to finally answer the question Tampa Bay did not get the chance to ­– can a good defense, along with a good offense, really win a championship in the USL?