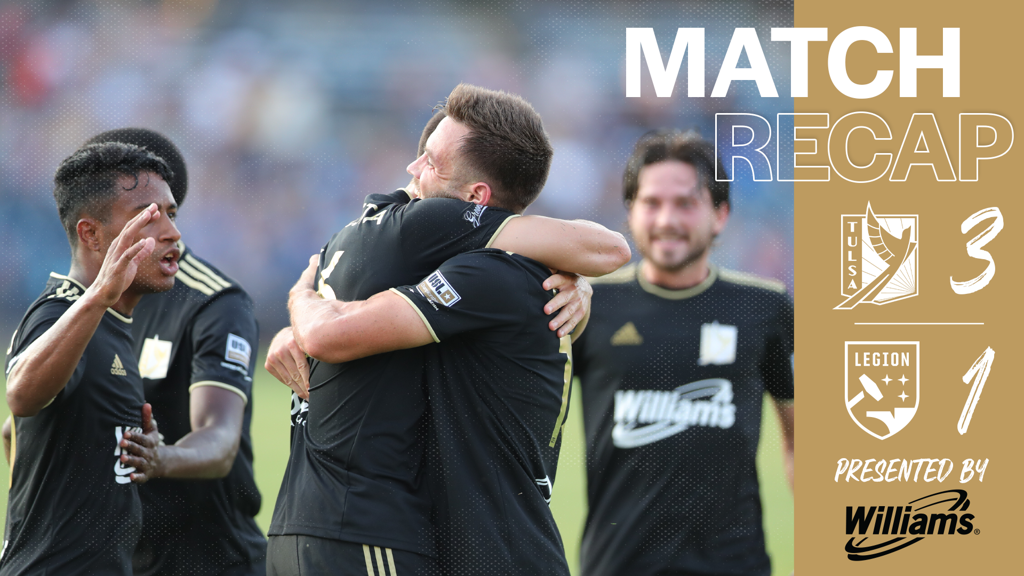 Tulsa- ONEOK Field was sent into a frenzy following two FC Tulsa goals past the 88’ minute resulting in a 3-1 victory, breaking its losing streak as the fireworks shot into the Tulsa sky.

Matt Sheldon began the scoring in the first half for FC Tulsa, scoring the first professional goal of his career. Sheldon’s chance resulted from Jason Johnson’s forced turnover and service into the box, a play that earned Johnson his first assist as a member of FC Tulsa.

A successful Birmingham PK evened things up early in the second half, but the visitors’ celebration would be short-lived. The crowd erupted in the 88’ minute when Marlon Santos collected a loose ball following a corner kick, firing it into the back of the net for his fourth goal of 2021. The players stormed into the supporters’ section as FC Tulsa took the lead late.

Before the fans could retake their seats, they were treated to another strike from Kembo Kibato in stoppage time that rippled the net, his second of the season, sealing the 3-1 win for FC Tulsa on a scoring summer night.

A four-match losing streak had been hanging over the heads of the FC Tulsa players, but that thought has been erased as the club came up with one of its biggest victories of the season against the club ahead of them in the standings. Tulsa now holds sole possession of the third spot in the Central Division.

The club will be riding high on its newfound momentum as it travels to Louisville next weekend to take on the top club in the division, Louisville City FC.

1) LATE NIGHT TULSA
Goals from Marlon and Kembo Kibato late in the match marked the fifth and sixth time FC Tulsa has scored later than the 80’ minute this season, marking a club that does not give up and fights until the final whistle. The club has a flair for the theatrics at ONEOK Field with three of those six late goals coming at home.

2) A GOAL OF FIRSTS
For the first time in his career as a professional soccer player, defensive back Matt Sheldon scored a goal. It took Sheldon 76 career USL appearances to earn the proper look as he is typically positioned on the backline in the defensive third.

Forward Jason Johnson, in his first start as a member of FC Tulsa, was credited for his first assist for his new club. The attack-first mentality of Johnson subsided for just a moment as he found his teammate with a clear shot in the center of the box

UP NEXT
FC Tulsa will have a difficult matchup in enemy territory next Saturday night as the club marches into Lynn Family Stadium to take on division leaders Louisville City FC. The two clubs have matched up twice this season already, both games finishing 3-2, but with a different winner. Kickoff is slated for 6:30 p.m. CT.