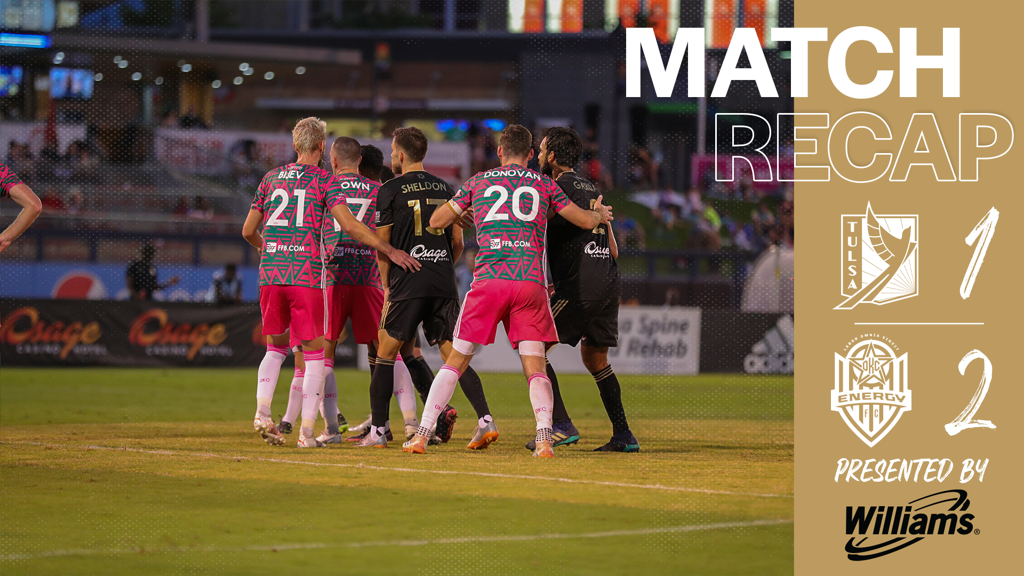 A goalless first half turned into a wild second with both teams scoring in the 90' minute or later. It appeared FC Tulsa would claim a home point after midfielder Rodrigo da Costa leveled the match at 1-1 in the 90' minute, but OKC's last gasp goal from Huroki Kurimoto gave Energy the three points and kept FC Tulsa from claiming the Wrench.

While the result didn't go FC Tulsa's way, the city of Tulsa came out in huge support of its club, with the biggest crowd for a soccer match at ONEOK Field since March 24, 2018.

Here are three takeaways from the match.

1) Da Costa Finds the Net Again
Rodrigo da Costa scored his seventh goal of the season with his free kick curler to equalize in the 90' minute. It was his 6th goal since the beginning of June. It's the 20th goal over two plus seasons for da Costa in a Tulsa uniform as he is now tied for as the second highest goalscorer in club history, trailing teammate Joaquín Rivas by two goals.

2) Moloto Gets 45'
Midfielder Lebo Moloto is building fitness following his early season injury with 45 minutes tonight following his halftime substitution into the match. It was his most minutes this season.

3) Still in Playoff Position
While a home loss to OKC Energy FC was disappointing for most of the 5,000+ in attendance, FC Tulsa remained in third place in the Central Division. Tulsa is two points ahead of OKC, who now sits in fourth, with two matches in hand and is three points clear of Indy Eleven in fifth with a match in hand. The top four from the Central Division will make the USL Championship Playoffs.

Up Next
FC Tulsa is back on the road for a Saturday match against Memphis 901 FC at 7:30 p.m. CT on July 24. It will be the first of four matches against Memphis this season as 20% of Tulsa's final 20 minutes will be against 901.