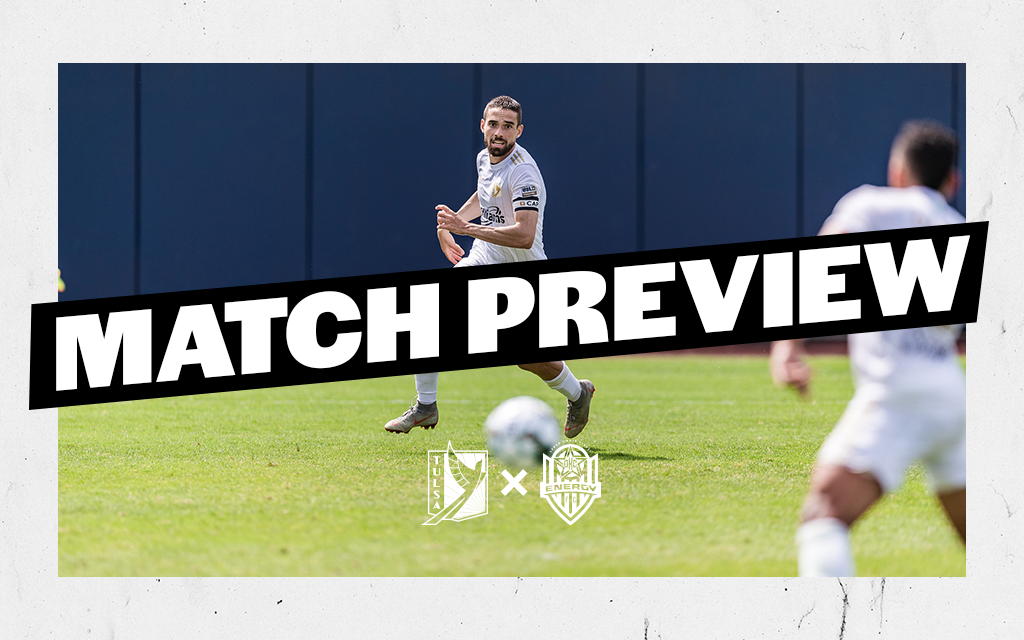 TULSA – This Saturday, the coveted Black Gold Derby Wrench is officially on the line, and FC Tulsa has a chance to secure their first gold-ware of the season with a win. Tulsa squared off against OKC Energy FC at ONEOK Field, presented by BlueCross BlueShield.

Two weekends ago at Taft Middle School, FC Tulsa and OKC Energy FC played to a 0-0 result in a match that had uncharacteristically low amounts of action. However, FC Tulsa still holds bragging rights on the season after FC Tulsa’s season opening 3-1 victory.

SCOUTING OKC ENERGY FC
OKC enters Saturday’s Black Gold Derby riding a 4-match unbeaten streak, with 3 wins and a draw. The club sits three spots below FC Tulsa in the Central Division table, in 6th place with 14 points. Villyan Bjev leads the club with 4 goals, and the Bulgarian is also tied with Robert Coronado on assists, with 2 each to lead the club. Goalkeeper C.J. Cochran has 32 saves on the season, with 4 clean sheets and 12 goals conceded.

THINGS TO KNOW
1) Wrench on the Line
It will have been 1,074 days since FC Tulsa has tasted defeat in the Black Gold Derby, dating back to August 8, 2018. FC Tulsa had won each of the last two matchups before the sides played to a 0-0 draw two weekends ago at OKC. Last match was the first clean sheet for FC Tulsa in 22 Black Gold Derby clashes. As a result of the recent dominance by FC Tulsa, the Wrench will be at stake just 12 matches into the season on Saturday night, as FC Tulsa will look to make it two-for-two in the new era of the franchise. FC Tulsa has never won the Wrench in back-to-back seasons, having only ever won it as the Roughnecks during the 2017 campaign.

2) Welcoming Support
83 United, FC Tulsa’s Supporters Group, will welcome supporters from The Flock, from Forward Madison in USL League One and The Curse from New Mexico United in the USL Championship to Saturday’s match. The outside support will be welcome in Section 115 at ONEOK Field as FC Tulsa looks to bring home the Wrench.

3) Dollar Dogs
On Saturday, FC Tulsa will sell 500 $1 hot dogs starting at 6 p.m. when the gates at ONEOK Field open. The hot dogs will be sold at a special concession stand right above the FC Tulsa Supporter’s Section, which is Section 115 in the stadium. Come enjoy some very cheap hot dogs on what could be a big night as FC Tulsa attempts to claim the Wrench for the 2021 season.

The match kicks off at ONEOK Field at 7 p.m., there will be a post-match fireworks show for FC Tulsa fans to enjoy. Tickets are available now.

Every FC Tulsa match this USL Championship season, home and road, will be broadcast locally throughout Tulsa on My41. Fans can also tune in on ESPN+ in the US, and YouTube international.