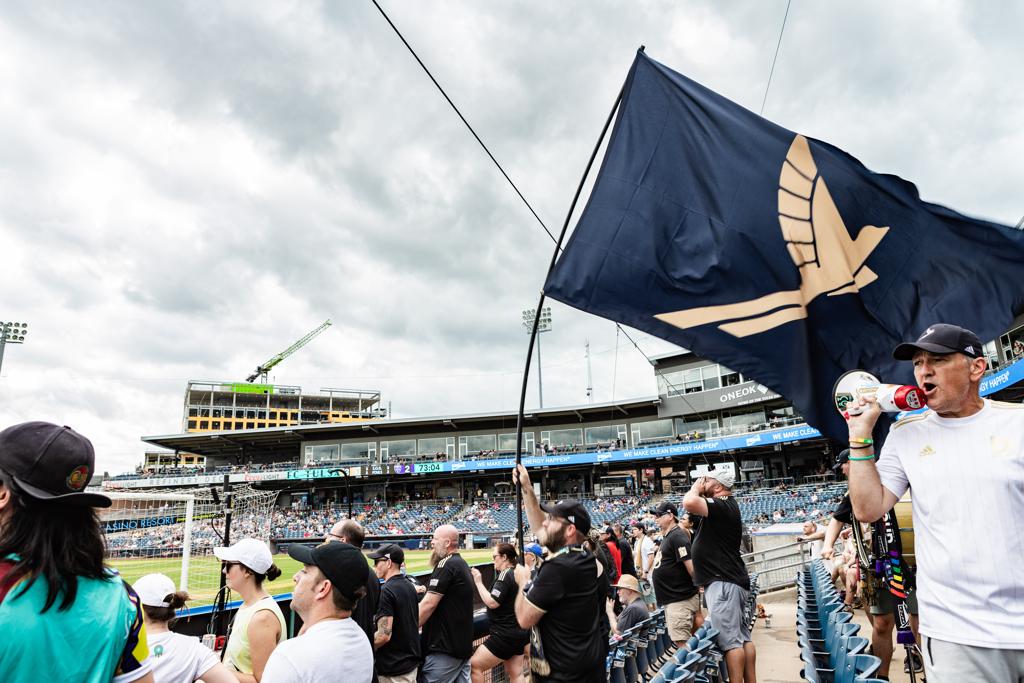 TULSA – As if Saturday’s Black Gold Derby needed any more pumping up.

FC Tulsa is among the USL Championship’s best clubs, seeking a home playoff berth and a shot at the title. More specifically, FC Tulsa has a chance to clinch the Wrench at home for the second consecutive season and to remain unbeaten in the Derby in 1,074 days, dating back to mid-2018.

With the recent announcement of 500 $1 Hot Dogs to be available above the supporter’s section at the match, many thought it couldn’t get more exciting than that. Well, 83 United have stepped it up to the next level.

83 United are assembling football friends from across the country to celebrate FC Tulsa's Black Gold Derby dominance and an exciting matchday at ONEOK Field. The Curse, the supporters group from New Mexico United in USL Championship, and The Flock, the supporters group from Forward Madison in USL League One, will be traveling down into town for the weekend to cheer on FC Tulsa.

“I think it’s pretty special these guys want to travel here, help support our team and hang out,” said Denis Lane, president of 83 United. “At the end of the day, we all love soccer and supporting each other just makes us stronger. Sure, if we play each other, we are going have some banter, but we know that it comes from a fun place. I know there is a lot of mutual respect because we support each other in other ways as well, such as helping the groups raise money or awareness for any charity they may be working with.”

The Curse and 83 United have a friendship that dates back to 2019, when The Curse traveled to ONEOK Field for the penultimate match of the season. The two supporter’s groups became fast friends, and the bond has only gotten stronger since then.

“When you go to meet other supporters, sometimes, it’s good, sometimes it’s ok,” said Jake Gutierrez, the president of The Curse. “[Meeting 83 United] was just the best one. Everyone was so friendly, and we just kind of remained friends. We back each other up on causes on social media. It’s just the nicest group of people, so we said, 'If they’re ever playing Oklahoma City, and New Mexico United is off, which will never happen because they’re all Saturday night games, we’ll go up there.' And there was this little heavenly window in the schedule, so we were like, 'Alright let’s do it.'”

83 United, The Flock, and The Curse will be joining together in Section 115 on Saturday night to support FC Tulsa in a possible Wrench-clincher against OKC Energy FC, presented by BlueCross BlueShield of Oklahoma. Tickets are available now, and kickoff is set for 7 p.m. CT.