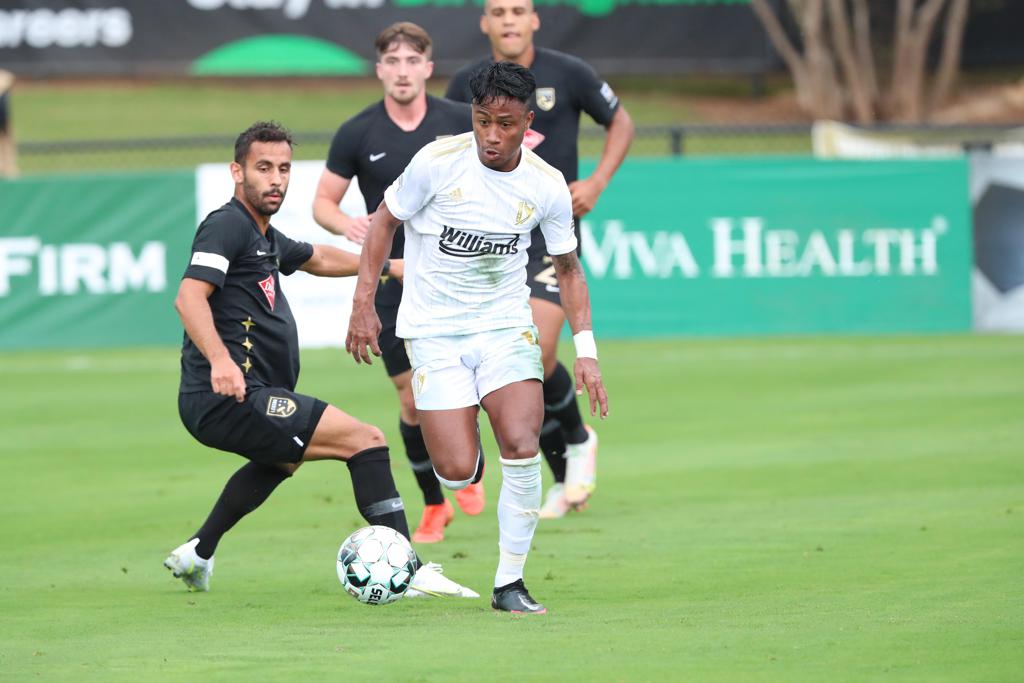 BIRMINGHAM, Ala. –  A long and disappointing roadtrip came to a delayed end on Sunday evening as FC Tulsa suffered a 2-1 loss to Birmingham Legion FC. It is the third consecutive road loss for FC Tulsa as the club will take just three points from its four-match, six-week trip away from ONEOK Field.

On a rainy day in Alabama, it was Birmingham who came out of the gate on the front foot as Legion FC peppered FC Tulsa keeper Sean Lewis. Ultimately Legion FC found the breakthrough when a misplaced ball from Tulsa defender Leo Folla found the path of Birmingham forward J.J. Williams. Williams then sent a cross through the box to an on-rushing Neco Brett who made no mistake in putting Legion FC up 1-0 in the 30' minute.

FC Tulsa started the second half with a renewed sense of purpose and created multiple chances, with forward Jerome Kiesewetter having a shot saved just wide while defender Bradley Bourgeois hit the side netting on a deflected shot. However that momentum was curbed by a three-and-a-half hour rain delay.

Following the delay, it was Birmingham who recorded the first tally as Brett struck again, this time off a feed from substitute Junior Flemmings from a counter attack. However, FC Tulsa kept the pressure on and pulled a goal back from the head of Darío Suárez. The striker turned a cross from Marlon Santos into the net for his third goal of the season.

It looked like Suárez would make it two when a free kick appeared destined for the top corner, but a diving save from Birmingham's Matt VanOekel kept the ball out of the net. Ultimately, the rally would fall just short as FC Tulsa was unable to find the net again and lost its third consecutive match.

Here are three takeaways from the loss.

1) Need to Be Better in Both Thirds
Head coach Michael Nsien noted that in both the attacking and defending third of the pitch, FC Tulsa came up short. The gaffer was upset in scoring just once considering the amount of chances FC Tulsa created, while allowing two goals defensively off long balls over the top.

2) Suárez Provides a Consolation
Darío Suárez was FC Tulsa's most dangerous player all evening and his goal to cut Birmingham Legion FC's lead in half late in the match was a deserved strike. It was his third goal of the season and the 11th of his FC Tulsa career.

3) Homestand Needed
FC Tulsa could use a boost from its home fans at ONEOK Field. Head coach Michael Nsien said after the match that a "change of energy" was needed and a home match could be just the medicine to cure Tulsa's ails. FC Tulsa has lost just one match at home since the start of the 2020 season, going 5W-1L-3D in its last nine home matches.

UP NEXT
FC Tulsa will have a 10-day break before it returns to ONEOK Field on Wednesday, June 16 against Sporting KC II. It will be a two-match homestand for FC Tulsa as Saturday, June 19 will see the club face off against Louisville City FC. Both matches will kickoff at 7 p.m.