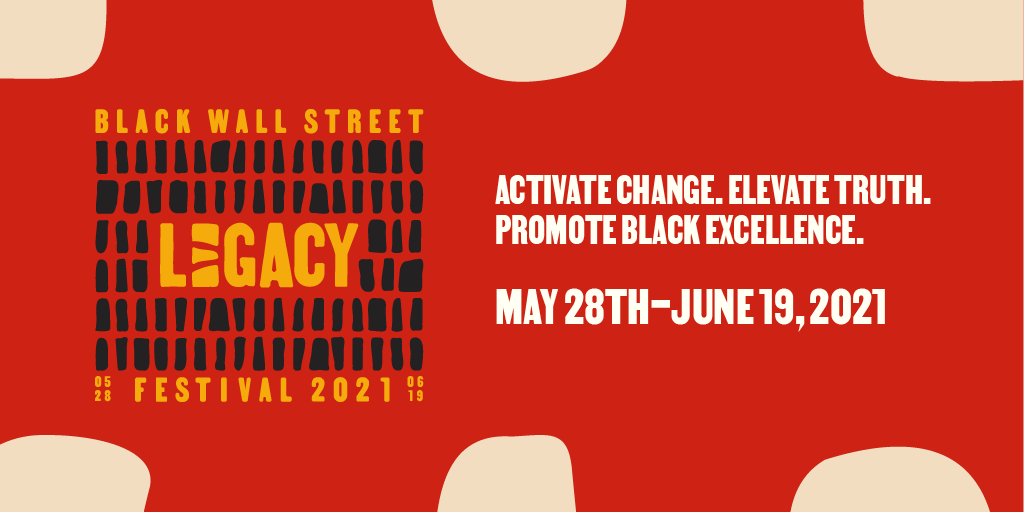 TULSA – This Memorial Day weekend marks the 100th anniversary of the Tulsa Race Massacre, and to honor the centennial, FC Tulsa will be participating in the Black Wall Street Legacy Festival, hosted by survivors and descendants of the Massacre, on Friday and Saturday evenings. The Festival will seek to elevate and amplify the hard work and voices of Black Tulsans over the last 100 years by offering opportunities to reflect, learn, and inspire through community curated experiences right in the heart of Greenwood.

FC Tulsa representatives will be present to sell its Greenwood Ave. patches, which much like the BWS Legacy Festival itself, hopes to amplify a Black-owned Greenwood business. All of the proceeds from the sales of the patch will be donated to help fund the building of the Black Wall Street Memorial, honoring the victims of the 1921 Massacre.

Visitors to the Legacy Festival will also be able to purchase specially priced tickets to FC Tulsa’s Juneteenth match against Louisville City FC on Saturday, June 19 at ONEOK Field at the FC Tulsa booth.

In addition to the BWS Legacy Festival, the “Pathway to Hope” will be dedicated right behind ONEOK Field on Friday afternoon at 5:21 p.m., connecting the Greenwood District to John Hope Franklin Reconciliation Park. The time of the dedication is significant as 5:21 p.m. on May 28, 1921 was the time that martial law was declared in Tulsa, prior to the Race Massacre on May 31 and June 1, 1921.

FC Tulsa encourages all fans of the club to find a way to educate yourself or someone else about the events of the 1921 Tulsa Race Massacre. Please see how the club is helping educate itself and others through our Greenwood community initiatives here.