FC Tulsa rises to second in the Week 4 Power Rankings 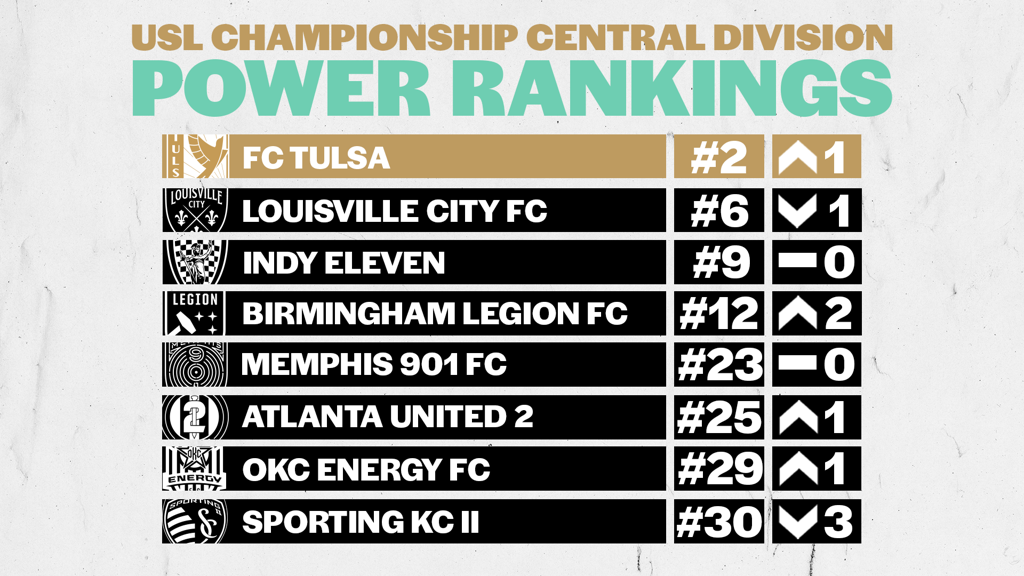 Only Tampa Bay Rowdies sit above FC Tulsa, for now

TULSA – Another one falls, and FC Tulsa is there to ascend. After Phoenix Rising fell 2-1 to Tampa Bay Rowdies last weekend at Al Lang Stadium, Tulsa jumped up another spot to second in the USL Championship power rankings after week 4.

Tulsa remains behind Tampa, but ahead of everyone else around the league after a perfect 3-0-0 start to the season. Tulsa goes for its fourth win tonight against Atlanta United 2.

The rest of the Central Division stayed relatively stagnant, with the only big mover being Sporting KC II, who fell to 30th after its loss to Switchbacks FC over the weekend.

Louisville City FC slipped one spot to 6th during their idle weekend, and Indy stayed at 9th. Birmingham Legion rose two spots after its win over Memphis, who stayed at 23rd.

Tonight’s opponents, Atlanta United 2, sit at 25th after taking four points from two matches against OKC Energy FC, who stay near the bottom at 29th.

A reminder to head to the Tulsan Bar for tonight’s Watch Party for the match between FC Tulsa and Atlanta United 2. Kickoff is set for 6:30 p.m. and all attendees will be entered into a raffle to win an El Salvador National Team shirt signed by Joaquín Rivas.