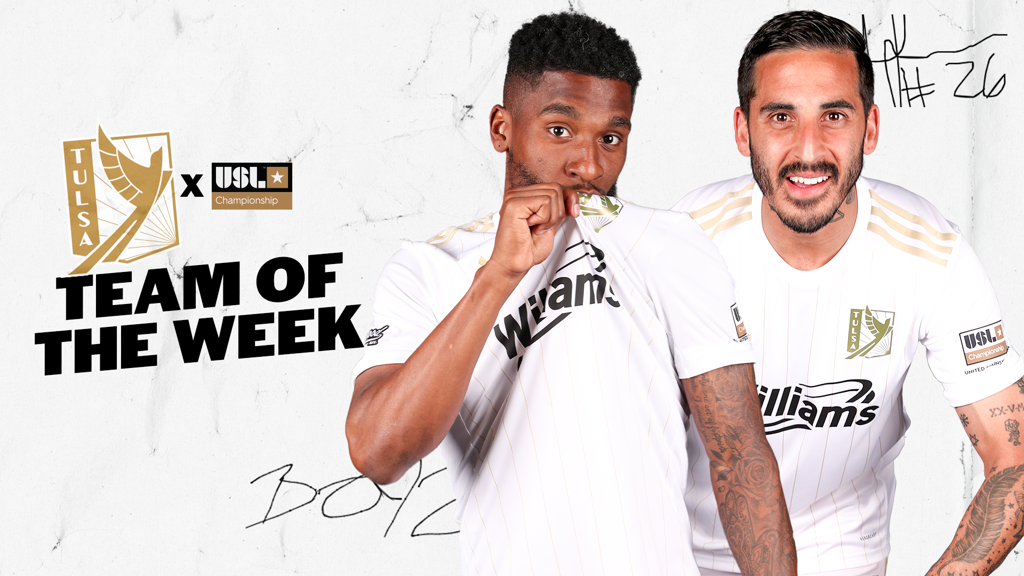 TAMPA – League honors are already rolling in for the team at the top of the USL Championship table. FC Tulsa defenders Jorge Corrales and Bradley Bourgeois were named to the league’s first 11-member Team of the Week of the campaign for their performance in Saturday’s 2-0 shutout win over Sporting KC II. Midfielder Rodrigo da Costa also received honorable mention, appearing on the Team of the Week bench.

Corrales has starred for FC Tulsa on the backline through two regular season matches, recording an assist in each contest. The Cuban left back’s cross to da Costa, setting up FC Tulsa’s first goal against Sporting KC II, made him one of just two players this year to already have multiple assists. That assist was one of three key passes on the evening for Corrales, who also put in a stout defensive shift in Saturday’s victory. He won nine of 10 duels and recorded four interceptions while completing 35 of his 42 passes.

On the right side of the backline, Bourgeois was just as strong. The FC Tulsa captain completed all four of his tackles, made five interceptions and performed 15 defensive recoveries, all of which led the team. He chipped in offensively as well, completing two crosses and recording one key pass.

While da Costa wasn’t included in the USL Championship’s Team of the Week, the midfielder did score a goal and add an assist in FC Tulsa’s home opener to receive honorable mention.

The Team of the Week honors come one day after forward Joaquín Rivas was nominated as one of five finalists for the USL Championship’s Goal of the Week for Weeks 1 and 2 after his beautiful looping goal against OKC Energy FC on April 24. The Goal of the Week is a fan-voted honor, and the winner will be announced on Thursday afternoon.