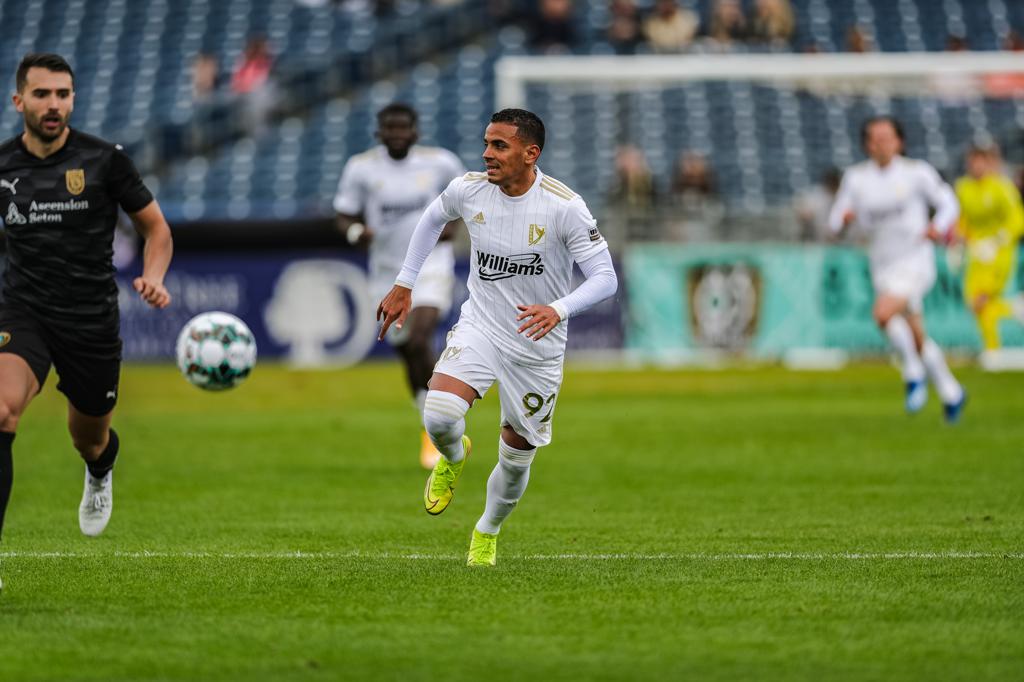 TULSA – FC Tulsa is riding high heading into its 2021 USL Championship home opener against Sporting Kansas City II on Saturday night at ONEOK Field. The club is fresh off a 3-1 beatdown of in-state rival OKC Energy FC last weekend, a win that pushed FC Tulsa to the top of the Central Division standings and extended its franchise record regular season unbeaten streak to eight matches.

Standing in the way of running that streak to nine is Sporting KC II, the last team to beat FC Tulsa in 90 minutes. That match, back on August 29, 2020, saw SKCII upset Tulsa in a 2-1 contest at ONEOK, one of just two losses FC Tulsa took throughout 2020.

A win and some revenge on Saturday night in the first of four meetings between Sporting KC II and FC Tulsa this year would propel Tulsa into sole possession of the top spot in the USL Championship table.

BE AT THE MATCH
Tickets to the match are available for as low as $10 if fans purchase in advance of matchday, and $15 on matchday. Click here to get yours and be at ONEOK to cheer on FC Tulsa.

SCOUTING SPORTING KC II
Sporting Kansas City II is the second team for Sporting KC in MLS. As an MLS 2 team, Sporting KC II is made up of a lot of Academy players and young talent striving to one day join the MLS club. While SKCII’s motivation might be a bit different than FC Tulsa, the team has historically been one of the most successful MLS2 teams in USL Championship history, making the USL Championship Finals in both 2016 and 2017.

One player to watch is forward Ropapa Mensah, who will be a familiar face to two of the FC Tulsa players, Bradley Bourgeois and Lebo Moloto. The trio played together at Nashville SC in 2018 and 2019, helping lead the club to two consecutive USL Championship Playoffs appearances.

THINGS TO KNOW
1) Rivas’ Big Week
It’s been quite the week for forward Joaquin Rivas. Against rival OKC Energy FC on Saturday night, Rivas made his 100th career USL Championship regular season appearance. He made the start even more memorable when he scored the match’s first two goals, sealing the FC Tulsa victory. Rivas then celebrated his 29th birthday on Monday. A goal this weekend would put the Salvadoran into a tie for FC Tulsa’s all-time goalscoring mark, held by Sammy Ochoa (20).

2) Fireworks During and After the Match
As has become tradition at FC Tulsa home matches at ONEOK Field, there will be fireworks during and after Saturday’s match. When FC Tulsa scores a goal, fireworks and pyrotechnics will go off behind each net and along the touchlines. Then after the match, fans can stay at ONEOK for a Fireworks Show, presented by FC Tulsa.

3) ONEOK is Going Cashless
Saturday evening’s match will be the first “cashless” event at ONEOK, to help make it more convenient and safer for all fans in attendance. Fans who make use of the numerous concession offerings or browse through FC Tulsa merchandise will need to pay via credit or debit card. For fans who bring only cash, ONEOK Field will have reverse ATMs for fans to deposit cash and receive a Visa debit card to use at the match.

HOW TO WATCH
While FC Tulsa hopes that every soccer fan in Tulsa is in attendance at ONEOK Field on Saturday night, every match this season, home and road, will be broadcast locally throughout Tulsa on My41. Fans will also be able to stream the match on ESPN+.