FC Tulsa Clocks In at #7 on USL Championship Power Rankings 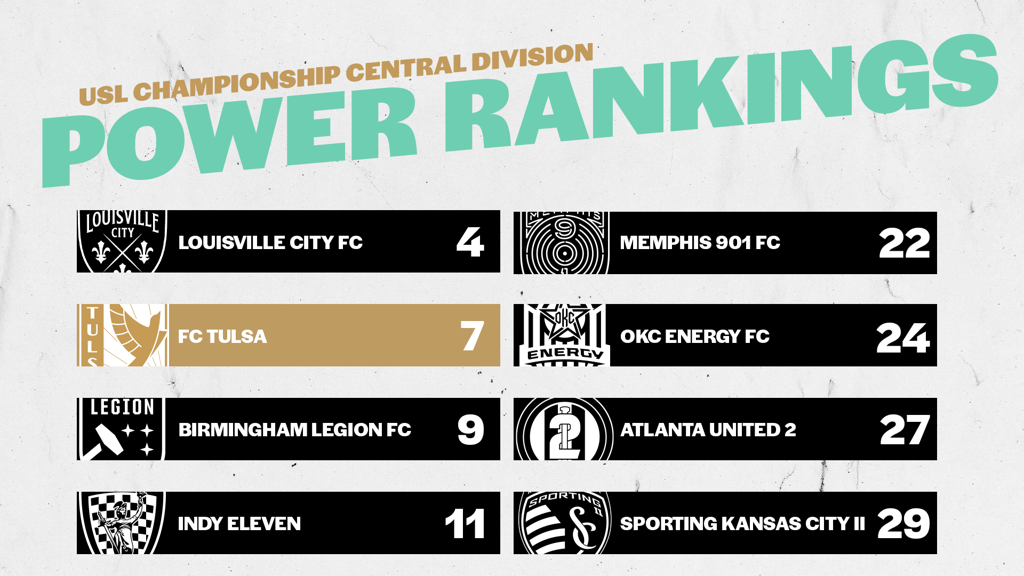 Ranking is highest for club in FC Tulsa era of franchise

TULSA – Big offseason signings, three goals and a Black Gold Derby victory to start the season have FC Tulsa at No. 7 in the USL Championship Power Rankings, released Wednesday. FC Tulsa earned its highest ranking in the new era of the franchise after its season-opening 3-1 road win over OKC Energy FC last Saturday night.

It’s a four-spot jump for FC Tulsa following the final regular season Power Rankings of 2020, where the club clocked in at 11 after a three-match win streak to close the season and earn a USL Championship Playoffs berth.

FC Tulsa was second-highest ranked team in the Central Division behind Louisville City FC (4th), the only other team in the league with a win in 2021 on its record. Birmingham Legion FC (9th) and Indy Eleven (11th) give the Central the only division with four teams in the top 11 of the Rankings. A clear gap exists between the top four teams in the Central and the bottom four as Memphis 901 FC was ranked 22nd, followed by OKC Energy FC (24th), Atlanta United 2 (27th) and Sporting KC II (29th). That foursome also makes the Central the only division with four of the bottom 10 teams in the league.

As a reminder, the top four teams in the Central Division will qualify for the 2021 USL Championship Playoffs. FiveThirtyEight.com has FC Tulsa with a 66% chance to make it back-to-back postseason berths.

FC Tulsa returns to ONEOK Field on Saturday night in its regular season home opener against Sporting KC II. Tickets to the match start at just $10 and are going quickly, so lock in your seat today!