Ciaran Winters' debut shows the faith in his development 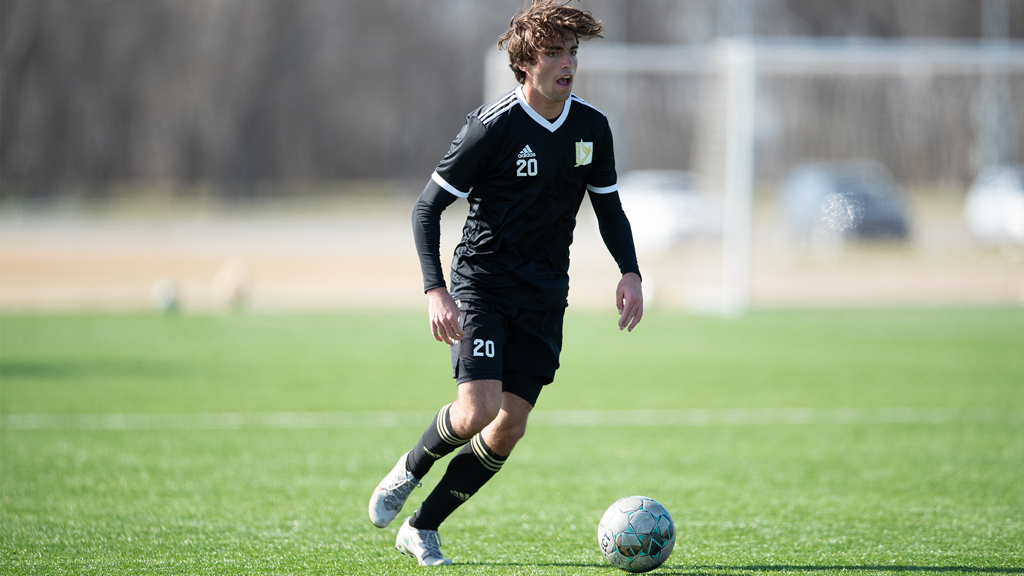 But for Ciaran Winters, it was even more special. In the 89’, Winters made his professional debut for his hometown club. He came onto the pitch and immediately made an impact, finding the ball and even making a dangerous run towards goal as stoppage time ticked on in an emphatic win.

“It was my dream,” Winters said. “It was a dream come true. Now I want to make my full debut, but this is a great start.”

Winters signed in 2020 from Sporting KC’s MLS Academy as FC Tulsa’s first ever Academy Contract signing. He made the bench for August 29’s home match against Sporting Kansas City II, but 2020 was a huge growth year for Winters.

“It’s been a gradual incline,” Winters said. “For myself, with the team, I feel like I’ve gotten immensely better. Through last year, with the guys, the help from my teammates, that’s been crucial to my development. It’s only up from here.”

Winters is a Tulsa native, and he grew up through the Tulsa youth soccer system and Tulsa Soccer Club. FC Tulsa head coach Michael Nsien has known Winters for a long time and was instrumental in his youth development and bringing him to FC Tulsa.

“I would say for Ciaran, I was obviously very happy for him,” Nsien said. “Knowing Ciaran for a long time, having an opportunity to work with him in youth, I thought the enthusiasm that he would bring would help us close out a game in Oklahoma City. I’m sure he would be not only excited for his debut but also to be in a game against our rival. So, it was a good opportunity for him to get the full experience of being a professional against a team that we love to compete with.”

To be subbed on and make your professional debut is an incredible moment for any player but doing so against the club’s biggest rival in a moment that was pivotal to closing out the match shows the faith that Nsien has in the 19-year-old.

“He’s grown a lot, he’s not ‘Academy player Ciaran’ anymore.” Nsien said. “He’s a full professional. He competes day-in day-out with all the other players that play in his position, he’s learned a lot from those guys. Now he’s trying to take the opportunity to take a step above them and get more minutes this season.”

Next up for Winters and FC Tulsa is the home opener against that same Sporting KC II, this Saturday, May 1. Kickoff is set for 7 p.m. and tickets are available for the match.