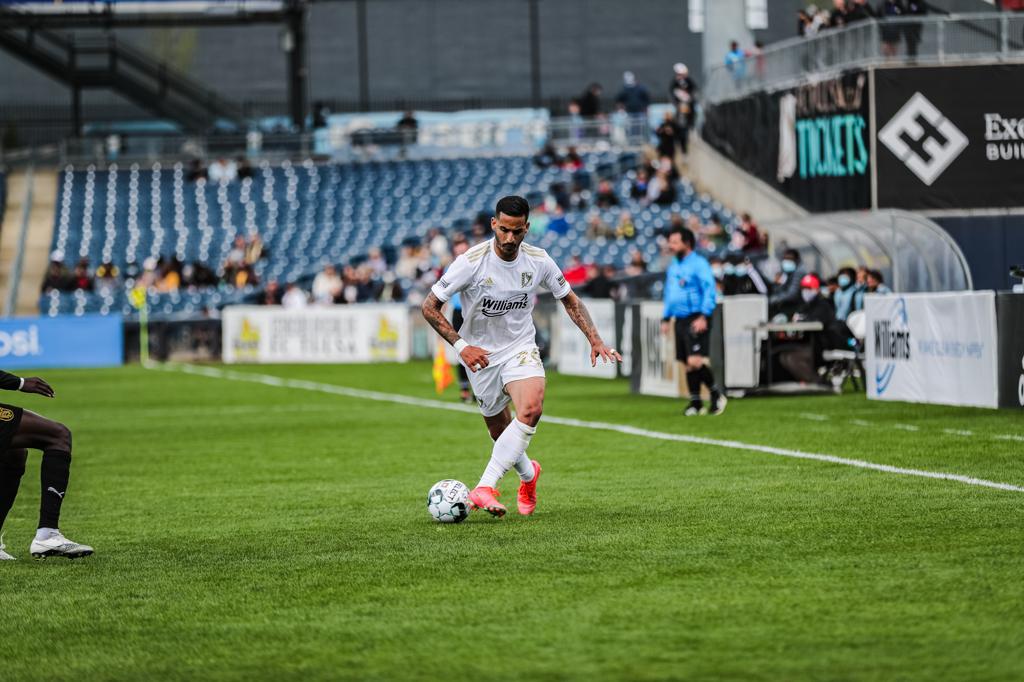 TULSA – The Black Gold Derby – it's a fitting name for the FC Tulsa/OKC Energy FC rivalry considering who holds the Wrench.

FC Tulsa spent 2020 proving that the franchise’s relaunch was more than just a new name and new colors, and outside of its USL Championship Playoff appearance, there may have been no better indicator than winning last season’s Black Gold Derby.

On Saturday night in its regular season opener, FC Tulsa goes from contender to defender when it travels across Oklahoma to Taft Stadium for a 7:30 p.m. kickoff. While this first of four meetings alone won’t determine the Wrench’s status in 2021, an away victory for FC Tulsa on the Taft turf could go a long way to determining its home next season.

Here are 3 Things to Know heading into the match to get you ready for Saturday night’s season opener.

1) Defending the Wrench and a Playoff spot

You don’t need us to tell you what’s on the line in OKC. Not only would a win and three points be an ideal start to FC Tulsa’s #RoadToGold 2021 campaign in the Central Division standings, but it would also give the Wrench holders a 3-0 lead in the Black Gold Derby standings.

However, as FC Tulsa learned last season in its return to play opener at Taft following the long COVID-19 induced layoff, that is easier said than done. The Taft turf isn’t kind to any team and caters towards Energy FC’s direct style of play. To combat that, FC Tulsa will need a quick start on Saturday night to set the tone and allow them to dictate possession and the flow of the match.

If there was room for improvement on the pitch for FC Tulsa this offseason, it was on offense where the club finished with 1.53 goals per match, a number that ranked right in the middle of the 35-team USL Championship. Energy FC meanwhile more than halved that number, sputtering to a league-worst 0.75 goals per match while being shutout in 8 of their 16 contests last season.

Both teams upgraded significantly on offense during the offseason. FC Tulsa signed U.S. international Jerome Kiesewetter and El Salvador international Joaquín Rivas, both forwards with a history of goalscoring prowess in the league. Those players, in addition to returners Darío Suárez, Marlon Santos, Rodrigo da Costa and Lebo Moloto, form an attacking corps that rivals the best in the league.

While OKC’s attacking additions may not have garnered the same headlines as FC Tulsa, Energy FC made some moves throughout the offseason to supplement their attack. Incoming forward Aidan Daniels and midfielders Villyan Bijev and Hiroki Kurimoto are new faces that FC Tulsa fans should see plenty of in 2021.

Forward Joaquín Rivas has had quite the offseason. First, it was announced that the winger would return to Tulsa where he scored 17 goals in 61 matches between 2017 and 2018. Then Rivas learned he had been called into the Salvadoran National Team for a friendly against the United States and two 2022 FIFA World Cup qualifiers, where he notched an assist. Now, Saturday could be another banner day for the 28-year-old.

If Rivas takes the pitch on Saturday night for FC Tulsa, the appearance would mark his 100th in the regular season in his USL Championship career. He would become just the second current FC Tulsa player with 100 appearances, joining Lebo Moloto (154). Several FC Tulsa players are within striking distance of the century mark including Bradley Bourgeois, Eric Bird and Mo Jadama who are all within 15 appearances of 100.

Every FC Tulsa match this USL Championship season, home and road, will be broadcast locally throughout Tulsa on My41. Fans can also tune in on ESPN+, but will see OKC’s broadcast of the match rather than FC Tulsa’s on My41.