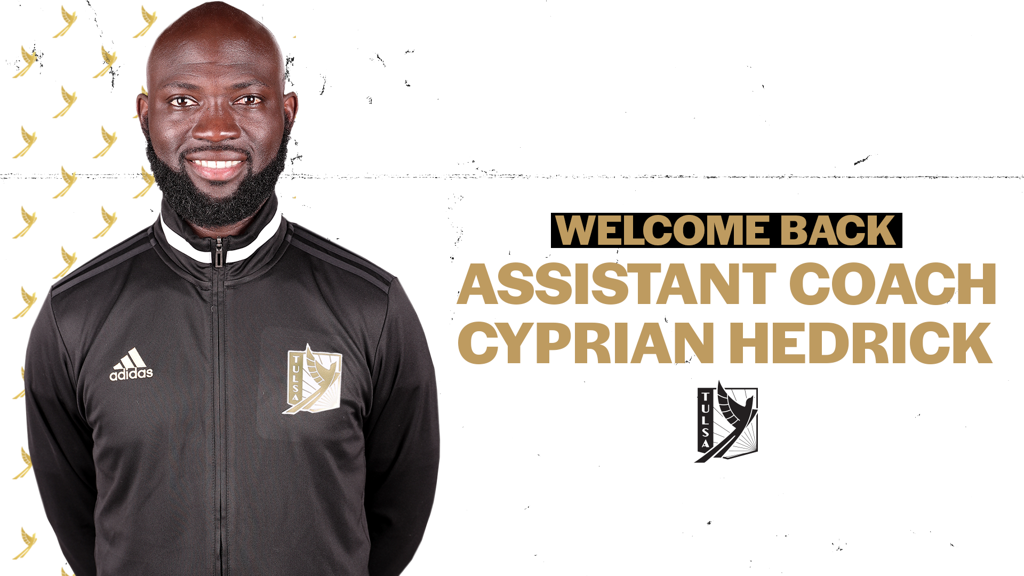 TULSA – A familiar face will return to FC Tulsa’s touchline for the 2021 season. Retired FC Tulsa defender Cyprian Hedrick has been added to the technical staff as an Assistant Coach, joining Head Coach Michael Nsien, First Assistant Donovan Ricketts and Assistant Coach Nemanja Vukovic. Hedrick spent the last two seasons of his prolific pro soccer career in Tulsa, serving as the club’s Captain during the 2019 season.

“Adding Cyprian to our staff, we see an opportunity for him to help our Academy players,” said Nsien. “He’s had a great career and can show our players entering the professional game how to take the right approach to making a career out of soccer.”

Over his eight-year USL Championship career, Hedrick appeared in 167 regular season USL Championship matches, playing nearly 14,000 career minutes. He ranks in the top 20 in league history in both categories… The now 31-year-old made the USL Championship Playoffs in four of his eight seasons in the league, reaching the Western Conference Finals in 2016 with OKC Energy FC.

"I want to thank the organization, Mike and his staff for giving me this opportunity to continue to stay involved in the game at this level," said Hedrick. "It means a lot to be part of such a diverse coaching staff, and I’m looking forward to a great season."

Hedrick’s final two seasons as a professional came in Tulsa as he signed with Nsien and the then-Roughnecks prior to the 2019 season. An incoming veteran with a wealth of experience, he was named the Captain in his inaugural season in Tulsa and appeared in 33 matches, playing every minute of all 33. While he battled injuries in 2020 which limited his playing time, Hedrick’s leadership in the locker room was a critical piece in the turnaround of the franchise during the first season of the Craft brothers’ ownership and the FC Tulsa era.

Beginning in his new role immediately, Hedrick will be on the touchline for FC Tulsa’s season opening match on Saturday night against Energy FC. Kickoff of that match is set for 7:30 p.m. CT and the match will air locally in Tulsa on My41.