Ciaran Winters has big goals for himself in 2021 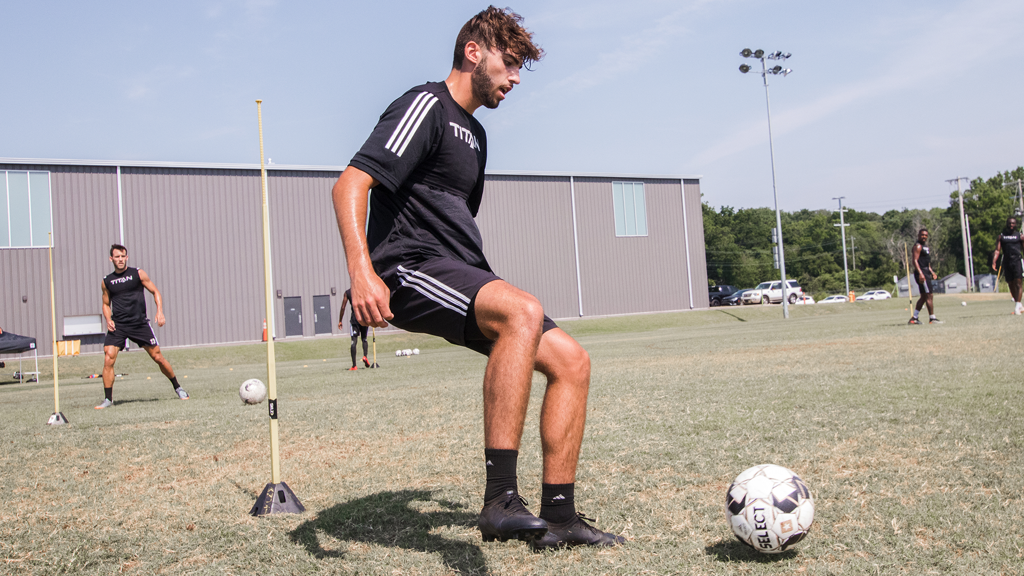 TULSA – The pathway to pro runs through Tulsa, Oklahoma. On Tuesday, Ciaran Winters became the first player in Tulsa’s club history to sign a professional contract after being on an academy contract with the club in 2020.

While Winters didn’t make a regular season appearance in 2020, he made the bench for the August 29 clash against his former club, Sporting Kansas City II. He also scored FC Tulsa’s only goal in a 1-1 draw against Oral Roberts University in the 2020 preseason.

“Returning back to Tulsa means everything to me,” Winters said. “I love being a part of my hometown team and I can’t wait for the season to start. Signing my first professional contract is my dream come true. Ever since I was 4 years old, I’ve been telling my family that’s what I wanted to do. Achieving this goal means the world to me, and it being right here in my hometown makes it even more special.”

Winters grew up in Tulsa, playing youth soccer in his hometown and learning the game under the tutelage of FC Tulsa head coach Michael Nsien. It was Nsien who originally brought Winters to FC Tulsa on an academy contract, and now he’s signed him to a professional one.

“Coach Nsien and I have always had a great relationship,” Winters said. “He’s helped and believed in me for many years, ever since I was a youth player. I’m ecstatic that he’s our head coach. I know that he has big aspirations for the club, and I can’t wait to be a part of his plan.”

Winters has a year of professional soccer under his belt, on top of two years of MLS developmental academy experience. 2021 promises to be bright for the young midfielder, and he holds himself to the highest standard of anyone.

“My 2021 goals are to do whatever I can to get on the field and help bring trophies to Tulsa,” Winters said. “I’d love to score my first professional goal at ONEOK Field. I want to keep the wrench in Tulsa, and I want to make everyone that has helped me along in my journey proud. Tulsa fans are the best around. Being in the atmosphere that they created last year gave me chills every home game, and I can’t wait to get on the field next season.”