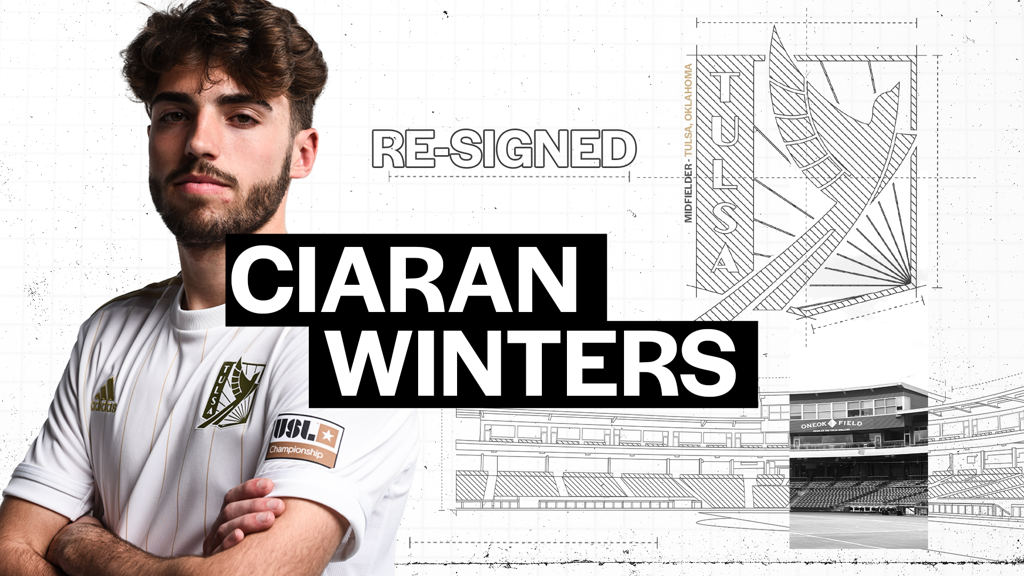 TULSA – FC Tulsa will join the growing list of independent USL Championship clubs offering a pathway for local players to turn professional with the signing of Tulsa-native Ciaran Winters to a professional contract with the club in 2021, pending league and federation approval. Winters, a midfielder, returns to FC Tulsa after being rostered last season on a USL Academy Contract, but impressed throughout the campaign to earn a pro deal.

“After his first pro season under his belt, the expectations for Ciaran will be higher,” said FC Tulsa head coach Michael Nsien. “Becoming a pro player during a year like 2020 was a big challenge. However, every day we saw growth from Ciaran, and now we expect him to capitalize on that growth this season. He has so many tools. This could be a breakout year from him.”

Winters becomes the first player in franchise history to be signed to a USL Championship contract following an Academy contract. While the 19-year-old did not appear in a USL Championship match for FC Tulsa in 2020, Winters did see time on the pitch in the preseason and scored an equalizing goal against Oral Roberts at Holland Hall.

“Returning back to Tulsa means everything to me,” said Winters. “I love being a part of my hometown team, and I can’t wait for the season to start.”

Prior to joining FC Tulsa, Winters played in Sporting Kansas City’s Developmental Academy for its U-17 and U-19 teams. He started his soccer career in Tulsa at the age of 7, winning three youth state titles playing for Tulsa Soccer Club. While in the TSC Academy, Winters received coaching from current FC Tulsa head coach Michael Nsien.

The midfielder joins a strong core of returners from FC Tulsa’s 2020 club which ended the regular season on a franchise-record seven-match unbeaten streak and advanced to the 2020 USL Championship Western Conference Quarterfinals in the postseason. He is the 12th player on the 2021 FC Tulsa roster and the final returner currently signed to a 2021 contract, although discussions remain ongoing with other players from the club's 2020 roster.