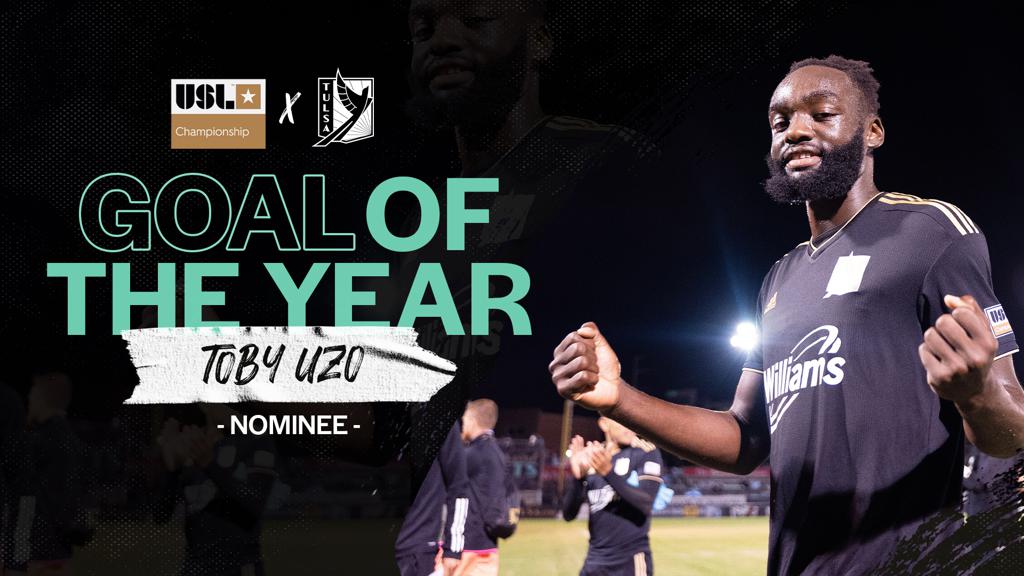 Uzo is defending Goal of the Year champion

TAMPA – Tobenna Uzo has the belt and doesn't want to give it up yet as FC Tulsa’s hero in the 2020 Black Gold Derby has a chance to make it two straight USL Championship Goals of the Year. Uzo’s diving header to beat OKC Energy FC at ONEOK Field is one of two Finalists to take home this year’s award, after the forward won the honor last season with an overhead bicycle kick goal.

Over the last two weeks, FC Tulsa fans have voted Uzo’s header to the Finals of a 16-goal bracket where he will face off against New Mexico United midfielder Saalih Muhammed’s strike against Colorado Springs Switchbacks FC in July. Fans can vote on the winner through the league’s website (link) for the next week. Voting will close on Monday, November 30 at 11 a.m. CT and the winner will be announced shortly after.

So far in the bracket, Uzo’s goal has advanced past Charleston Battery’s Stavros Zarokostas in the Round of 16, Tampa Bay Rowdies’ Kyle Murphy in the Quarterfinals and Reno 1868 FC’s Emilio Ycaza in the Semifinals.