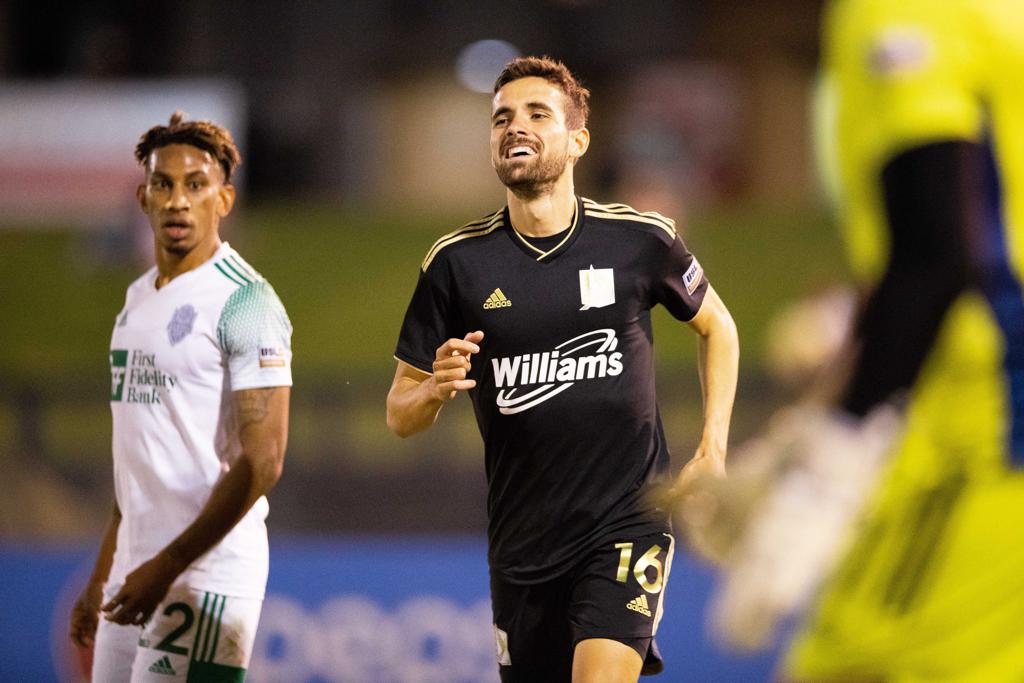 Only one USL Championship club will finish 2020 with champagne spray and a trophy lift. The other 34 teams will walk off the pitch wishing they could re-do moments or games or maybe even the entire season, the goal of a title unrealized for another year.

Saturday night on the western border of Texas, FC Tulsa was forced to make that painful walk following its heartbreaking penalty shootout loss in the playoffs to El Paso. The normal music, conversations and bustle of the postmatch locker room were noticeably absent as silence reigned and tears fell. The only noise came from a distant Locomotive FC celebration.

While FC Tulsa’s 2020 season ended with a playoff berth for the first time since 2017, that regular season success did little to tamper the disappoint from an exit earlier than FC Tulsa head coach Michael Nsien expected.

“Honestly, the team I recruited, I felt like we could have a serious run at a championship,” said Coach Nsien in the FC Tulsa coach’s room after the match. “I know everyone says that, but getting into preseason and seeing the quality of some of the players…I felt that, on our day, we could beat anyone.”

One player’s whose quality shone the brightest on Saturday was goalkeeper Sean Lewis. The Rockford, Mich. native was the unquestioned hero for FC Tulsa on Saturday night, making a number of highlight reel saves against a persistent El Paso attack. Although his work in net to keep El Paso from ever finding a winning goal nearly carried Tulsa to the Conference Semifinals, even he was left wondering if there was more he could have done.

“You get a sense for reading people and where they like to go,” said Lewis. “Unfortunately, I couldn’t get the timing quite right. I think I went the right way on three of the penalties, and that’s tough to swallow.”

Penalty kicks are a mini-game – a mixture of reactions, research and often luck. So contrarian to actual soccer, they are only reserved for moments like Saturday night where a winner and loser must be determined. In the end, that’s what it took to end FC Tulsa’s renaissance season that was hallmarked with resurgence and resilience.

“I’m extremely proud and honored to be a part of this group with how well we dealt with the adversity and showed a ton of heart,” said Lewis. “The effort and focus it took to compete at this level and the level we have been playing at all year, it’s been great to see. It’s inspiring for me to have guys in front of me that have this much heart. It’s been a great year. I’ve enjoyed this year tremendously. [We’re] going to take a little bit of time off, but I’m already looking forward to next year.”

Evident throughout the season was the team bond and community love among FC Tulsa’s players. While the fan/player relationship looked a bit different in 2020, the gratitude for the overwhelming fan support was never in short supply. Following the final home match of the regular season where FC Tulsa delivered a win and a playoff berth to its fans, defender Matt Sheldon put into words the appreciation this 2020 team had for the Tulsa community. 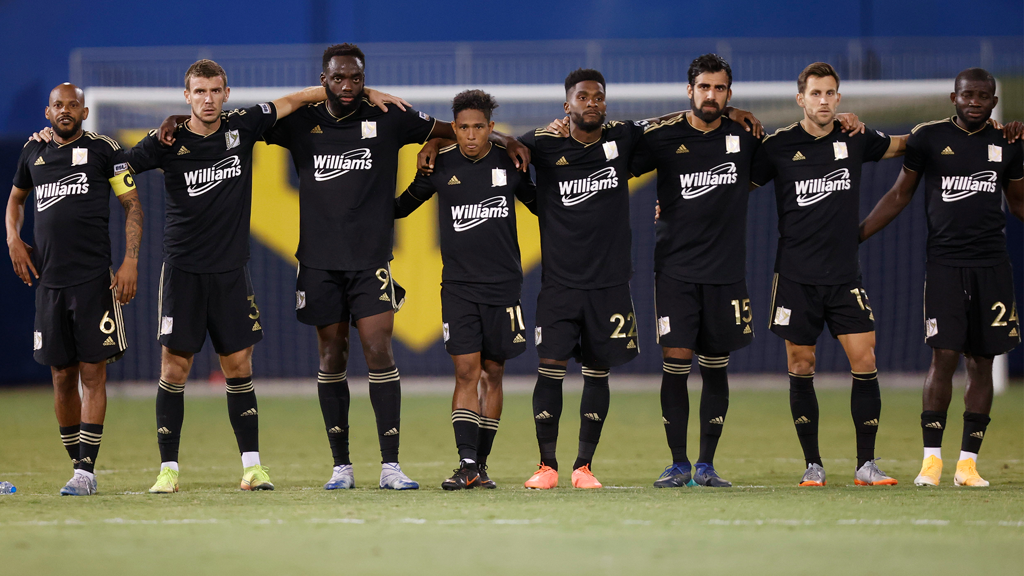 “[It was] amazing. I was here last year, and it definitely wasn’t the best season,” said Sheldon. “To go through that, experience those lows and this year to get into the playoffs makes it so much more worth it. The fans deserve a lot. We’ve been working hard, and the fans have been there the entire time. It’s amazing to win and clinch the points and playoffs at home in front of everybody. You can’t really ask for more.”

Rodrigo da Costa knows firsthand the extreme lows and highs of the last 18 months for this franchise. Like Sheldon, he was a part of the 2019 Roughnecks team that went winless in 17 straight USL Championship matches to extinguish any playoff hopes well before the end of the season. Just one year later, da Costa, Sheldon and many others who went from Roughneck to Scissortail sat dejected following a defeat that prevented year one of the rebuild from turning into a championship.

“It was really good to be a part of this turnaround, said da Costa following Saturday night’s heartbreak. “That’s why I didn’t leave, because I knew that this Tulsa team could go far. I spoke with Coach [Nsien] at the beginning of the year, and he told me that we had a good plan. With the new owners, the front office, I knew that things were going to change. I wanted to be a part of that.”

In the midst of playoff regret shines hope. The rebuild officially enters year two and a franchise that used to long for any spoonful of success is now hungry for more than the plateful it helped itself to this season.

Da Costa is one of four players who signed multiyear deals this past offseason as a core pieces of the franchise. Ownership has committed to keeping its best players in Tulsa to continue to build on success each season. As one of those players, da Costa is excited for the promise of 2021.

“I love the community, I love Tulsa, so I wanted to be a part of this change,” said da Costa. “I’m going to give everything. Whatever this club needs me to do, I will do it. I really think that every year we can be better, and we are really putting Tulsa on the map.”