10 Reasons Why FC Tulsa Punched its Ticket to the Postseason 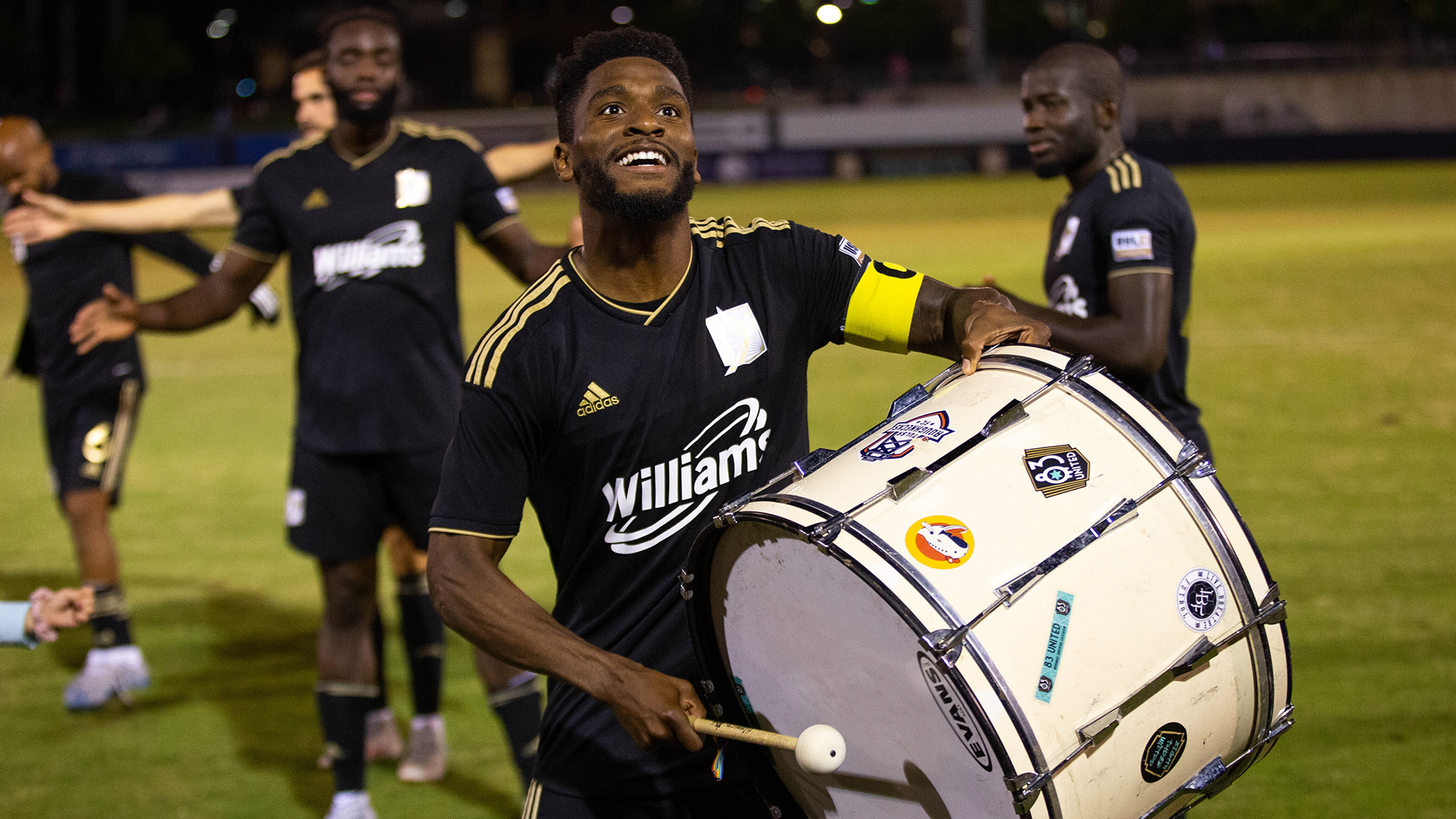 FC Tulsa is Playing Playoff Soccer for the second time in franchise history, and here's why

TULSA – With a dominating 2-0 performance in its home finale, FC Tulsa clinched a playoff spot in the inaugural season of its new era under the ownership of the Craft. Check off another benchmark in year one of the “rebuild” of the club, so to speak. But how did Tulsa’s USL Soccer franchise go from finishing 16th out of 18 teams in the Western Conference just a year ago to a playoff team in one season?

Here are 10 reasons why FC Tulsa punched its ticket to the postseason.

Making the playoffs begins and ends with the players on the pitch, and it’s no secret that the with the Craft’s ownership a significant increase in roster budget was made to infuse the roster with talent and depth. In the offseason, head coach Michael Nsien and his staff signed 13 new players to the club, more than half of the total roster. Ten of those new players finished in the top 14 in minutes played for the side in 2020, showcasing the large impact made by new faces.

Way back on March 7, FC Tulsa opened what it thought would be a normal regular season, traveling to Sacramento Republic FC, one of the top teams in the USL Championship. Despite being outshot 21-6 and a falling behind 1-0, FC Tulsa fought back, snatching a late equalizer to even the final scoreline at 1-1. While it wasn’t a pretty result, it set the tone for the season that Tulsa was contender.

In 2019, Rodrigo da Costa scored nine goals with 13 assists and was named to the All-USL Second Team. He carried that momentum over into 2020, scoring FC Tulsa’s first two goals, both bringing the club back level after it had fallen behind 1-0 on the road. While da Costa would only add one more goal throughout the season, his two early goals secured big road results for FC Tulsa.

FC Tulsa keeper Sean Lewis played every minute of the season in net for FC Tulsa, and always seemed to come up with a big save when needed. He finished tied for 3rd in total saves with 51 on the season and allowed the fewest goals per match of any keeper to make 40 or more saves in 2020. Lewis was at his best against the best, holding San Antonio FC scoreless twice this season in a 1-0 win and a 0-0 draw as FC Tulsa was the only team to keep San Antonio off the scoresheet in any match in 2020.

5) Most Improved Defense in the USL Championship

The Tulsa Roughnecks were one of the worst defensive teams in the USL Championship in 2019, conceding 69 goals in 34 matches, an average of 2.03 per match. In 2020, with a healthy Sean Lewis and defensive additions Bradley Bourgeois, Kevin Garcia, and Callum Chapman-Page, among others, they nearly halved that number, allowing 16 goals in 15 matches, an average of 1.07. That 0.96 goal per match improvement between 2019 and 2020 was the best for any USL Championship team.

Darío Suarez may not have wanted to wake up when September ended because he had a dream month for a forward. In the month of September alone, he scored six goals in a span of four matches between September 2 and September 12, bagging at least one goal in each match. His hot streak was desperately needed as FC Tulsa secured six points in the four matches to earn two results in Austin and a win over Rio Grande Valley FC.

Midfielder Eric Bird might have only scored two goals in 2020, but each was match-winning goal against a fellow USL Championship playoff side. And yes, both were bangers. He got his first goal in FC Tulsa colors on August 8 at Saint Louis FC when he scored a 20-yard strike to give FC Tulsa a 1-0 first half lead it would not relinquish. Bird then delivered one of the most memorable moments of 2020 when he scored a mid-air volley in stoppage time from 15 yards out to beat San Antonio FC at ONEOK Field, giving FC Tulsa three points against the best team in USL Championship at the time.

It’s not a successful soccer season in Oklahoma unless you win the Wrench, and unfortunately, that trophy has fallen into the hands of the wrong team since 2017. That changed this season when super subs Cristhian Altamirano and Toby Uzo teamed up for a pair of goals in the final 10 minutes to turn a 2-1 deficit into a 3-2 victory. Two Altamirano crosses found the head of the tall striker who turned the dimes into goals, beating OKC Energy FC last week at ONEOK. The win secured the Wrench and put FC Tulsa on the precipice of the playoffs.

Championship winning teams usually end up peaking at the right time, when it matters most. There is no doubt that FC Tulsa started playing its best soccer at the end of the season with a playoff berth in site. The club won each of its final three matches to secure a USL Championship playoff spot, culminating in a dominant, clinching 2-0 win over Colorado Springs Switchbacks FC last Saturday night. FC Tulsa scored two first half goals to leave little doubt, but more impressive was the zero shots on target allowed by the defense.

It has been a tough year. However, it was made a little less tough by the fact that FC Tulsa was allowed to have fans at each of its eight home matches in 2020. Even with limited capacity and safety protocols, the city of Tulsa got behind the club to provide a unique home field advantage that many teams other USL Championship teams playing behind closed doors were unable to enjoy. Tulsa’s record at home speaks to that home-field advantage as Tulsa went 4W-3D-1L at home, securing 15 of its 25 points in the friendly confines of ONEOK Field. The fans made the difference in 2020.

Make sure to stay tuned as more information about FC Tulsa’s playoff match on Saturday at El Paso Locomotive FC is revealed this week. Fans can follow along @FCTulsa on Twitter, Instagram and Facebook for the latest club news and updates.