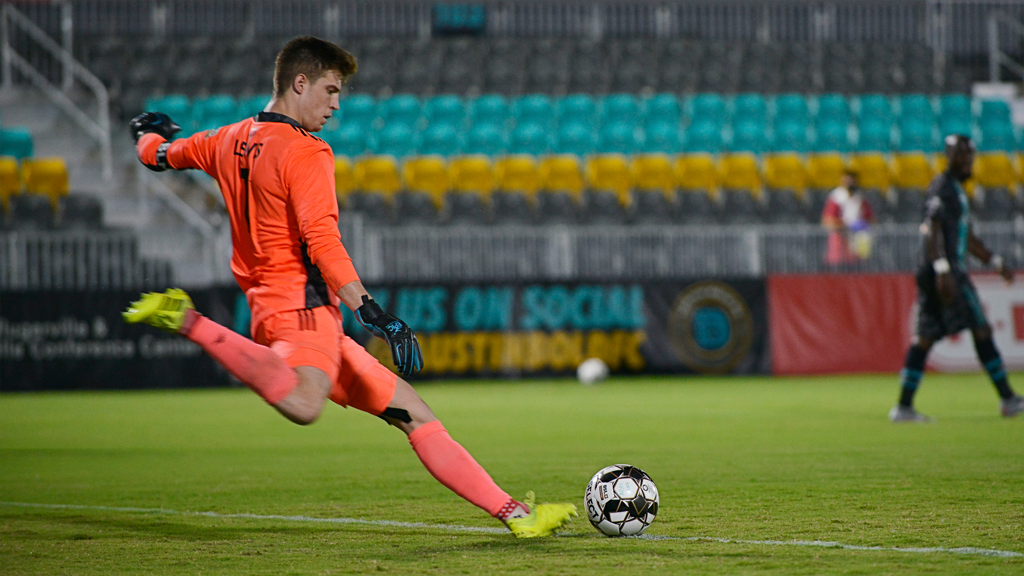 AUSTIN – After two early goals from Darío Suárez, a goal on either side of halftime from Austin Bold FC meant that another 2-2 draw was on the cards for FC Tulsa in the Texas capital. In what statistically appeared to be a rather lopsided match, Austin Bold fired 35 shots towards the net of Sean Lewis, with 8 of them on target. Lewis was stellar once again, making six saves and keeping FC Tulsa in it from start to finish.

Darío Suárez netted the opener when in the 17’ he latched onto a chipped pass from Rodrigo da Costa and put it through the legs of Diego Restrepo to make it 1-0. Just 20 minutes later, Suárez would punish Restrepo again, capitalizing on a save that the Bold FC keeper spilled. Martínez had the shot that Restrepo stopped, but Suárez was right there to chip it over and in. Suárez now has five goals in his last three matches and seven on the season to go along with one assist.

FC Tulsa was keen to get into the half unscathed, as Bold FC mustered 10 shots already in the first period. In the 45’+3, Ish Jome took a shot that ricocheted off the arm of Bradley Bourgeois, and the referee signaled for a penalty. Sonny Guadarrama stepped up to take it, and Bold snatched one back before halftime.

Coming out of the break, Bold got off to a quick start, scoring in the 52’ through Fabien Garcia. The Frenchman pounced on a ball at the back post after Sean Lewis made a parried save from a header.

Once it was 2-2, Austin Bold turned up the pressure for the last 38 minutes. The hosts had 23 shots in the second half but managed to put only six on target. It would finish 2-2, and after all three matches between Bold FC and FC Tulsa, it’s three points apiece and three draws.

Here are three takeaways from tonight’s match.
1) Suárez is streaking – Darío Suárez is on some type of scoring streak. The Cuban forward has five goals in his last three matches, and seven in his last eight, which is tied for the best three-match stretch in the league this season.

2) Moloto Milestone – Midfielder Lebo Moloto made his 150th USL Championship appearance tonight, an achievement that only 33 players have made all-time. Teammate Cyprian Hedrick is one of those 33 as well, and the defender made his 167th appearance in Austin on Tuesday.

3) Down the home stretch – Four of the five clubs in Group D have five matches to go (RGV FC have just four), and FC Tulsa has four of them at home. It begins with a Black Gold Derby this Saturday, but the road to an FC Tulsa playoff berth goes through ONEOK Field.

Up Next:
FC Tulsa hosts rival OKC Energy FC at ONEOK Field this Saturday at 7 p.m. It’s a crucial match for FC Tulsa in the fight for the playoffs, and it’s the first Black Gold Derby at ONEOK Field in the new era. Come out and catch the match, and be sure to get your tickets today at fctulsa.com/tickets.