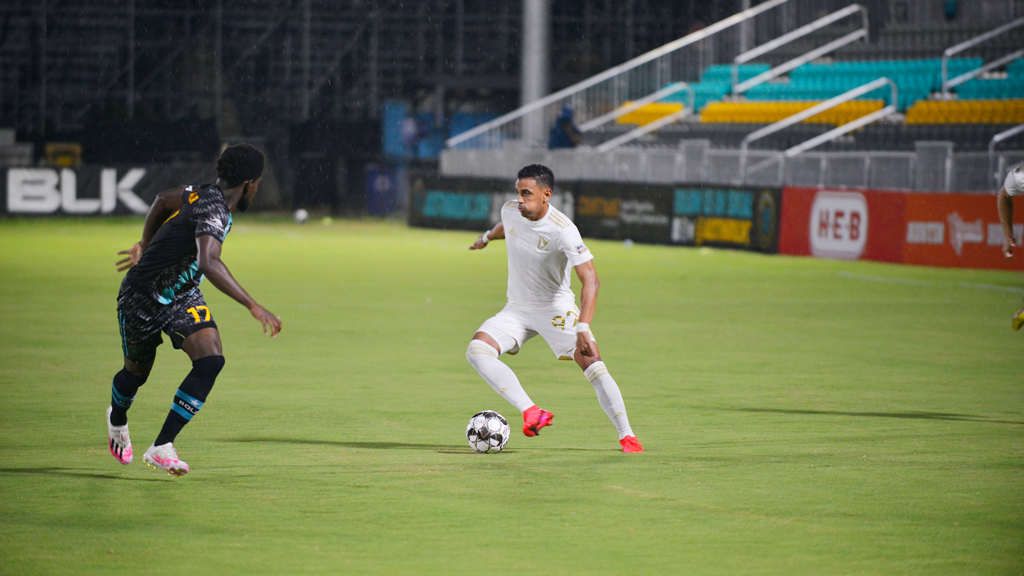 TULSA – After the first of two consecutive matches between Austin Bold FC and FC Tulsa, there was nothing to separate the two sides. A Darío Suárez belter from outside of the box put Tulsa ahead in the 30’, but a 74’ equalizer from Roberto Avila means that the two sides remain level on the season, and the standings in Group D remain the same.

Suárez got the goalscoring going with an incredible strike that found the top left corner. Ariel Martínez chased down a ball in the corner, and after laying it off for his Cuban strike partner, Suárez curled it near post past Diego Restrepo despite the Bold keeper getting his paws on it.

The match would go into the half at 1-0, thanks in part to the heroics of Sean Lewis. FC Tulsa’s man in net had three saves at the half and made five total in the match.

Bold FC peppered the net in the early second half, and its equalizer finally came when Josue Soto crossed in a ball that fell to Avila, who finished past Lewis. FC Tulsa rebounded quickly, though, making a quadruple sub in the 82’ that livened up the match.

As stoppage time arrived, FC Tulsa put the pressure on Austin with some dangerous chances, including the last play of the match. Cristhian Altamirano whipped in a cross which Suárez got a head on, but Restrepo made an excellent save at close range for his only save of the match.

Here are three takeaways from the first of a crucial doubleheader.
1) Suárez on fire – Darío Suárez scored his third goal in two matches with his strike on Saturday. His five goals and an assist in the last seven matches means he has contributed to half of FC Tulsa’s goals this season.

2) Sean stellar between the sticks – A vintage Sean Lewis match on Saturday night saw the keeper make five incredible saves. His 32 saves this season are top 7 in the league, and he has one of the best save percentages of goalkeepers who have faced more than 30 shots.

3) All on the line on Tuesday – After two of the clubs’ three showdowns in 2020, FC Tulsa and Austin Bold are all square. The final matchup on Tuesday has massive implications for the playoffs, as a win on Tuesday would put FC Tulsa three points ahead of Bold in the table with five matches to play.

Up Next:
FC Tulsa and Austin will do it all again on Tuesday night at 8 p.m. at Bold Stadium. The match will be live on My41 Tulsa and ESPN+, and fans can catch the match at either the Elgin Park watch party or the Tulsan Bar watch party.