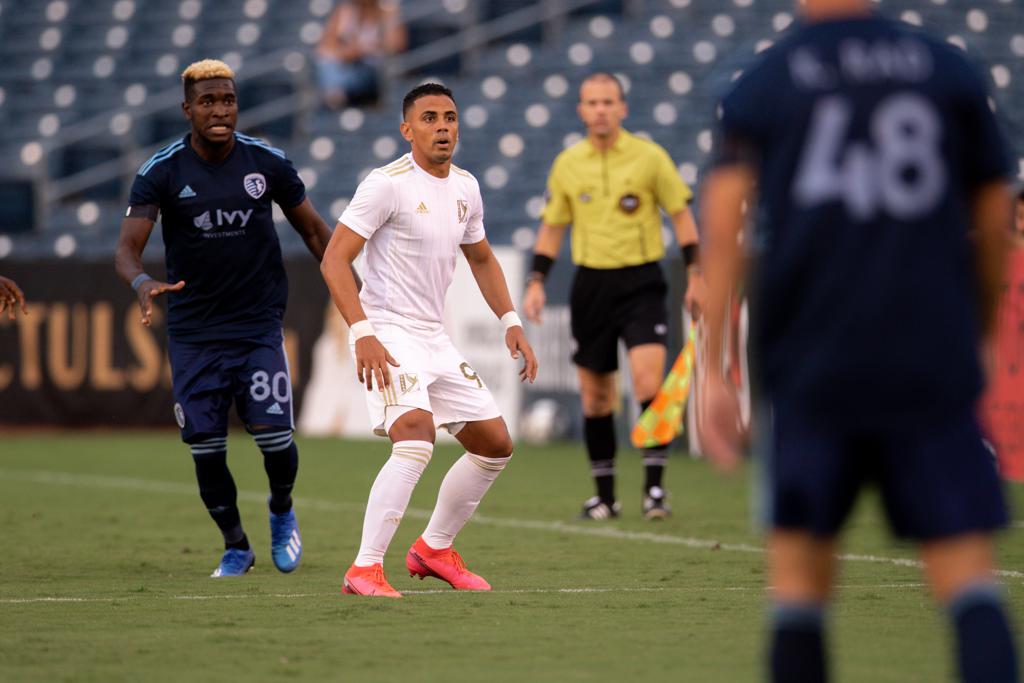 TULSA – It was heartbreak in Tulsa as FC Tulsa suffered its first home loss of the new era on Saturday night, falling 2-1 to Sporting Kansas City II. The out-of-group clash was full of energy and chances, but it was the visitors from Group E who made the better of them, opening the scoring in the 20’ through Fredlin Mompremier.

FC Tulsa bounced back, though, getting back on the front foot and pressuring the Sporting KC II defense. In the 39’, it was the captain, Ariel Martínez, who equalized for FC Tulsa with a beautiful chip over the goalkeeper Brooks Thompson. The match would go into the halftime break 1-1.

Play resumed in the second half with a high-energy, back-and-forth contest. Against the run of play, Sporting Kansas City II took the lead once again in the 55’ through Wilson Harris, as the young forward darted across the face of goal and met a low cross which he slapped into the back of the net.

FC Tulsa chased the equalizer for the remainder of the match, and it thought it found one, when in the 90’+5 Darío Suárez headed in a cross from a Vangjel Zguro free kick. The celebrations were halted though, after a delay, when the assistant referee decided the Cuban was offsides by mere millimeters.

Here are three takeaways from the match.
1) Heartbreak for Tulsa – FC Tulsa thought surely it had grabbed a winner at the death, but the linesman’s flag was judge, jury, and executioner on this one.

2) Have to have a short memory – FC Tulsa must rebound quickly, as it’s back home on Wednesday night for a huge match against Group D cellar-dwellers Rio Grande Valley FC.

3) Huge matches upcoming – FC Tulsa remains just outside of a playoff spot but has a crucial stretch of matches upcoming. Wednesday against RGV FC is the first challenge, but in the next 15 days FC Tulsa also has matches against Austin Bold twice and OKC Energy FC. Those points will be absolutely crucial in securing a playoff spot in Group D.

Up Next:
FC Tulsa turns it around for a midweek home match against RGV FC on Wednesday night at 7 p.m. Tickets are available for this massive match at fctulsa.com/tickets, on the phone at (918) 297-6808, or via email at tickets@fctulsa.com