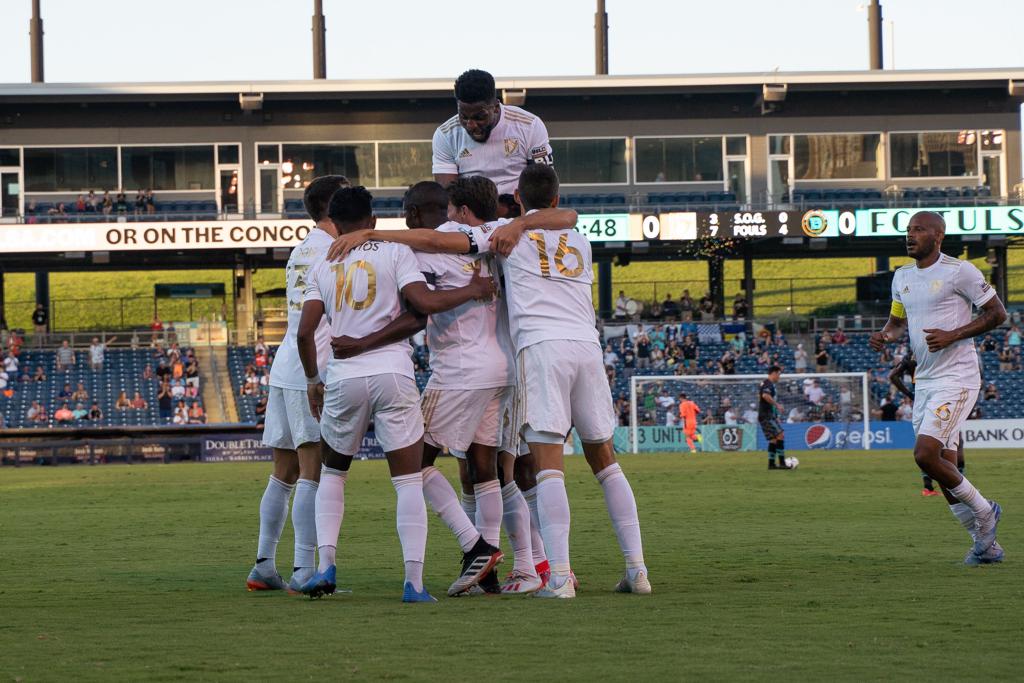 TULSA – FC Tulsa has set a new record for the longest unbeaten run in franchise history. While there is cause for appreciation at the tectonic turnaround that the club has showed in the beginning of 2020, FC Tulsa’s 2-2 draw with Austin Bold FC on Wednesday night will leave a bitter taste in the mouths of the home team.

After taking the lead in the 27’ off a Lebo Moloto ripper from outside of the box, FC Tulsa found itself once again battling for control in a relatively even match. After being awarded a corner in stoppage time of the first half, Bold FC’s Ishmaila Jome sent in a cross from the ensuing action that found the head of Fabien Garcia, who flicked it past Sean Lewis for 1-1.

It would go into the break level, but it was FC Tulsa who were determined to seize control of the match once again. In the 65’, Vangjel Zguro whipped in a ball to the back post that found defender Bradley Bourgeois. The Vice-Captain brilliantly headed it down, putting it on a platter for Darío Suárez who volleyed it home to make it 2-1.

The match went back and forth for the last 25’, with both teams fighting for the crucial deciding goal. It was the visitors, however, that broke through to level the score once again at 2-2 in the 82’. Xavier Baez sent in a free kick from outside of the box that glanced off the head of the substitute Sean McFarlane and in for the goal.

The match would finish level, with both teams taking a point back to the table in Group D, who’s name will soon be elongated to Group Draw at this rate after Tulsa’s fourth draw in six matches.

Here are three takeaways from the match.

3) Social distancing in the table
Wednesday’s draw keeps FC Tulsa in playoff position, maintaining the two points of separation ahead of Austin Bold FC and still chasing San Antonio FC in first place. With two matches in hand on the group leaders, Saturday’s clash down in Texas is a veritable six-pointer in the battle for top spot in the playoffs.

UP NEXT
FC Tulsa’s next match is Saturday August 22 against San Antonio FC, with kickoff set for 8 p.m. from Toyota Field. After that, FC Tulsa has a week’s break before it returns home to take on out-of-group foe Sporting Kansas City II on August 29. Visit FCTulsa.com/Tickets or call (918) 297-6808 to get your tickets today.