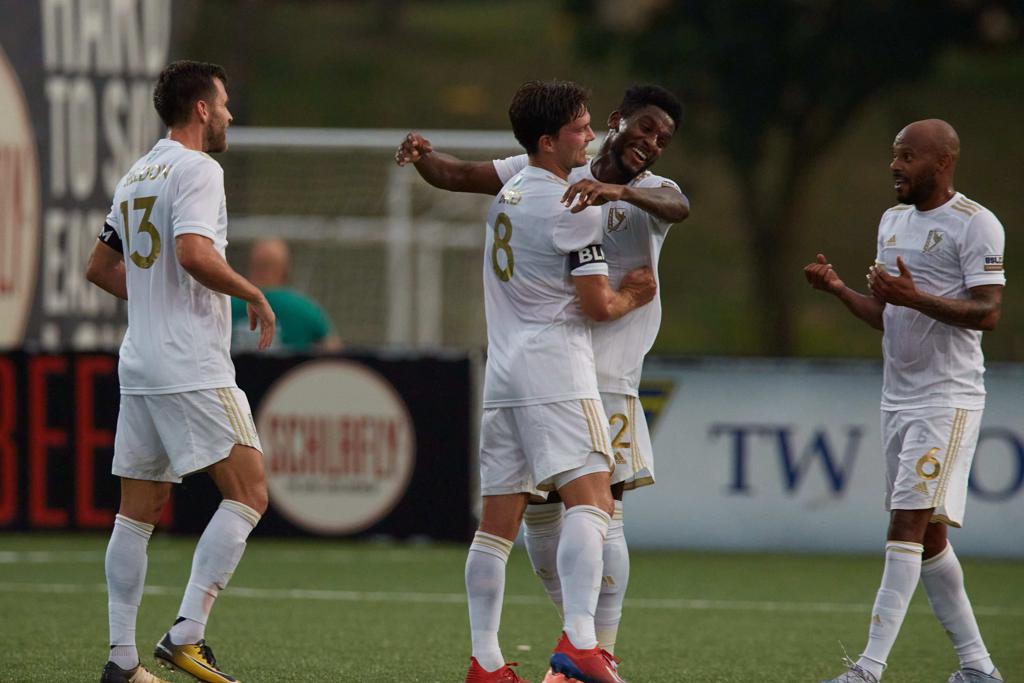 No, it’s not just a Michael Buffer quote. Two goals, three points, one win on Saturday night at Saint Louis leaves FC Tulsa as one of just four unbeaten teams left in the USL Championship and securely in playoff position in Group D.

An opening 25-yard screamer from Eric Bird paired with a silencer from Dario Suarez in stoppage time were all FC Tulsa needed to snag the first win in the Gateway City in franchise history, 2-0. It was just Saint Louis FC’s fourth loss at home in its last 21 matches.

In what was a prize fight between two clubs in playoff position in their respective groups, FC Tulsa came out of the gate with the momentum, and it ultimately culminated in a wonder strike from the midfielder Bird just before halftime. Tulsa went into the locker room up 1-0 from Bird’s banger.

The second half was nearly the opposite of the first as Saint Louis poured on the attack and FC Tulsa dug its heels into the ground. The defense held long enough for super sub Darío Suárez to double the lead in stoppage time.

On his 28th birthday, Suárez found the net just five minutes after hitting the post to seal the deal and keep FC Tulsa unbeaten.

Here are three takeaways from the 2-0 victory.

With the goals, both Bird and Suárez found the scoresheet for the first time in their short FC Tulsa careers. For Bird, it’s the 14th USL Championship goal of his six-year career and first since September 22, 2019. Suárez has been a bit more prolific in his career as a forward and proved his proficiency for goal with three preseason goals for FC Tulsa in the spring.

Another first for the FC Tulsa era was accomplished on Saturday night: the first clean sheet. Starting keeper Sean Lewis has been tremendous in the first four matches of 2020, allowing just three goals and never more than one in any match. He now has a clean sheet to his name as he and the FC Tulsa D kept all 13 Saint Louis shots out of the net.

Head Coach Michael Nsien revealed after the match that he targeted eight points out of the team’s first five matches in 2020, all on the road, before the home opener on Wednesday, August 12. The five-match roadtrip turned into a four-matcher after a postponement against Austin Bold FC a few weeks ago. With one fewer match played, Coach Nsien’s squad comes back to Tulsa with eight points in hand. Achievement unlocked.

Now FC Tulsa makes its new-era debut at ONEOK Field at long last. At 7 p.m. on Wednesday night in the Greenwood District, the referee will blow his whistle and kick off the franchise’s future in T-town. It’ll be historic, electric, socially-distant and most importantly, fun. Tickets are available now at FCTulsa.com/tickets. We’ll see you there.