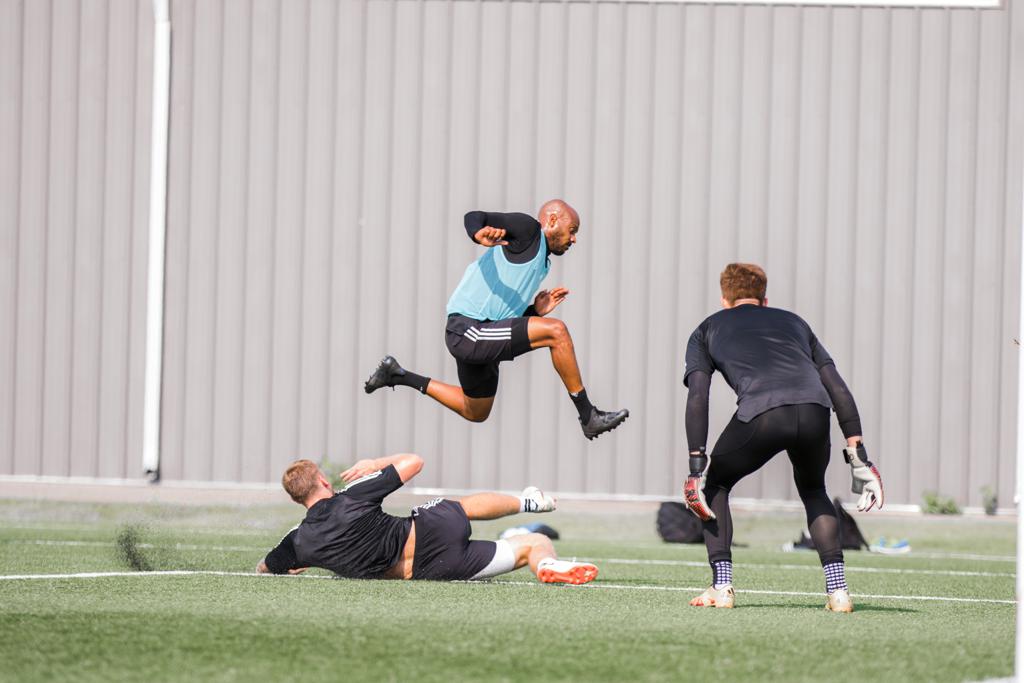 TULSA – FC Tulsa’s 2-1 win over Rio Grande Valley FC continued the franchise’s best ever start, as FC Tulsa now sits at five points from its first three matches. When the match, which was initially slated to kickoff at 8 p.m., finally finished later than 2:30 a.m. Sunday morning, FC Tulsa headed back to Oklahoma with three points in hand and its sights set on a second consecutive victory on the road at Saint Louis FC.

The match is scheduled to kick off at 7 p.m. from West Community Stadium, the recent site of an emphatic victory over Eastern Conference powers Indy Eleven and a dramatic draw over Group E opponents Sporting Kansas City II in Saint Louis’ last two home matches.

While FC Tulsa has had a week of training to prepare for this one, Saint Louis FC is coming into Saturday’s match having played Sporting Kansas City II on Wednesday night.

With a slightly rotated squad playing Wednesday in preparation for Saturday, Saint Louis FC needed a late equalizer to nab a point at home against SKCII. USL Championship save leader Kyle Morton was on the bench Wednesday, but expect the keeper to start on Saturday against FC Tulsa. Saint Louis’ leading scorer, Tyler Blackwood, started and played 90 minutes.

Out of group affair – FC Tulsa will play its first match since the restart against a team outside of Group D. Any points earned in Saturday’s match against Saint Louis FC will count towards the league table, both for FC Tulsa in Group D and for Saint Louis in Group E. The match is one of three that FC Tulsa will play outside Group D (Sporting Kansas City II on August 29, and Colorado Springs Switchbacks FC on October 3).

Heavyweight showdown – FC Tulsa’s first match as a team in a playoff position will come against another team with playoff hopes in Saint Louis FC. Both teams sit at second place in their respective groups, so points will be hotly contested as each are competing to solidify their status as playoff contenders.

Reunion in Fenton – Matt Sheldon and Eric Bird will both be among familiar company In 2014, FC Tulsa midfielder Eric Bird and Saint Louis FC midfielder Todd Wharton were dominant pieces to the University of Virginia’s College Cup winning team. The two went from college teammates to pro teammates at Rio Grande Valley FC from 2016-2018 but will meet on Saturday night at opposite ends of the pitch. FC Tulsa right back Matt Sheldon will play his first match against his former team after spending the 2017 season with Saint Louis FC. He made 13 appearances for Saint Louis and recorded his first career USL Championship assist with the club before a season-ending injury curtailed his campaign in August. It won’t be the first time he sees his former club, however, as FC Tulsa has played Saint Louis FC in each of the last two preseasons.

The match will broadcast nationally on ESPN+, ESPN’s subscription-based platform, and internationally on the USL Championship YouTube channel. If fans would like to watch with other fans, FC Tulsa will be hosting a watch party at ONEOK field. Gates open at 6 p.m., an hour before the 7 p.m. scheduled kickoff.

Club representatives will be selling merchandise, so fans are welcome to come out and cheer on FC Tulsa as they take Saint Louis FC at 7 p.m. on Saturday night.