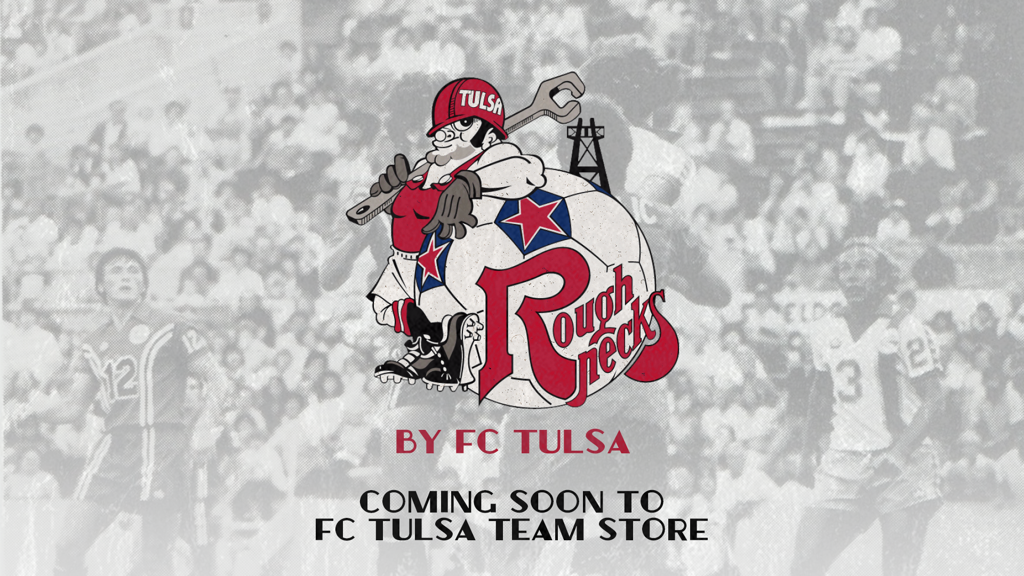 Merch will begin to drop in August

TULSA – While FC Tulsa aims to be the present and future of pro soccer in Tulsa, it doesn’t want to forget about the glory days of the past. In the coming weeks, FC Tulsa will be releasing throwback merchandise featuring the logo of the Tulsa Roughnecks of the NASL who played from 1978-1984.

As part of brothers J.W., Ryan and Kyle Craft’s purchase of the franchise in August of 2019, the trio also acquired the rights to use the original Roughnecks marks from the late 70s and early 80s. In that era, the Roughnecks routinely drew over 25,000 fans a match and won the NASL championship, dubbed the Soccer Bowl, in 1983.

“From the beginning of our ownership of FC Tulsa, we wanted to be sure to include all Tulsa soccer fans, young and old in building this club,” said FC Tulsa owner Ryan Craft. “We hear all the time from fans about their memories of the old NASL franchise, and now we are excited to provide a line of merchandise that combines the past with the new present of FC Tulsa.”

The Roughnecks merch will include a T-shirt, hat, scarf and pennant and will begin dropping in August in the club’s online shop and on matchdays at ONEOK Field.

FC Tulsa will play its home opener at ONEOK on August 12 against San Antonio FC at 7 p.m. CT. Tickets to the match are available at FCTulsa.com and start at just $8.