FC Tulsa focused on building rhythm ahead of RGVFC clash 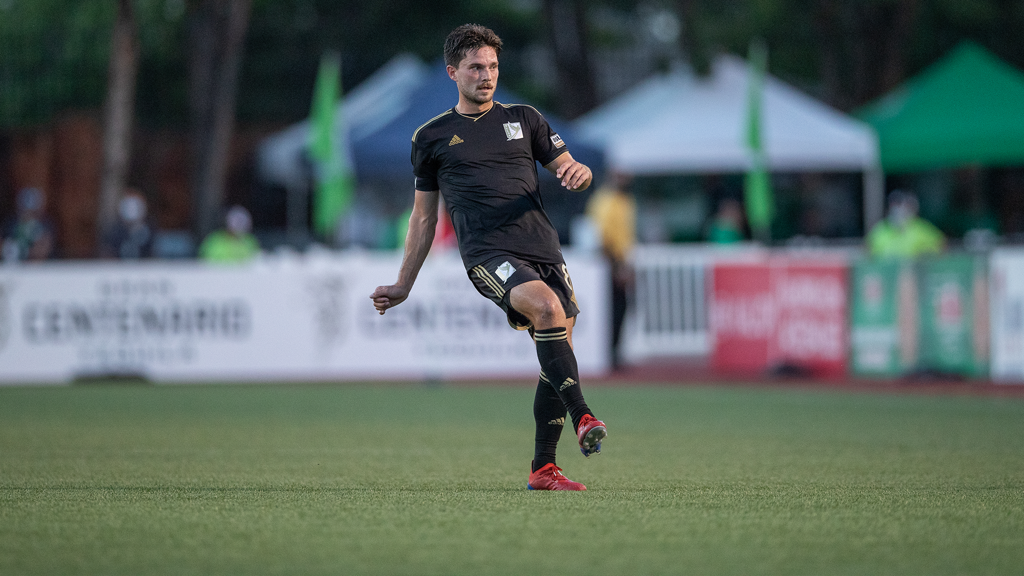 TULSA – When FC Tulsa takes the pitch against Rio Grande Valley FC Toros on Saturday night, all the focus will be on getting three points. While FC Tulsa is currently one of just three unbeaten teams in all of USL Championship, it’s a club also searching for its first win of this new era.

That’s a common theme among the ranks at FC Tulsa, that this is a moment to build on. After an offseason which saw massive player turnover and a completely different direction for the team, the offseason and beyond has been about building something, and the 19-day break between the club’s last match against OKC Energy FC and its next one on Saturday night has allowed the team to get some solid training sessions in.

“Anytime you can get some solid training sessions in during the season [it’s good], because when games are coming quick you don’t necessarily get the chance to work on some things,” Bird continued. “So, it’s been good for us and for [Coach Nsien] to get his ideas and implement them so that we’re ready to apply them to the game.”

The keyword at training this week for Coach Michael Nsien has been “rhythm,” and reestablishing it after the postponement of July 23’s match against Austin Bold FC.

“It’s mostly about us and keeping our rhythm so the training topics and objectives that we want to work on we stick to that script,” Nsien said. “Obviously RGV is different from Austin so the little tactical details we change during the week to make that difference but other than that we kind of stick to the script we have been working on.

“When we speak about cadence it is just the rhythm of the week. Some days we are going to go max intensity, and then the second day we are still intense but the duration of the training session is a little bit shorter so our players are able to reach that high intensity for a longer period of time. It is just finding that fitness level to go out throughout the week at a high level.”

Things certainly haven’t gone according to plan so far in 2020, what with a four-month season suspension due to a global pandemic and a match postponed already since the restart, but the team has remained focused on the goal.

“Obviously we were bummed [to have the match postponed]. We were already down in Austin, we were ready to go. But this season has been all types of twists and turns so we’re just taking it day by day. That’ll happen I guess, in this uncertain climate, so we just have to adapt to it and be ready to go whenever we get the green light.”

Saturday’s match against RGVFC Toros will be the start of a full-on sprint for FC Tulsa, as the club will play six matches in the month of August and seven in September. But the first step is at H-E-B Park on Saturday night.

“For us,” Nsien said, “after a match we played fairly well we wanted to build on that match so at this point it is almost like we are starting over again. Just like that first match, I think we have been training well and we will be well prepared for it.”