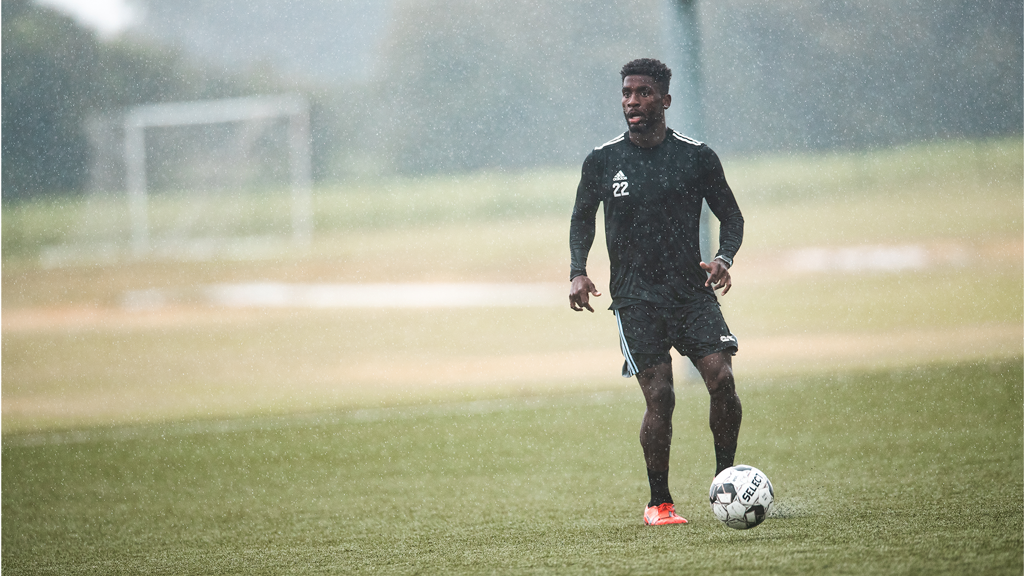 TULSA – After July 13 saw FC Tulsa play a USL Championship match for the first time in over 120 days against OKC Energy FC, the postponement of Tulsa’s match against Austin Bold FC means it has again been a lengthy hiatus from play for the club.

FC Tulsa has now set its sights on Rio Grande Valley FC, a matchup between two clubs that sit at the bottom of group D for two very different reasons. Toros are winless in five matches, with three losses so far this season, meanwhile FC Tulsa is yet to play its third match, unbeaten in 2020 while searching for the club’s first win in a new era.

While FC Tulsa has just one match under its belt since the restart in July, Rio Grande Valley has played four, drawing two and losing two. RGV FC Toros currently sit at the bottom in Group D, in fifth place behind FC Tulsa in fourth.

RGV FC have been the beneficiary of some late-match goals, but it’s also been the victim in the club’s four matches so far. An 83’ goal from El Paso Locomotive FC beat RGV FC in the season re-opener, while in the next match a 90’+4 belter from RGV forward Taiberson equalized the match and snatched a draw and a point from San Antonio FC. In the match following, RGV FC led from the 11’ on, until OKC Energy FC equalized in the 88’ through Frank López. If history is to repeat itself, this one might just come down to the final whistle if FC Tulsa allow it to stay close.

A match in hand or two in the bush?  – Due to the scheduling of the USL Championship’s return to play combined with the postponement of the July 23 match against Austin Bold FC, FC Tulsa is set to play just its third match of the 2020 season on Saturday night. By the time the final whistle blows in the Valley, FC Tulsa will have two matches in hand on OKC Energy FC (currently second in the group) and one match in hand on San Antonio FC (currently first).

Watch Locally on My41 – Soccer fans across Tulsa will be able to tune in to the match on My41 thanks to FC Tulsa’s historic partnership with Cox Media Group and KOKI Fox23. All 14 remaining matches in 2020 will be broadcast on the My41 platform for free, over-the-air viewing of every moment of FC Tulsa soccer.

Mano-a-mano in the Valley – FC Tulsa will make its longest road trip of the season on Saturday, 770 miles down to Edinburg, Texas to take on Rio Grande Valley FC Toros. The regionalized group system for the 2020 USL Championship return to play placed FC Tulsa in Group D with OKC Energy FC, along with three Texas clubs. FC Tulsa will make the trip to RGV twice this season to play at H-E-B Park, where RGV FC are playing without fans.

The match will broadcast nationally on ESPN+, ESPN’s subscription-based platform, and internationally on the USL Championship YouTube channel. If fans would like to watch with other fans, The Tulsan Bar is giving fans ages 21 and over an option to cheer on Tulsa on Saturday night at 8 p.m. CT. The bar will be hosting a safe and distant Watch Party that will include happy hour drink specials throughout the match.

Due to capacity restrictions and social distancing protocols, only a limited number of fans will be able to attend. The Tulsan Bar has put into place a number of health protocols to ensure safety for all at the watch party. Masks will be required of all patrons. All The Tulsan Bar employees will be wearing masks and everyone coming into the bar will be temperature checked to be allowed to enter.

Club representatives will be selling merchandise, so fans are welcome to come out and cheer on FC Tulsa as they take Rio Grande Valley FC at 8 p.m. on Saturday night.

There are just five days left to take advantage of the deal of a lifetime. Be sure to order your FC Tulsa Season tickets today and lock in the lowest prices in the USL Championship for life at ONEOK Field. Contact an FC Tulsa ticket representative at 918-297-6808, email tickets@fctulsa.com, or head to fctulsa.com/season-tickets to get your before this offer expires on August 3.