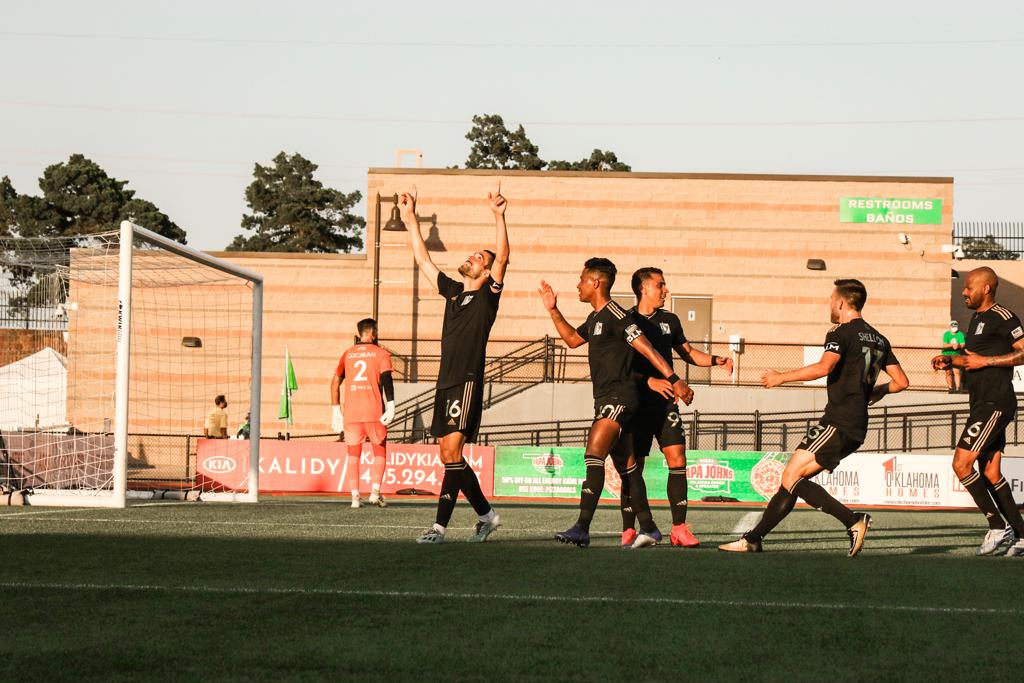 OKLAHOMA CITY – It had been 128 days since FC Tulsa last took the pitch in USL Championship play, and the club picked up where it left off, earning a 1-1 draw on the road. Monday night, the foe was rival OKC Energy FC and the venue, Taft Stadium in Oklahoma City.

In what was the first nationally televised match in club history, ESPN2 aired the Black Gold Derby live for the nation, and it did not disappoint. FC Tulsa started hot, controlling possession and creating chances. Midfielder Rodrigo Da Costa and Forward Darío Suárez linked up with some fancy footwork and creative flicks, but the attack was largely unfruitful in the opening thirty minutes.

Although FC Tulsa had been on the attack for much of the first half, it was Energy FC that made the first breakthrough via Jaime Chávez. Coming swiftly on the counterattack, Energy pushed the ball out wide to Zachary Ellis-Hayden. The Canadian midfielder whipped in a quick cross that was met by Chávez in front of goal for the opener.

The hosts’ lead would not last long, because who else but Da Costa equalized for FC Tulsa on the stroke of halftime. Lebo Moloto took the ball down the left side of the pitch, flicked the ball to his right boot and sent a cross into the box. Marlon Santos was there to meet it, and he headed it down for Da Costa to finish.

The match went into halftime level at 1-1, and both clubs came out looking for a winner in the second half. FC Tulsa began with some inspiring chances, blitzing down the wings with pace, chasing after incisive through balls from deep-lying playmakers like Lebo Moloto and Eric Bird.

Ultimately, the second half found itself bogged down by two water breaks and five substitution breaks. Combined with a four-month layoff and the Oklahoma heat, the match sputtered down the stretch and finished 1-1.

It was another well-earned road point from FC Tulsa, coming from behind to equalize through Rodrigo Da Costa again. The draw sees the Group D standings remain the same through opening weekend, but the table may see some shake ups before FC Tulsa next plays in 10 days on July 23 at Austin Bold FC.