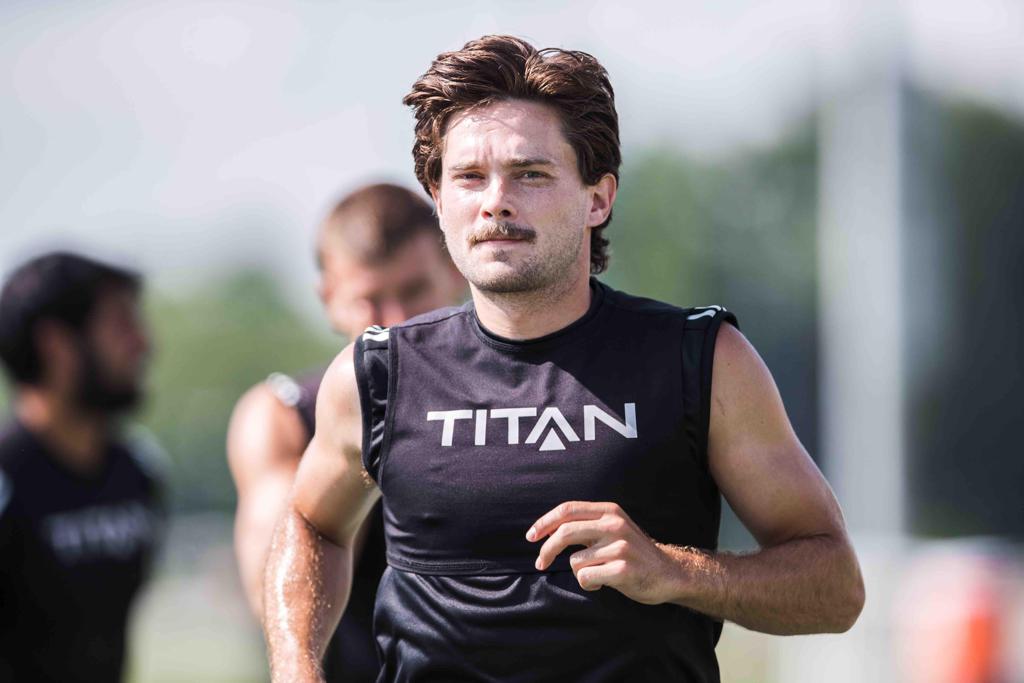 TULSA – While it might be a stretch to call 2020 “dystopian,” we can all agree that it is a brave new world we are living this year. From a pandemic to protests, it has been four months, that somehow feels even longer, without FC Tulsa soccer.

The USL Championship prohibition ends for FC Tulsa in front of a national TV audience on ESPN2, on the road at its fiercest rival. It’s a golden opportunity for the new club to make its mark in the Black Gold Derby that traditionally has not been kind.

It’s not hyperbole to think that this is the biggest match in club history. Here’s the match preview you have been waiting months for...

Energy FC enter Group D play behind the eight ball ahead of the season restart. The other team in Oklahoma fell 2-1 at home to Colorado Springs Switchbacks FC to open the season in March before the season was suspended.

Captain and defender Atiba Harris netted the club’s lone goal against Switchbacks, assisted by fellow defenseman Tucker Stephenson. Energy maintained the ball well in its opener, keeping 59% possession and completing over 80% of its passes, but it was largely unfruitful, yielding just five shots on target and the one goal in the loss.

Back in Action – After a four month and six day hiatus from play, the USL Championship resumes play this weekend with nine matches over the course of Saturday, Sunday, and culminating in a Monday Night Fútbol double header beginning with the FC Tulsa-Energy FC clash. It will be interesting to see how both teams come out for the first match in 128 days.

All Eyes on Oklahoma – For the first time in club history, FC Tulsa will be on National television. Monday night’s match will be aired live on ESPN2, the second of eight USL Championship matches that will air on the channel over the course of July. All eyes will be on Taft Stadium and Oklahoma for the Black Gold Derby and FC Tulsa’s first run out as a new brand on national television.

Quest for the Playoffs – The USL Championship’s return to play format has placed the35 USL Championship clubs into eight groups, and similar to the FIFA World Cup, the top two teams from each group will advance to the 2020 USL Championship playoffs. That’s the goal for FC Tulsa, who currently sits at 3rd in the group with one point, behind Austin Bold FC and San Antonio FC with three. FC Tulsa is ahead of OKC Energy FC and Rio Grande Valley FC. There’ll be plenty of time for the scores to be settled though, with 12 of FC Tulsa’s next 14 matches coming against its Group D foes.

While FC Tulsa fans will be excited to watch the club's first-ever nationally televised match on ESPN2, The Tulsan Bar is giving fans ages 21 and over an option to cheer on Tulsa in the Black Gold Derby against OKC Energy FC on Monday night at 7 p.m. CT. The bar will be hosting a safe and distant Watch Party that will include happy hour drink specials throughout the match.

Due to capacity restrictions and social distancing protocols, fans must RSVP here to attend the FC Tulsa watch party.

The Tulsan Bar has put into place a number of health protocols to ensure safety for all at the watch party. Capacity will be limited and masks are strongly encouraged. All The Tulsan Bar employees will be wearing masks and everyone coming into the bar will be temperature checked to be allowed to enter.

Club representatives will be selling merchandise, so fans are welcome to come out and cheer on FC Tulsa as they take on rivals Energy FC and try to get that wrench back into the hands of the boys in black and gold.