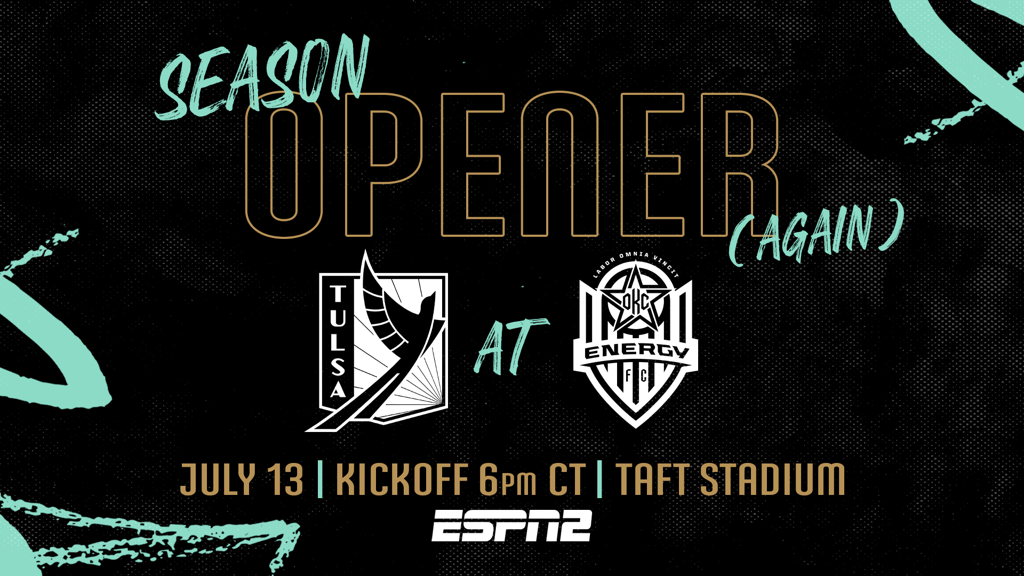 TULSA – An FC Tulsa match is back on the schedule. The USL Championship announced its reopening weekend of matches, and FC Tulsa will be thrust into the spotlight to restart its 2020 season. FC Tulsa will travel to in-state rival OKC Energy FC on Monday, July 13 for a nationally televised match on ESPN2. Kickoff from Taft Stadium is set for 6 p.m.

The match will be the first of 15 for FC Tulsa between July 13 and October 3, a 13-week season that will culminate in a 16-team USL Championship Playoffs bracket following the regular season. As was announced previously, FC Tulsa and Energy FC are both playing in Group D alongside three Texas-based USL Championship clubs–Austin Bold FC, Rio Grande Valley FC, and San Antonio FC.

“Collectively I’m very pleased with where my players are in terms of their attitude,” said FC Tulsa head coach Michael Nsien. “We have been training with intensity and quite a bit of edge. An OKC matchup out of the gate should definitely get the competitive spirit back into our team. With a short season, three points on the line, versus OKC nationally televised on ESPN2, it’s what competitors live for.”

The league announced the full slate of opening weekend matches, with nine matches to be played and five matches airing live on ESPN2 and ESPN Deportes. The remaining matches will air on ESPN+.

“We’re glad to be back in action,” said FC Tulsa president James Cannon. “We’ve been working hard during these past four months to ensure that we’re ready when play returns, and we’re excited to begin that return with a derby match against OKC. It’s an incredible opportunity for us to be the first professional league to return to our home venues and for our matches to be airing on the ESPN linear platform.”

The full Opening Weekend schedule can be viewed below (times subject to change):