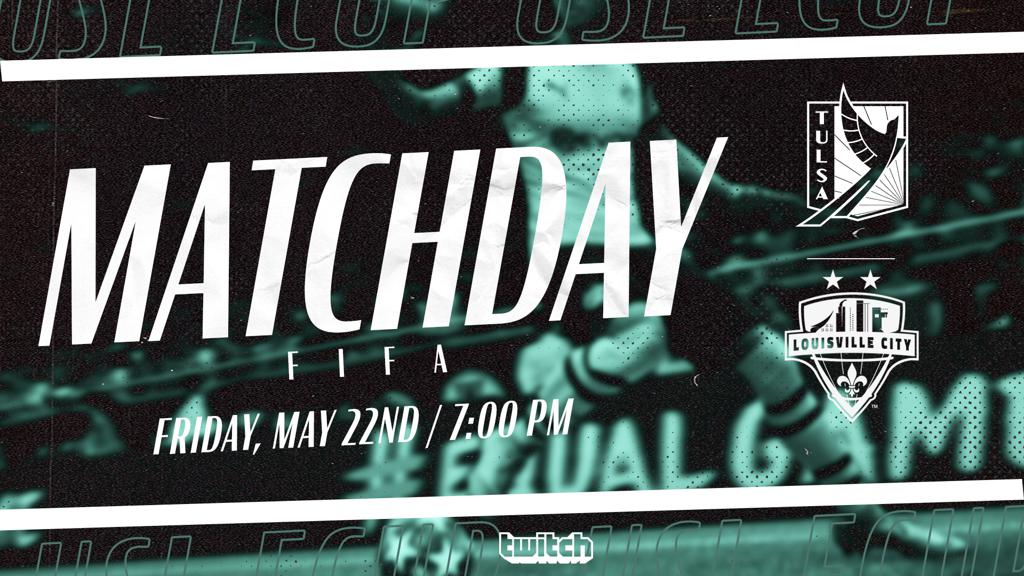 TULSA – FC Tulsa, coming off a dramatic victory against Memphis 901 FC, takes on Louisville City FC and Wales at 7 p.m. CT  in the USL eCup: Week 3 Final. After securing promotion to Division B for the United States Men’s National Team and Tulsa, Panin Boakye rallied from 2-1 down to beat Memphis and Austria, but one final hurdle remains in the path to a Division C title.

Christian Pulisic's stoppage time goal was his third in two matches, and Zardes added a goal for the second consecutive match. With the offense firing on all cylinders, Boakye and the USMNT look to close it out tonight.

Boakye will be taking on LouCity youngster Akil Watts, who is coming off of a 9-0 demolition of North Carolina FC in the semifinal. Watts will be representing the Welsh national team, featuring star winger Gareth Bale and Juventus midfielder Aaron Ramsey.

There are precious points up for grabs in Division C, with the winner set to catapult into the Top 10 of the USL eCup: FIFA 20 Edition standings. The match is set to kick off at 7 p.m. CT live on the club’s twitch channel, FCTulsa.