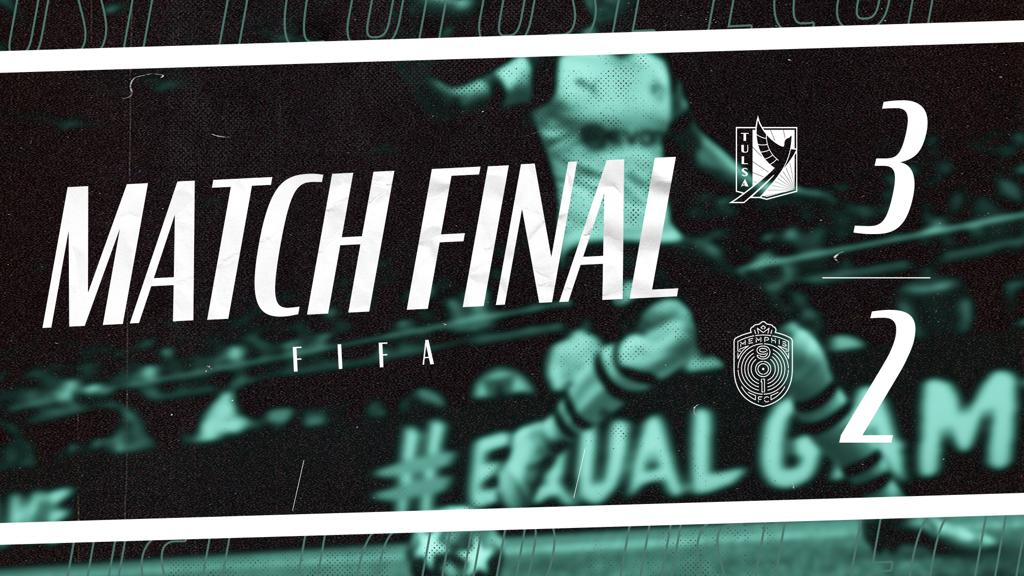 TULSA – Panin Boakye must have a flair for the dramatic, because he left it until very late to net a winner in FC Tulsa’s 3-2 victory of Memphis 901 FC in the USL eCup: FIFA 20 edition. With promotion secured and points on the line, Boakye and the United States Men’s National Team stepped up and delivered an absolute thriller of a victory, scoring two goals in the final five minutes of the match.

Gyasi Zardes scored his second goal in as many matches to give FC Tulsa the lead heading into halftime, but the favorites Austria came out firing after that. Zack Steffen, the USMNT goalkeeper, made some incredible saves to keep the US in the lead.

In the 68’, however, Austria broke through. Konrad Laimer equalized for the hosts, and David Alaba found a goal shortly after that. In the 74’, Austria led 2-1.

With its backs against the wall, the USMNT summoned that never-say-die spirit, and Tyler Boyd equalized in the 87’. With a golden goal extra time period looming, Boakye decided to end it right then and there through Christian Pulisic, who received the though pass and took it down the right wing, darting into the box and scoring in the 90’+2’ to win it for FC Tulsa.

The win means FC Tulsa will take on Louisville City FC in the Week 3 final in Division C, with the match scheduled for 7 p.m. CT on Friday evening. To watch, tune into the club’s twitch channel, FCTulsa.