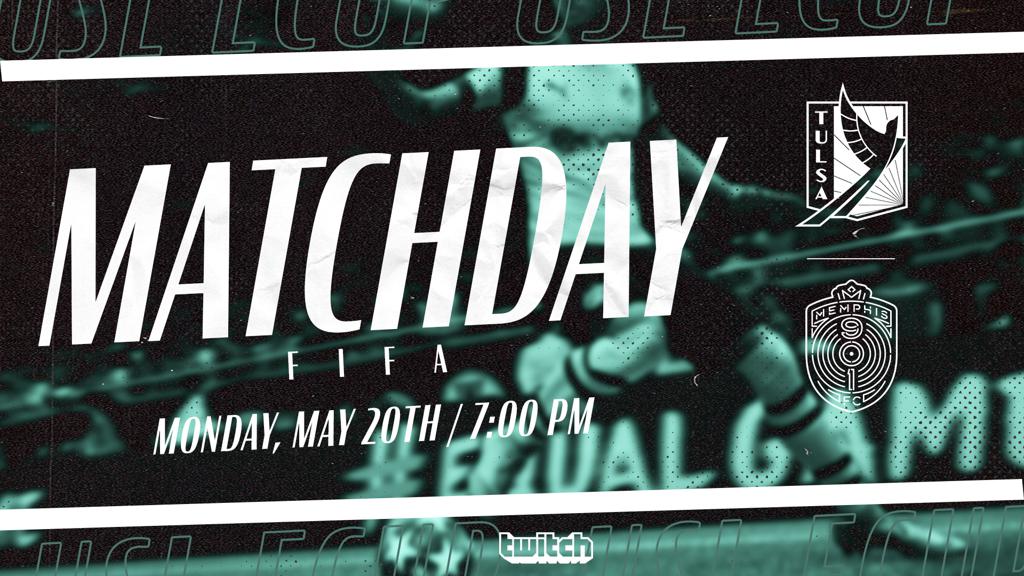 Panin Boakye and USMNT take on Memphis 901 FC and Austria at 7 p.m.

TULSA – FC Tulsa’s march through the Division C tournament continues tonight at 7 p.m. when Panin Boakye will play as the United States against Memphis 901 FC and Austria.

Following his big win on Monday in week three of the USL eCup: FIFA 20 edition, Boakye has earned FC Tulsa promotion to the Division B tournament next weekend, but there are still more points to be won if he can continue on and pull off an upset tonight.

Boakye will be repping the United States Men’s National Team once again, fresh off an electrifying four-goal performance on Monday. Christian Pulisic is coming off an appearance where he scored two goals in just five minutes, and forwards Gyasi Zardes and Jordan Morris added goals of their own to get the USMNT in the win column for the first time this tournament.

FC Tulsa's opponent tonight will be Duane Muckette, midfielder for Memphis 901 FC, who will boast a foreboding squad featuring Bayern star David Alaba and former Premier League winger Marko Arnautović. Memphis also got its first win of the competition with a 4-0 drubbing of Denmark and Loudoun United.

This will be the second time that Memphis and FC Tulsa have faced off in the USL eCup, with Tulsa taking the victory in the Rocket League Edition back in April. The match will be streamed on the club’s twitch channel, FCTulsa, with kickoff set for 7 p.m.