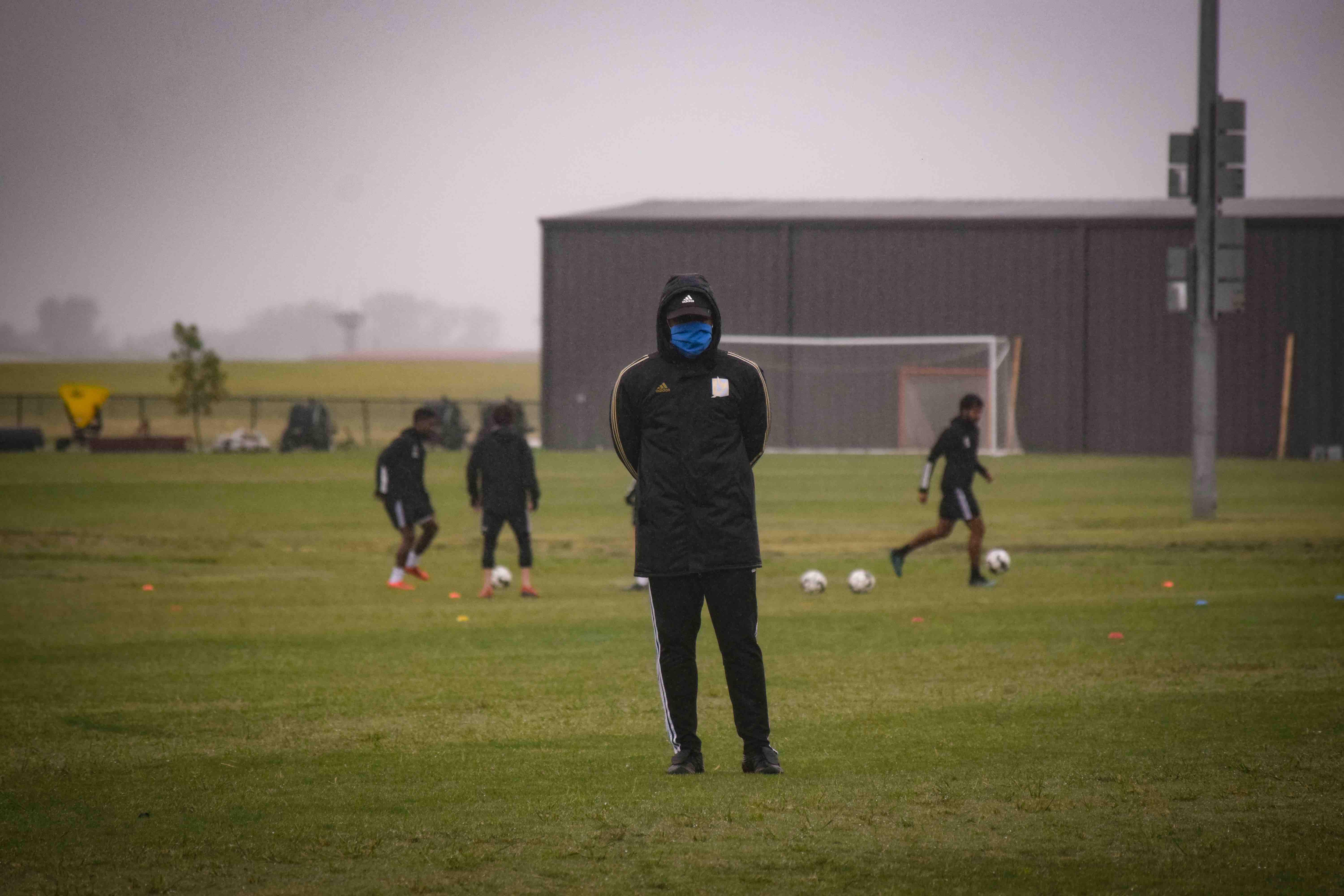 TULSA – After not taking the pitch for two months, FC Tulsa returned to the practice field this week for small group training sessions that looked much different than any prior to the coronavirus shutdown of all team activities.

Players arrived at the facility in staggered groups and wore masks while having temperatures taken immediately. They came already dressed for training so as not to use any locker room or indoor space.

They kept in groups of four and did basic drill work that kept contact between players non-existent.

But there were smiles. And there was soccer.

“It is exciting to see each other’s faces,” said head coach Michael Nsien. “Obviously, when you are a team you want to be around each other and build camaraderie. I was looking forward to working at least in small groups and getting the bodies going again and mentally getting out of that cycle of being so isolated.”

Spirits were indeed high as players pulled into the Titan Sports Complex parking lot in Jenks, Oklahoma for their first training session since the postponement of the USL Championship season on March 12.

Instead of going through the building, each player walked around the outside of the facility to a group of folding tables where Jonathan Millwee, the head Athletic Trainer for FC Tulsa was waiting at the makeshift sanitation station. Millwee, wearing gloves and a mask, took each player’s temperature with a forehead thermometer. Players then self-sanitized their biometric physical fitness reader and were issued a water bottle with their name on it for their use only during training.

The safety measures were a test for coaches and players alike.

“There is a lot for us to learn about what we are doing,” said Nsien. “But, we just want to make sure we are being as cautious as possible so we want to go above and beyond to make sure our players stay safe.”

Following the visit to the sanitation station, players were allowed to walk onto the training pitch to begin drills in small groups where masks were optional. Some chose to keep their mask on while training, while others decided to take it off and not restrict their breathing. Mask or no, there was no contact between players during the session as it focused mainly on individual ball work, drills and passing.

It certainly wasn’t normal training, but for Coach Nsien and the rest of the technical staff, it was a chance to progress what to this point has only been occurring at players homes or apartments and shared virtually on group Zoom calls.

“I think the most that we can do is just advance the technical part of the game and get the heart rates up a little bit and as much as possible within the groups,” said Nsien. “But physically just starting to get a little bit more exercise together, just to start.”

These small group trainings will take place daily as FC Tulsa and the rest of the USL Championship clubs await word from the league on how they can proceed and continue to ramp up training in the safest way possible.