Dash for a Dream: How Ariel Martínez and Darío Suárez Defected from Cuba to Become Pro Soccer Players 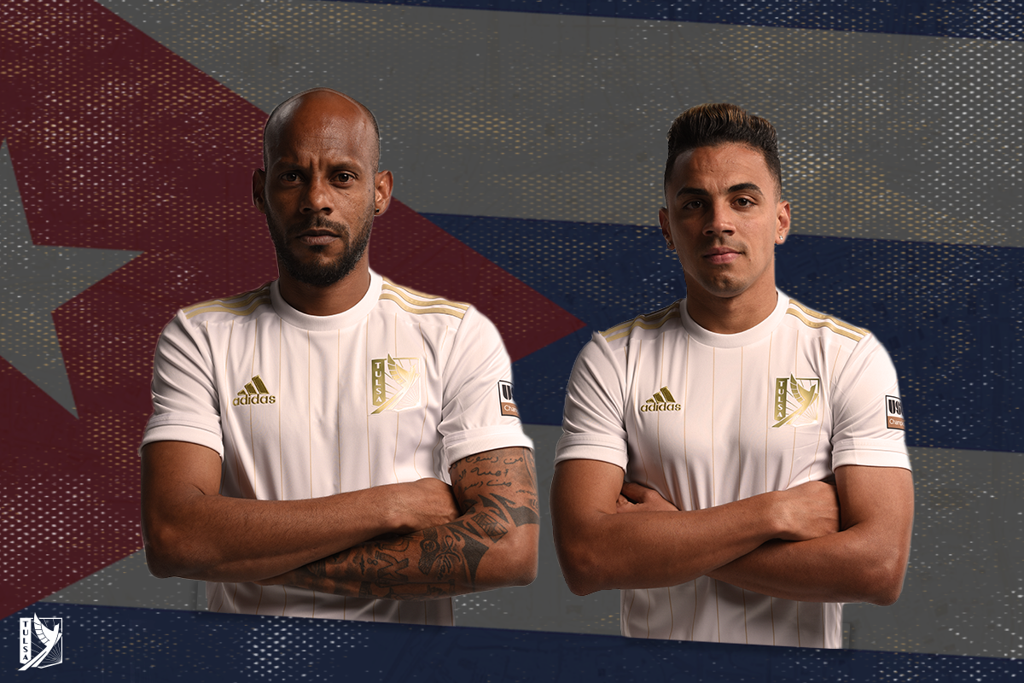 “It was the most difficult decision of my life, and the biggest decision I’ve ever had to make."

Ariel Martínez ran. His face still tear-stained after winning what would be his final match for his country. The cover of nightfall concealing the star midfielder’s sprint for a new life.

Darío Suárez ran. No looking back, no hesitation, no sense of direction. Minutes became miles. Surged forward by the hopes and dreams of a professional soccer career.

The Cuban National Team arrived in Charlotte, N.C. on July 13, 2015 for its final group stage match in the CONCACAF Gold Cup, needing a win to advance to the knockout rounds. Both Martínez and Suárez had seen their team suffer losses in each of the first two matches in the group stage, each seeing playing time in the tournament. As they prepared for Cuba’s match against Guatemala, their minds were far from the soccer pitch.

Each had a plan, and neither had told a soul – the risk was too great. With just one more guaranteed match left in the U.S., it was now or never.

Ariel Martínez and Darío Suarez were no different than most growing up in Cuba. They went to school and played soccer. With goals made out of tables and a ball that was older than many who kicked it, they played soccer wherever they could.

“In Havana, I lived in a humble house,” Suárez said. “We were lower-middle class, but we didn’t lack anything at home. I spent practically my entire childhood playing soccer in the neighborhood streets or in a park that was close to my house. I was happy to spend my entire childhood playing soccer. Soccer was what made me, it took me from the problems that we always had in my neighborhood. It wasn’t the best. It was very complicated, but the neighborhood made up all of our society, of lower-middle class people. Soccer gave me the key to leave all of that, all of those bad places.”

While Suárez grew up in the nation’s capital, Martínez is from the Cuban province of Sancti Spíritus, right in the center of the Caribbean island. The entire province is about the size of San Antonio, Texas, with a population just larger than Tulsa. But to play for the Sancti Spíritus as a youth, school had to come before soccer.

"Soccer was what made me, it took me from the problems that we always had...Soccer gave me the key to leave all of those bad places.” - Darío Suárez

“First, you have to pass through school, while playing there,” said Martínez. “The most important thing is school. If you pass, you can compete, but if you don’t pass, you don’t play. It was a law that came from the government.”

It’s not difficult to imagine Suárez or Martínez, raised on soccer in the streets of Cuba, dreaming of one day playing professionally. It's a dream shared by thousands of children in Cuba, but the pursuit of that dream means leaving everything behind.

El Campeonato Nacional de Fútbol de Cuba (The Cuban National Soccer League) is an amateur league at the top level of the Cuban soccer pyramid. The league is a part of the CONCACAF federation, and its clubs can qualify for the various CONCACAF tournaments such as the Champions League and the Caribbean Football Union Club Championship. But it is not professional, and its players are not paid.

To make ends meet Suárez helped his dad out at a bakery in Havana. Martínez, meanwhile, worked whatever odd jobs he could find on the streets. Both suited up as amateurs for their respective provinces in El Campeonato.

"Basically, every player who decides to defect does so in silence. It’s very difficult to do it together or to do it in any way other than alone.” - Darío Suárez

“Teams represent each province in Cuba,” Suárez explained. “Instead of having clubs in certain cities, it’d be like Oklahoma and Michigan and Florida each had one team for the state, and they played each other. Everyone who plays soccer, plays for the province they live in. I grew up in Havana, so I played for Havana.”

Those who stand out in the national league are selected to the different tiers of the Cuban National Team, based on their age. Both Martínez and Suárez began their journeys at the Under-17 level, ascending through the U-20 and U-23 teams before breaking through into the senior team.

“I played for Sancti Spíritus from the time I was 15 until I was 29,” Martínez said. “It was my second season there when I impressed the U-17 team and was selected. I made my way up the ladder, to U-20 and U-23, and then the senior team. I probably played more than 130, 140 matches across all levels. It was a good experience to play for them. I learned a lot from being in the world of international soccer. It increased my knowledge of the game.” 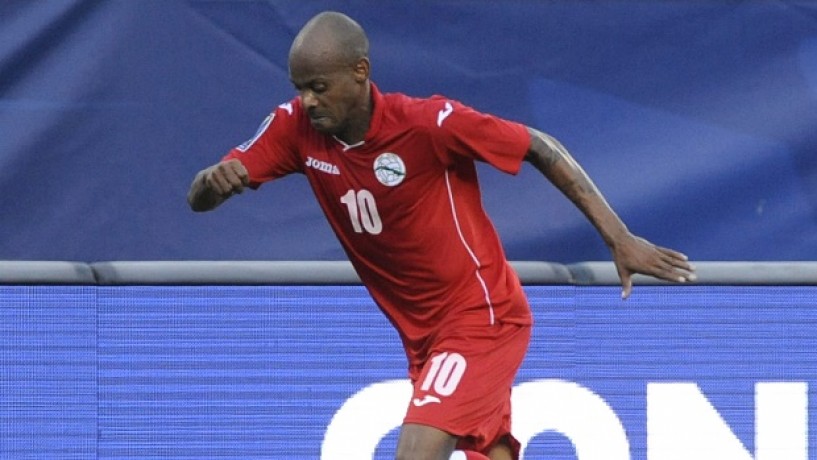 Cuba had lost its first two group stage matches at the 2015 CONCACAF Gold Cup by a combined score of 8-0, in large part due to a 6-0 loss to Mexico in its first match in Chicago. Now, the team was in Charlotte preparing for a crucial do-or-die match against Guatemala, needing a win to have any chance of advancing to the knockout round for the second straight Gold Cup and only the third time in the nation’s history.

“It was almost immediately after the match that I left. So, I made my decision. I had achieved everything I knew I could achieve in Cuba. I had it in my head, ‘I’m going.’”- Ariel Martínez

Despite the match’s importance, Suárez knew he wasn’t suiting up. If all went according to his plan, he wouldn’t even be in the building on that Wednesday night. He would hopefully not even be in the state of North Carolina. Truthfully, Suárez had no idea where he’d be when the whistle blew on July 15.

As the sun set on the day before the match, Suárez, along with the rest of the Cuban team, made a trip to Walmart to get a few supplies and snacks. In small groups, all the players sauntered through the sliding glass doors at Walmart. All except Suárez. He hung back, waiting until the rest of the squad had entered the store.

“We always felt this sense of at least a little danger," said Suárez. "So, when we arrived in the United States for the first time, we always travelled with a security team. They were certainly there to protect us players, but also to control that the players don’t leave or wander. They don’t want us to defect. This, obviously, makes things a little bit more complicated."

With Suárez hesitating outside the door, two security guards asked what he was doing.

"I told them to buy some shoes at the store next door," said Suárez.

The next second, Suárez ran. He never looked back, not knowing if he was being chased by the guards.

"I hesitated for just a moment, and then I took off running, and never looked back. It was terrifying. I ran for three miles." - Darío Suárez

"Nobody was going to stop me," said Suárez. "It was terrifying. I ran for three miles and didn’t look back once. I called a friend of mine who lived in Tampa, and she translated for me. We called a friend in Charleston, and I waited for three hours in a McDonald’s for him to pick me up."

One player fewer than the previous day, Cuba arrived at Bank of America Stadium for its match against Guatemala. As in the other two previous group stage matches, Martínez took the field in the Starting XI for Cuba. He had played every minute of the tournament, and when the whistle blew at full-time, Martínez broke down in tears, knowing what the rest of the evening would hold.

Martínez and his teammates boarded the team bus for a celebratory trip back to the team hotel, after winning the match 1-0. Their tournament would be continuing as a Gold Cup Quarterfinal matchup with the U.S. awaited, but not for Martínez.

As the bus pulled into the parking lot of the hotel and the team began to unload, Martínez, like Suárez the day before, hesitated in getting off the bus. He waited for his teammates and security until just he remained in the now empty vehicle. As he stepped off, he shook head coach Raúl González Triana’s hand. He said just two words.

Using the celebration as a diversion to distract others, off Martínez sprinted into the North Carolina night, in search of the same dream as Suárez and more than 50 other Cuban National Team defectors over the last 20 years during CONCACAF or FIFA tournaments.

It would be easy to assume that the decision to defect is easy for players as they attempt to escape the hardships that come with living in Cuba. However, the reality is that the decision is agonizing and often not for those reasons. They are leaving their lives, their homes, their families and friends. All for a chance of professional soccer that starts with a sprint into an American unknown. It’s a sentiment that is echoed throughout the stories of defected Cuban soccer players.

“I felt that I had achieved all that I could in Cuba,” Suárez said. “Each year I was encountering the same levels and the same situations, and I couldn’t rise to that next level of professional, because the government didn’t allow that. So, I spoke with my family, specifically my father, and I told him it was time to make a decision so that I could follow my dream, to play professional soccer.”

According to a Cuban law passed in 2012, a defector is not allowed to return to Cuba for at least eight years. However the U.S.’s “wet feet, dry feet” policy, in place in 2015, means that both players are legal residents of the U.S. Neither Martínez nor Suárez have been back to see their family since they left home for that 2015 Gold Cup. Suárez left behind his father and grandparents in Cuba. Martínez said goodbye to his mother and three brothers. 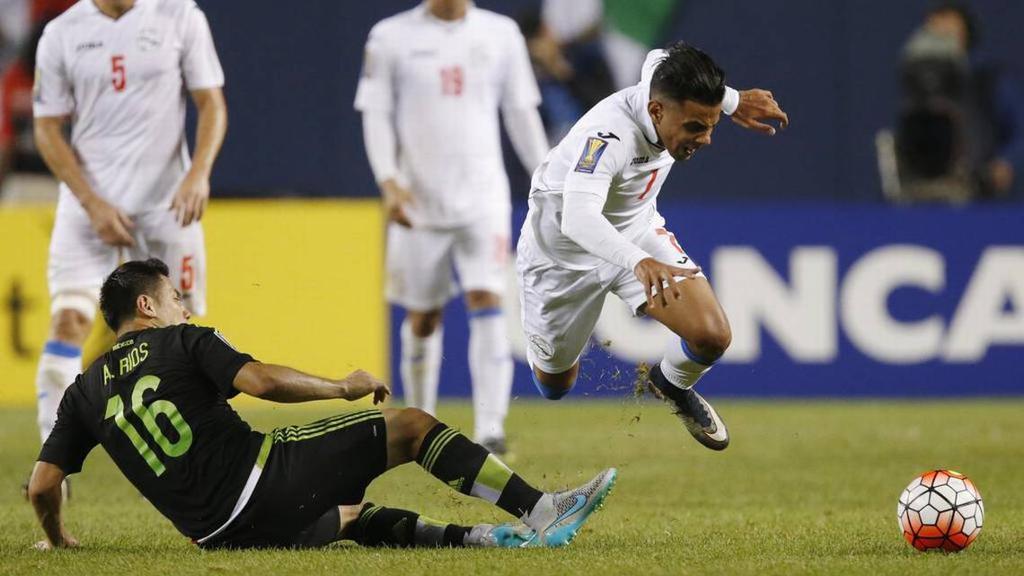 “I cried like a boy, because I left a lot of things in Cuba,” said Martínez. “My mom, my grandmother, my brothers. But oh well, I have a dream and I have to achieve it. It was frustrating to know that I couldn’t see my family for eight years. To know that I would never be able to wear the shirt for the Cuban National team again. But it was important, because it was the decision that allowed me to become a professional soccer player.”

“I cried like a boy, because I left a lot of things in Cuba. My mom, my grandmother, my brothers...But it was the decision that allowed me to become a professional soccer player.” - ARiel Martínez

Both now live their dream as star offseason acquisitions of FC Tulsa, Martínez as the club’s captain and Suárez the prized striker. The pair has been inextricably linked since they each made their harrowing dash 24 hours apart in the summer of 2015. Connecting in southern Florida with The Miami FC, the duo led the club to numerous trophies making a name for themselves in the U.S. by racking up impressive goal scoring numbers across multiple leagues.

None of the success dulls the longing, kinship and pride Suárez and Martínez feel for home.

“Every time I take the field in the U.S., I play for my family, especially for my grandmother who passed away and for my grandfather who is 100 years old and still lives in Cuba,” said Suarez. “I know I have a ton of people supporting me from afar.”