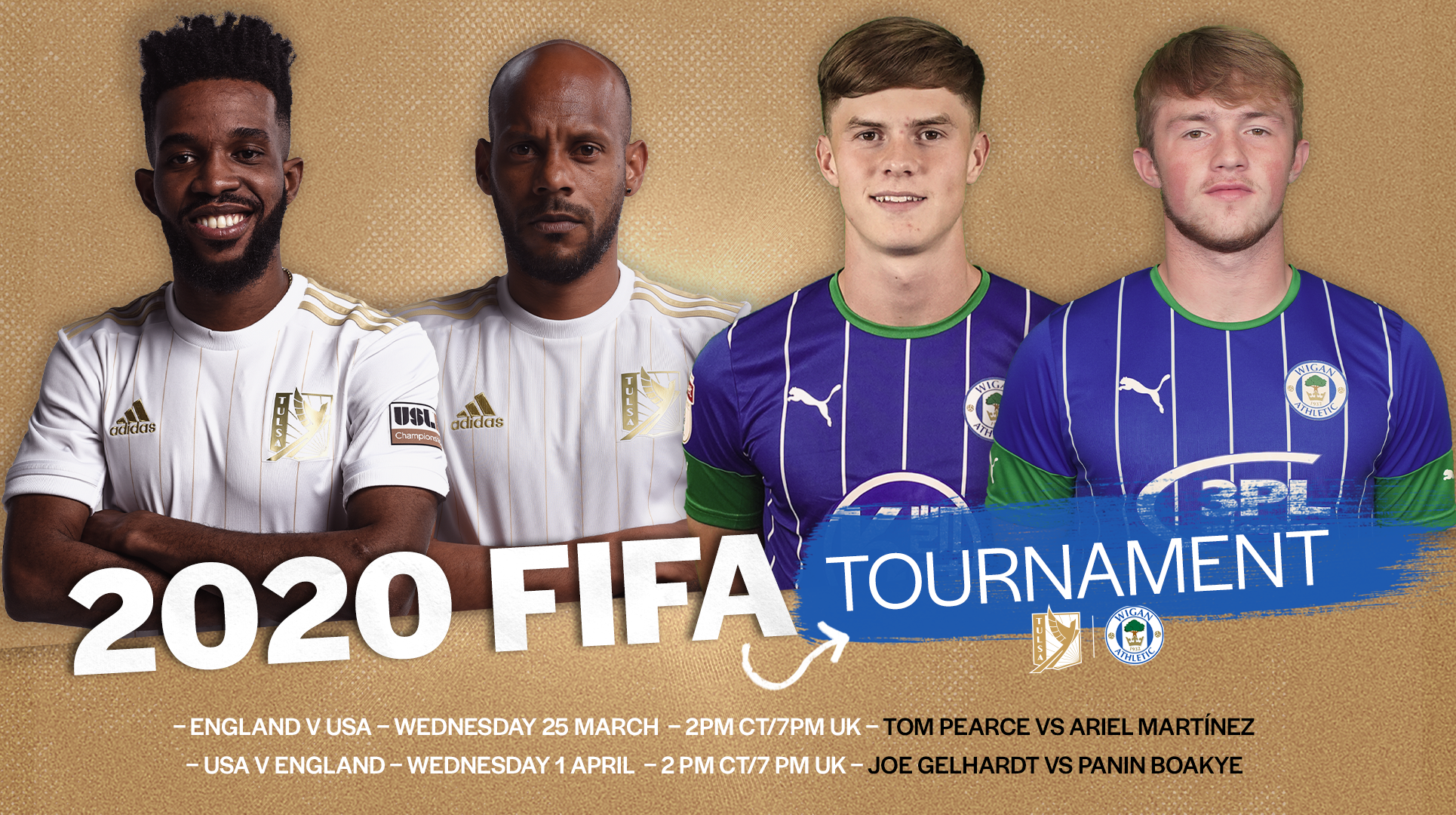 FC Tulsa and Wigan Athletic FC face off FIFA 20 this Wednesday at 2 p.m.

TULSA – At long last, matchday approaches for FC Tulsa once again… sort of. While soccer and sports around the world remain suspended, FC Tulsa and its friends across the pond, Wigan Athletic FC, are getting set to face off on the virtual pitch.

In what will be a two-legged fixture, FC Tulsa and Wigan Athletic will face off in an epic showdown of FIFA 20 beginning with the first leg this Wednesday. March 25 at 2 p.m. Central Time, 7 p.m. UK time. For FC Tulsa, club captain Ariel Martínez will man the sticks in hopes of securing a crucial result away from home in the 1st leg. His opponent from Wigan will be Tom Pearce.

Our friends from Wigan have always been good to us, but for the first time since 1979 the Latics will stand opposite Tulsa as opponents on Wednesday. Tom Pearce, the Wigan fullback, will be playing as the English national team in FIFA 20 attempting to protect Wembley Stadium and secure a result ahead of the reverse fixture in the states. There’s a lot of talent within that squad, and it will be interesting to see the tactics that Pearce will employ in Leg 1.

Experience vs Youth
Martínez, FC Tulsa’s veteran captain with years of experience at the club and international level, will certainly rely on that as he takes a gritty, underdog United States Men’s National Team squad into the digital confines of Wembley on Wednesday. Pearce is just three weeks shy of 22 years old, and his youth could prove advantageous in this virtual competition.

Two legs to stand on
This matchup will be a best of two legs fixture. The first leg, hosted by Wigan, will see FC Tulsa go on the road in search of a crucial away goal and a result to bring back to the states for leg two, which will be next Wednesday. The winner of the fixture will be determined by the aggregate score, meaning the scores of both matches are tallied to determine a winner.

Kickoff is set for 2 p.m. Central Time, and 7 p.m. UK time. The first leg of the match will be streamed live on the Wigan Athletic YouTube page, be sure to tune in there. FC Tulsa will stream the second leg the following Wednesday, April 1.