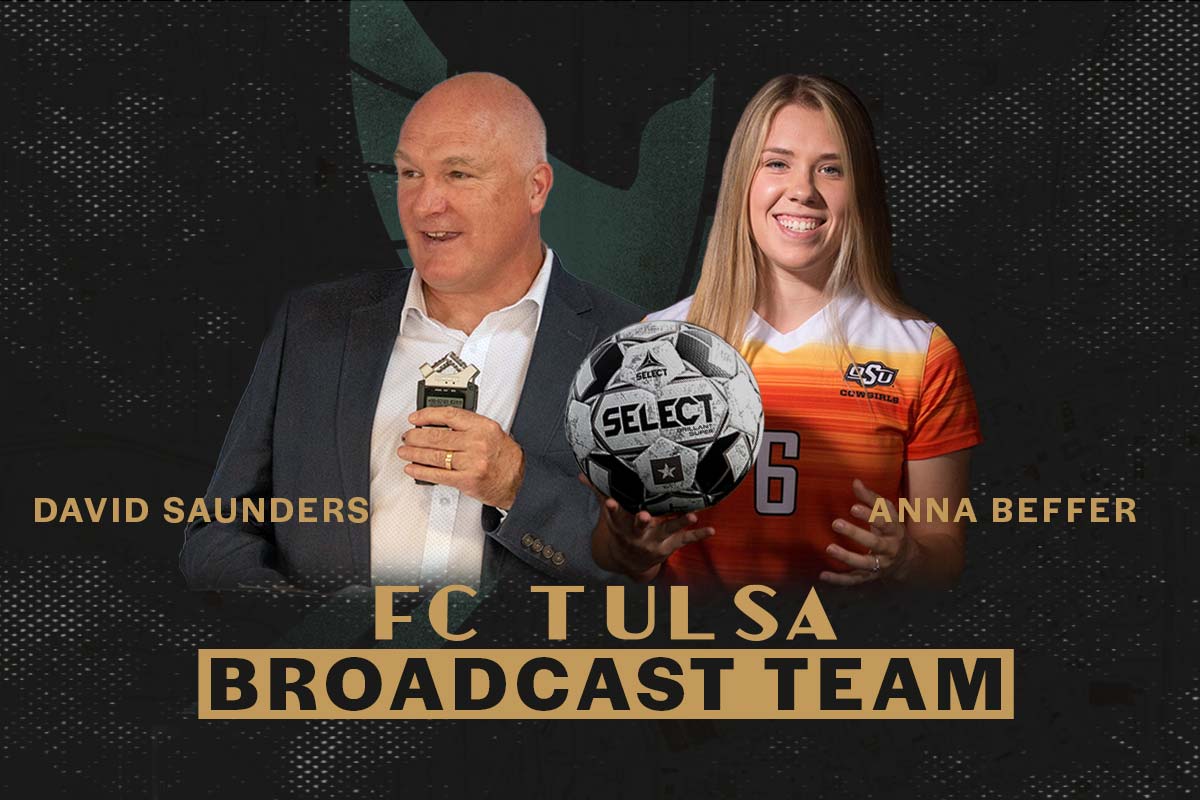 Born in Exeter, England, Saunders is a distinguished broadcaster with over 10 years of experience calling matches on BBC Radio for Exeter City and Torquay United in the English Football League Two.

Since moving to the United States, Saunders has broadcasted sports for the University of Tulsa, Oral Roberts University, Fortuna Tulsa, and Tulsa Roughnecks FC. Since the inception of Tulsa Roughnecks FC in the USL Championship in 2015, Saunders has been in the booth as the color commentator for online broadcasts, but now steps into his more natural play-by-play role in 2020. He’s an avid cricket player in Tulsa as well as an accomplished jazz saxophone player.

Beffer is a Tulsa native and graduate of Tulsa Union High School. During her high school playing career, she was named the 2014 Oklahoma Gatorade Player of the Year. She moved on to play four years of collegiate soccer at Oklahoma State University.

Following her career at OSU, Beffer signed professionally with AS Pierrots Vauban in the French Feminine Division, playing one season with the club. Since returning to the U.S., Beffer has begun work as a broadcaster, serving as OSU’s color commentator in the 2019 season.