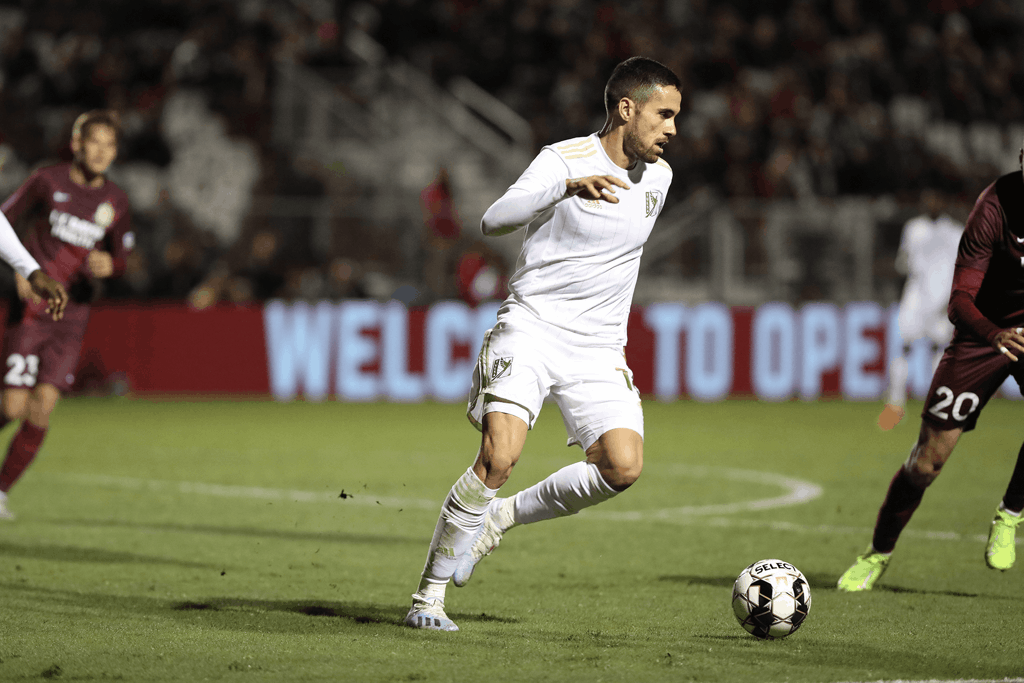 SACRAMENTO – FC Tulsa’s dramatic 1-1 draw at Papa Murphy’s Park was exactly that – a heart-palpitating thriller capped off by a vintage Lebo Moloto assist on a Rodrigo da Costa equalizer. In a match which kicked off a new era for the Tulsa USL Championship franchise, it was a chance to flip the script on results of the past.

“It is just one game, but last year we were away to [Sacramento], and we lost 6-0. It was the furthest we were in terms of striking and competing,” recalled FC Tulsa head coach Michael Nsien after Saturday’s season opener. “We were totally outclassed by them last year. Today, I can honestly say, I didn’t think we played our best, but we got a draw.”

It was just the second time that Tulsa, in its six-season history in the USL Championship, had ever earned a point against perennial Western Conference power Sacramento Republic FC, and it was certainly an eye-opener for other teams around the league.

“The most important thing was the whole effort as a team,” said goalscorer Rodrigo da Costa. “Over 90 minutes, fighting, fighting, fighting to try to score. For me, it doesn’t matter who scores, and today FC Tulsa did a really good job. We showed the rest of the teams that this year is going to be different. We’re going to do a much better job.”

Things may not have seemed as such when Republic FC took the lead nearly on the stroke of halftime, forcing FC Tulsa to face its first deficit of the season.

“It was all about keeping our focus,” goalkeeper Sean Lewis said. “Trust our process, just keep on pushing and don’t lose our heads. One goal doesn’t finish the game, and we knew that. Just about us focusing on ourselves, correcting the mistakes we were making and moving forward.”

The biggest course correction came in the 56th minute, when Raphael Ayagwa entered the match for Panin Boakye. Boakye’s influence was felt on the right wing throughout the match, with the Ghanaian’s blistering pace forcing the Sac Republic defense to retreat at times. The impact of the change, however, came from da Costa, who moved onto the wing while Ayagwa slotted into central midfield.

“We just felt as though we weren’t getting much production from the wide-area,” Nsien said following the match. “So, we wanted to create a situation where we had an advantage from the width so we could stretch the game and stretch the other team. Rodrigo [da Costa], I thought, was excellent today. As soon as I made the change, Rodrigo pulled away and went through, Lebo [Moloto] made a great weighted pass to unlock the defense. We would get two thirds down the field and in the final third we just weren’t unlocking them, but I think the changes were very positive in what we wanted to do.”

Da Costa’s switch out wide was the shot in the arm which allowed FC Tulsa to flip the match on its head and come away with a draw.

“I know that Lebo [Moloto] has exceptional vision,” Nsien said. “[He’s] probably one of the best passers of the ball that I have been around so far coaching. We just felt like if we could continue to get him the ball higher up the field that he could find the final pass. I don’t feel like we were great with our front three, but we just kept trying to change and find the right rhythm. Lebo is always a player that at any moment can unlock the defense.”

Da Costa’s tidy finish in the 79th minute was the first for FC Tulsa in this new era, and the first for the Brazilian midfielder who led Tulsa with nine goals and 13 assists in a stellar 2019 season for da Costa.

“I’m not always playing outside,” da Costa said. “But during training when I practice out there, I know that Lebo [Moloto] loves to put that ball through. So, when I took three steps out and the right back ran towards me, I just changed direction, and Lebo played a perfect ball. After that, I was right there, face to face with the keeper, and that makes things easy.”