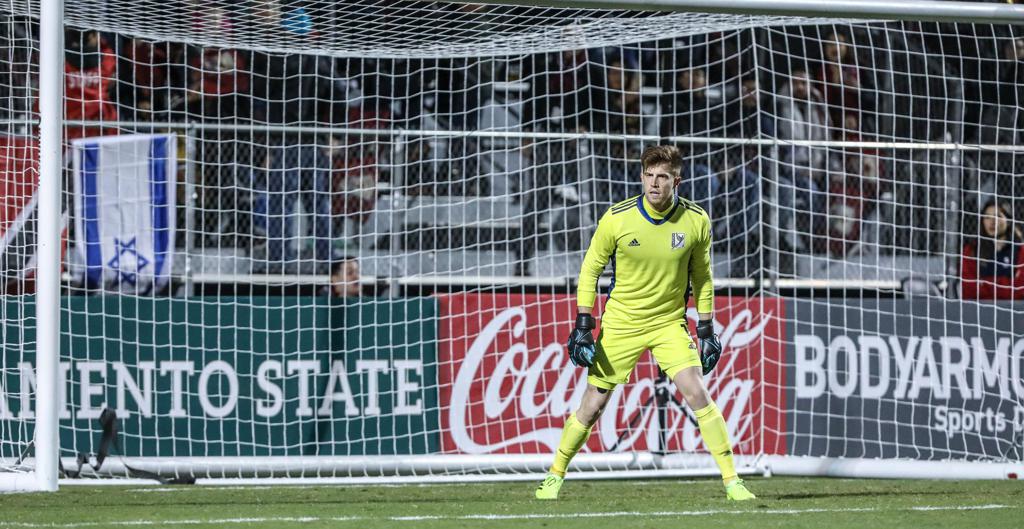 SACRAMENTO – With seven saves, including multiple of the highlight reel variety, FC Tulsa keeper Sean Lewis planted his stake in net on Saturday night. His performance to help rescue a critical road point for Tulsa against Sacramento Republic FC earned him the Man of the Match, as voted on by the FC Tulsa fans in the Official Club App after the match.

Lewis’s seven saves were the second-most in the opening weekend of USL Championship play as he also earned the USL Championship’s Man of the Match following the 1-1 draw. Head coach Michael Nsien was high on Lewis when the 27-year-old was brought back to provide the final line of defense for FC Tulsa 2020, and the move is more than paying dividends in the young season.

“With a good quality back four in front of Sean [Lewis], he can have these types of performances if we can just limit the kind of opportunities that are against him” Nsien said after Saturday night’s match. “The first two saves that he made early in the game, that is what kept us in the game, we didn’t want to concede for sure for the first 20-30 minutes of the game that would’ve changed the dynamic and the game plan. He was instrumental in keeping the game intact, so we are close enough to strike and that is just what we wanted to do.”

Lewis’ night started early in the 2’ minute with a quick reaction save where he pawed away a close range shot to his right. A minute later, Lewis was called into action again with a double save that included a kick stop on what looked to be a sure goal for Republic FC.

“That’s my job, to give the guys a chance to take control of the match,” said Lewis. “The other team came out strong early, but we knew that was going to be the case. We were focused, we were ready for it, and I was just doing my part.”