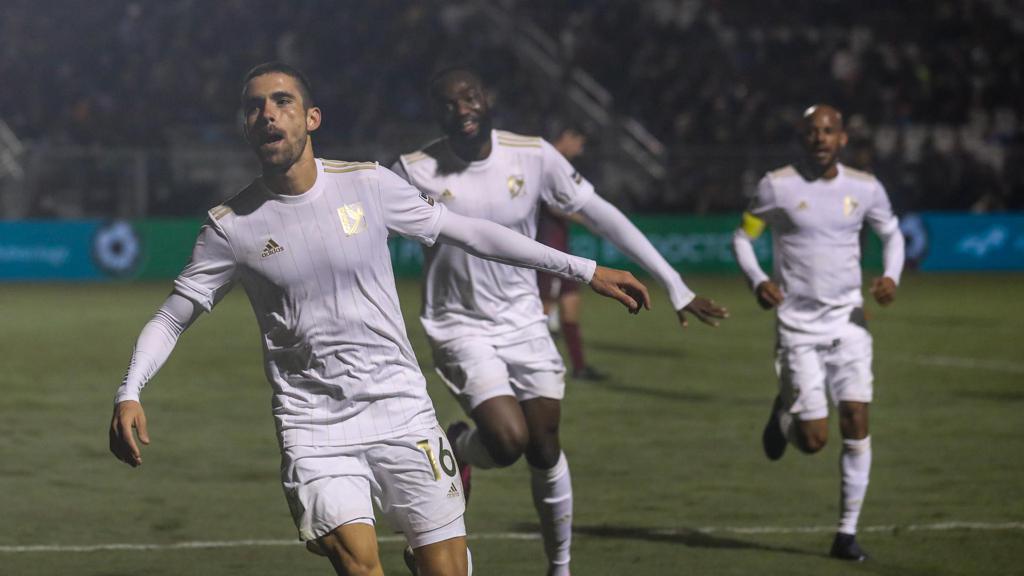 SACRAMENTO – Eyes around the league have officially been opened. FC Tulsa began the 2020 USL Championship season on the road against Western Conference favorites Sacramento Republic FC, and gave the heavyweight all it could handle in a dramatic 1-1 draw on Saturday night at Papa Murphy's Park.

Magical midfielders Lebo Moloto and Rodrigo da Costa provided the pivotal point when the pair linked together on a goal in the 79' minute to level the score at 1-1. From there, Tulsa salted away the match, grinding out a hard-earned road result.

Sac Republic came out hot from the start, immediately forcing FC Tulsa goalkeeper Sean Lewis into three saves within the first three minutes. The first save denied Matt Mahoney from close range in the second minute, and just 30 seconds later Lewis made a tremendous double save, parrying away Mario Penagos’ effort from outside the box and saving Sam Werner’s follow up to keep the score level.

The two sides battled back and forth for the rest of the first half, with neither side able to muster anything until midfielder Drew Skundrich struck from the top of the box just before halftime. Juan Barahona latched onto a long ball from the back line and, after it cutting back, centered the ball for Skundrich at the top of the box and the midfielder finished it to take the lead for Sacramento.

FC Tulsa opened the second frame pushing for the equalizer and forcing Republic FC keeper Adam Grinwis into three saves on the night. It was in the 79th minute, however, that the match opened up for Tulsa. Lebo Moloto took the pass in midfield from Cristhian Altamirano and turned towards goal, sliding in an incisive through-ball which found Da Costa just yards from the net. The Brazilian settled it with a deft touch and finished though the wickets of Grinwis, knotting the match up at 1-1.

That’s where it would stay for the rest of the 90, as the FC Tulsa defense held firm to deny Sac Republic a winner late. Sam Werner’s volley in the 5th minute of stoppage time was corralled by Lewis, and the whistle blew to end the match 1-1.

Here are three storylines from the match

Lewis to the Rescue
FC Tulsa's man in net was stellar on the evening, making seven saves to keep Tulsa in the match. The phenomenal double save in the third minute to deny Sac Republic an early opener will surely have potential for the USL Championship Save of the Week, and his distribution and decision-making stood out behind a compact defense. The seven saves are the second-most for any keeper so far in USL Championship matches during opening weekend.

Da Costa Picks Right Up
Rodrigo da Costa led the then-Tulsa Roughnecks in 2019 in both goals and assists, with nine and 13 respectively, en route to an All-USL Championship Second Team selection. He’s already opened up his account in 2020 with his goal tonight, a tidy finish through the legs of Adam Grinwis. A second All-League season, and possibly more, could be in store for the star Brazilian midfielder.

FC Tulsa Still Syncing Up
After an off-season filled with transformation, a six-match preseason gauntlet and now the USL Championship season opener, FC Tulsa has seen a lot of change. Aside from the club’s physical and cultural rebrand, the 24-man squad returns just 10 players from 2019, and the season opening Starting XI featured six newcomers among five returners. It's apparent that FC Tulsa is a team still finding its chemistry as it begins the 2020 campaign, but a come-from-behind result at Sacramento Republic FC is certainly a promising start.