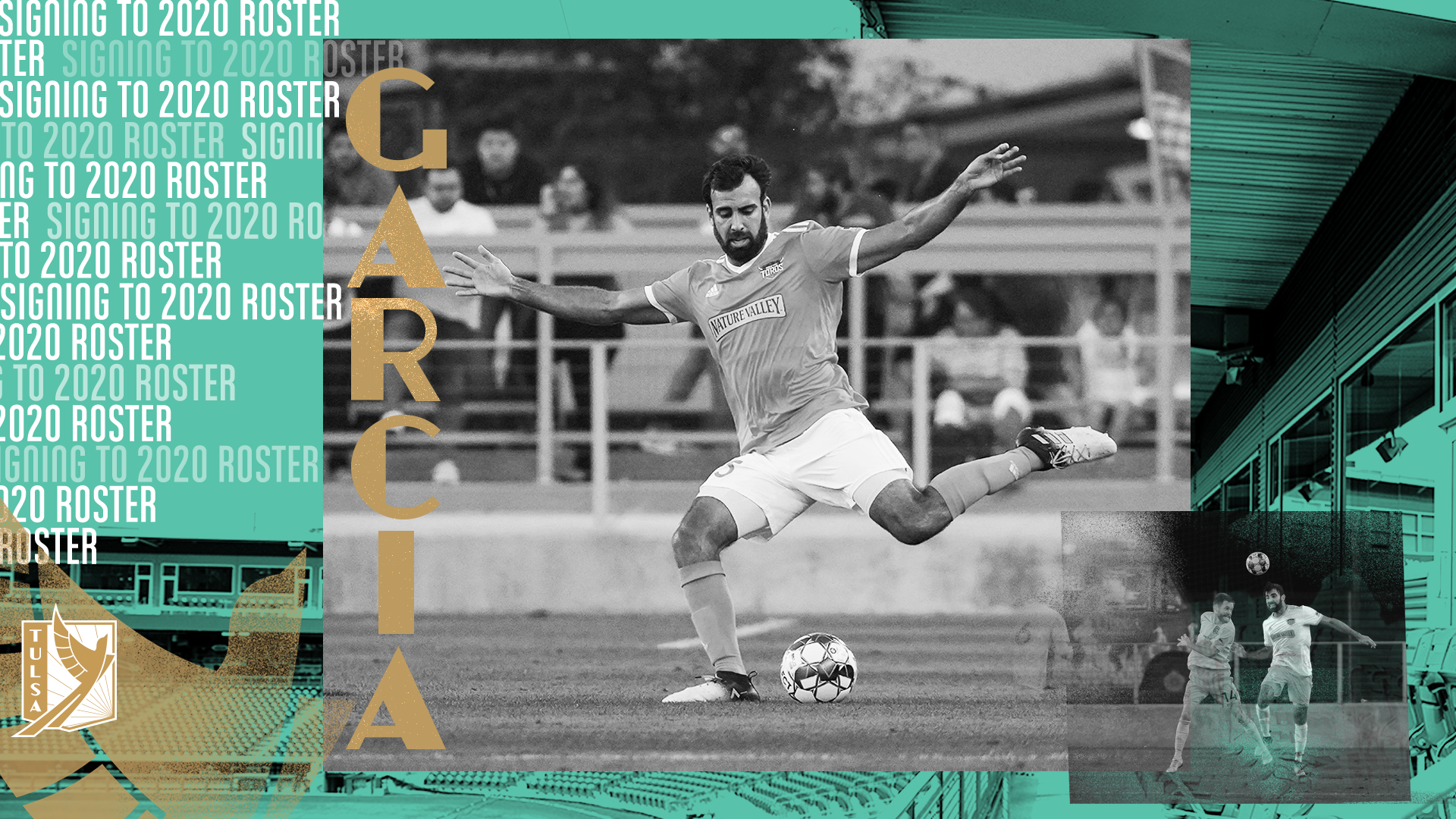 TULSA – FC Tulsa added strength to its backline on Tuesday with the signing of Major League Soccer (MLS) veteran defender Kevin Garcia. Garcia has spent the last four seasons under contract with the Houston Dynamo organization, spending time with both the Dynamo in MLS and its USL Championship affiliate, Rio Grande Valley FC Toros. The 29-year-old versatile defender was signed after spending a week on trial with FC Tulsa this spring.

"The addition of Kevin Garcia to our back line immediately improves our team in all phases of the game,” said FC Tulsa head coach Michael Nsien. “Kevin is very comfortable in possession, which will allow our attacking players more time to take up more advanced positions, and also comes with great intangibles as an experienced professional. I envision Kevin’s communication and organizational skills will make him a leader for FC Tulsa, and he will elevate the team’s overall performance with his qualities.”

“I’m really excited to be joining FC Tulsa this year,” said Garcia after signing with the club. “I think with the rebranding and the talent surrounding this team, we’ll be able to turn heads this year. I’m ready to hit the ground running.”

Following a four-year collegiate career at Villanova University, Garcia was drafted in the 2012 MLS Supplemental Draft by the New England Revolution, but opted not to sign and instead start his professional career in Europe, spending his first two professional seasons with IFK Luleå in the Swedish Division 1. A short stint in Ireland, followed by another half season in Sweden preceded Garcia’s return to the U.S. in 2016, signing with RGV FC in the USL Championship in its expansion season. As the Toros’ captain, Garcia led the league’s second-best defense, allowing just 24 goals in 30 matches, to the No. 2 seed in the Western Conference.

In addition to the signing of Garcia, FC Tulsa has released defender Maxi Schenfeld from his contract. The roster moves keep FC Tulsa’s USL Championship roster at 24 players for the 2020 season. Garcia will be available for selection in FC Tulsa’s season opener on Saturday, March 7 at Sacramento Republic FC.