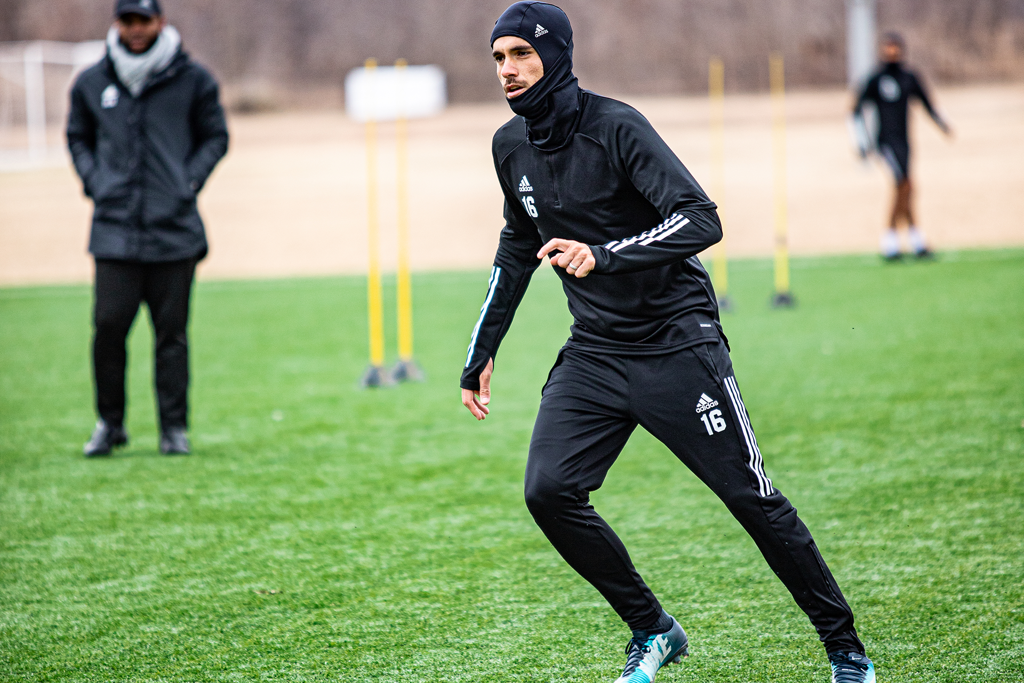 2020 midfield has returning stars and new talent, and they're poised to strike

The third installment in the FC Tulsa Position Preview series takes a look at the 2020 FC Tulsa midfield. This group is chock full of talent, both new and returning, in 2020. Tulsa recently brought back 2019’s goals and assists leader Rodrigo Da Costa, who joins Cristhian Altamirano and Brayan Reyes as returning midfield production from last season.

The center of the pitch was the heartbeat of the offense in 2019, thanks in large part to Da Costa and Altamirano, who accounted for 60% of the team’s assists and almost 40% of the goals. Da Costa started off 2020 hot again, scoring the first goal in FC Tulsa’s 2-0 win over Oklahoma Wesleyan in the club’s first preseason match.

Tulsa has made some critical signings which make the midfield even more threatening offensively and impressive defensively. Lebo Moloto joined in the off-season from MLS’ Nashville SC, a move that gives Tulsa two of the five players who recorded at least 10 assists in 2019. Moloto is also the only player in the USL Championship to have recorded four seasons of at least five goals and five assists over the last five years, and he’s done it in his first five years in the league.

The addition of Raphael Ayagwa was historic, as he made FC Tulsa the only USL Championship club to have a rostered player with a senior appearance for the Nigerian National Team. Tulsa has since signed two more players with Super Eagles caps in Solomon Kwambe and Mfon Udoh. Ayagwa came to Tulsa after spending two seasons with Lillestøm SK in the Norwegian top flight.

Rounding out the signings is Eric Bird, who arrives with MLS experience (and a U.S. Open Cup trophy) from Houston Dynamo. Bird also has USL Championship minutes with RGV Toros and Harrisburg City Islanders, where he has scored 13 times and assisted seven times in his career. Ciaran Winters was signed to a USL Academy contract after growing up in the youth soccer system of Tulsa, a time which included tutelage from coach Nsien. Winters arrived after two years with the academy team at Sporting KC of MLS.

When evaluating the midfield in 2020, coach Nsien anticipates the heart of the pitch to be a major factor league-wide.

“My expectation will be that we'll be one of the top individual groups in the USL,” he said. “They'll be competing a lot within themselves and at the end of the day, the result will be they'll be better players.”

Nsien continued highlighting the value of that depth in the USL, saying that FC Tulsa is two deep in each position in 2020, and the club is prepared for the long season.

“I would say as far as the depth of our team, the midfield is the strongest,” he said. “In the midfield, I expect them to cover a lot of ground. We have some experienced players, so they'll have to manage their minutes and moments that they're playing. It's a long season, 34 matches. So I think it's important that we have players and depth that can help each other throughout the year."

The FC Tulsa Open House is this Saturday, and then the second preseason match of 2020 is Sunday. RSVP for the Open House, and purchase your 2020 Season Tickets by heading over to FCTulsa.com/Tickets.