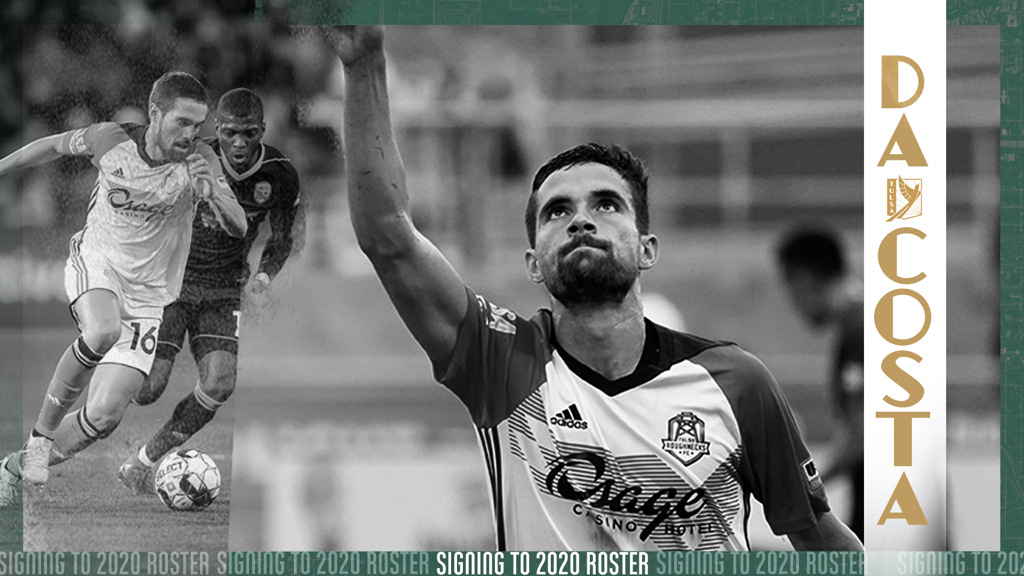 TULSA — FC Tulsa's 2019 leader in goals and assists is coming back to Tulsa for the 2020 season and beyond. Midfielder Rodrigo da Costa, who was named an All-League player after his first USL Championship season, has re-signed with FC Tulsa, pending league and federation approval, to a multiyear contract.

Da Costa earned the honor of 2019 All-League Second Team after logging 13 assists, second in the 36-team league, to accompany nine goals in his 33 appearances last season. The Brazilian’s 2019 gives him the fourth-most single-season assists in league history and the most by a Tulsa player in the team’s USL Championship history. The 26-year-old was one of just three players in the USL Championship to record at least nine goals and nine assists last season.

In addition to his All-League honor, da Costa’s slick bicycle kick finish against Fresno FC last season was a finalist for USL Championship Goal of the Season, finishing second to teammate Toby Uzo, who won the honor after his own bicycle kick goal versus New Mexico United FC.

By re-signing da Costa, FC Tulsa has now brought back all of its top talent from the 2019 season, something that ownership, the Craft brothers, and club president James Cannon have made it clear is a main priority moving forward for the club.

“We told our fans at the beginning of the offseason that we are committed to keeping our best talent in Tulsa, and I am excited that we have continued to prove that with Rodrigo,” said FC Tulsa president James Cannon. “Rodrigo had a fantastic 2019 season for this club, and we hope fans are as thrilled as we are to see him back on the pitch for us in 2020.”

Re-signing the electric midfielder bolsters an already formidable FC Tulsa attack gearing up for 2020. Down the middle and on the wings, Tulsa boasts some of the best talent in the league in the attacking third, now it will be up to head coach Michael Nsien to figure out how to get all of his weapons onto the pitch.

“This signing says a lot about the investment in the club,” said Nsien. “We have a lot of different options in the attack. Some people would think it’s crowded, but I am pretty excited. Rodrigo is a standout USL Championship player, and he and his teammates will be able to sharpen each other every day in training as they learn to perform together."

Da Costa’s experience and evident talent will be on display in all facets of the attacking phase this season, made better by the quality around him.

“I would say Rodrigo is going to have a great experience this year because of the weapons we put around him,” Nsien said. “With the pieces that we have right now, he can now focus on certain areas of the field to help him be more successful.”