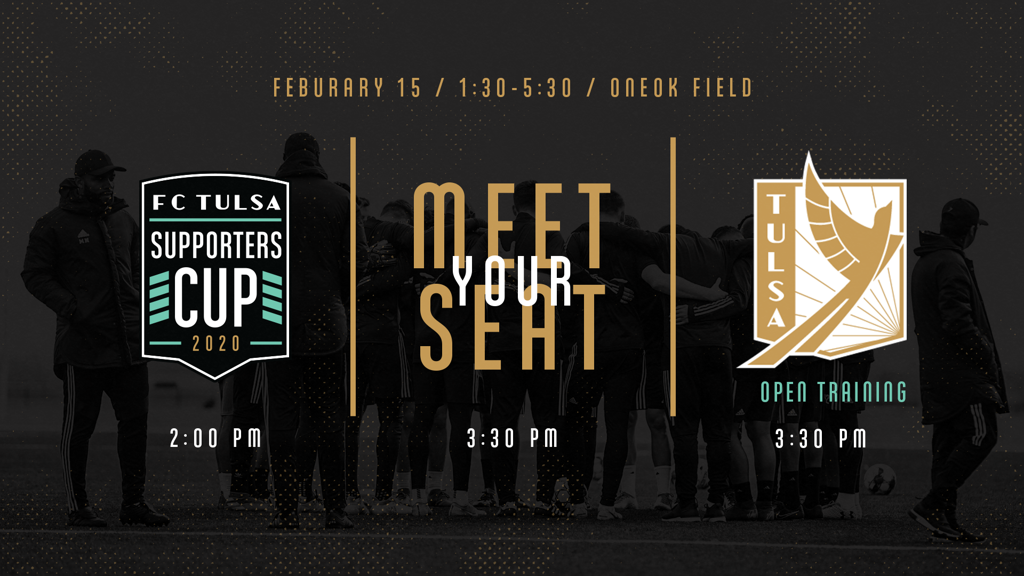 Open Training, Meet your seat, and more on offer for a day at ONEOK field

As FC Tulsa continues to reward its fans in 2020, it will hold an Open House for all fans on Saturday, February 15 at ONEOK Field from 1:30-5:30 p.m. From letting fans be the first ones to play on the pitch at ONEOK, to fans getting to watch an FC Tulsa training session, it will be an exciting afternoon for all FC Tulsa to kick off the 2020 season.

The events will begin with the first annual FC Tulsa Supporters Cup from 2-3 p.m., a match featuring the most ardent FC Tulsa fans with 83 United taking on the Tulsa Lunatics. Leading up to the big match, each team will be announcing its players on social media as silverware is on the line. The supporter groups are taking all entry fee proceeds to donate to charity.

Following the Supporters Cup, FC Tulsa players and coaches will take the pitch for a training session in preparation of its preseason match the following day against Saint Louis FC. Fans can watch Head Coach Michael Nsien and the players prep for their match from the seats at ONEOK, as fans will get a chance to see soccer played on the re-oriented pitch.

Fans that have already purchased 2020 season tickets will be able to meet their seat, and can take in the open training session from the seat they will be in throughout the 2020 season. For those without tickets, the FC Tulsa Open House will be a perfect opportunity to talk to an FC Tulsa Season Ticket Representative and pick their seat for the upcoming campaign.

This event is open to all fans, free of charge. FC Tulsa merchandise will also be available to purchase. To RSVP to attend the FC Tulsa Open House, register here.