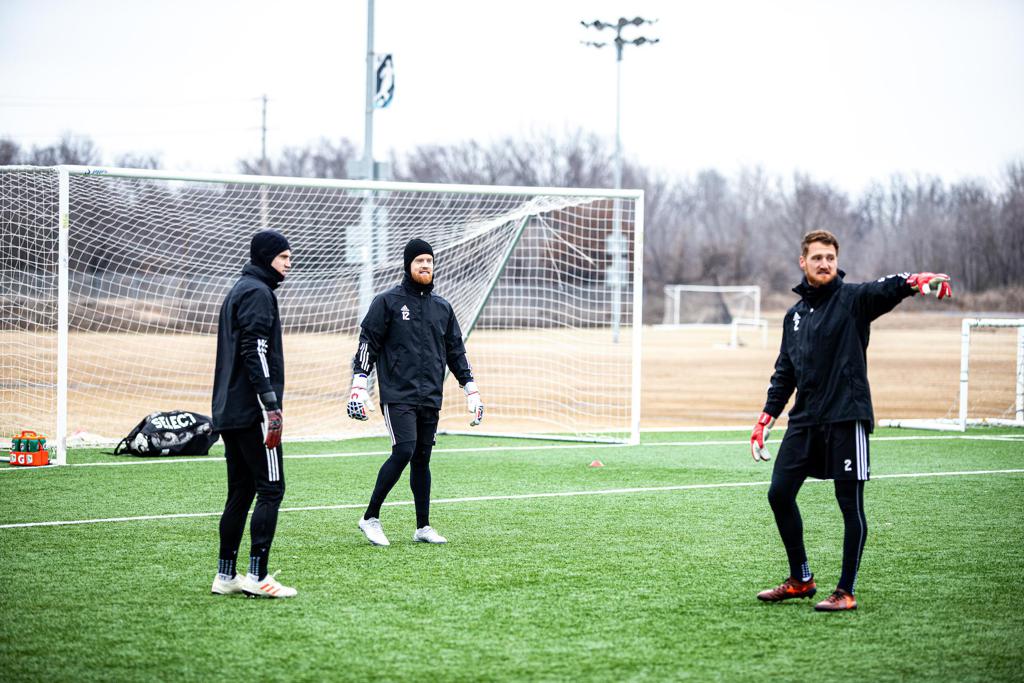 Three Goalkeepers with USL Championship experience on the roster for 2020

TULSA — As the first 2020 FC Tulsa preseason match against Oklahoma Wesleyan inches ever closer to kickoff, let’s take a look at the faces, some new, some old, of FC Tulsa. Beginning from the back, here are the shot stoppers on the 2020 roster.

Last year’s first-choice goalkeeper, Lewis manned the net for the Roughnecks for the majority of the year, when he was healthy. He spent several stints out of the lineup due to injuries, but the 27-year-old from Rockford, Michigan made 16 appearances in the 2019 season, which doubled his total of eight the year before while he was at Penn FC. He is the current clean sheet leader among goalkeepers at the club, with a 20% clean sheet ratio in his USL Championship career.

Byars is a new addition to the FC Tulsa roster for this season. The 28-year-old is local to Oklahoma City, where he was a Gatorade National Player of the Year Nominee in 2008 and then went on to set school records in college at the University of Science and Arts of Oklahoma for career wins (46) and shutouts (31). Byars returns to Tulsa after playing two seasons as a backup with OKC Energy FC. Byars was a Roughneck in 2017, where he made eight appearances across all competitions.

Another goalkeeper returning to Tulsa, MacRae came to the club from Larne FC in Northern Ireland prior to the 2019 season. The Coldbrook, Nova Scotia native made one substitute appearance for the Roughnecks last season in a 4-0 home victory against Tacoma Defiance. Before 2019, he spent one season across the pond with Larne FC, but MacRae previously played two seasons in Canada with USL Championship side Ottawa Fury, where he was primarily a backup, but he started a 2017 match against Richmond Kickers.

Coach Michael Nsien’s thoughts on the goalkeepers…
“When you start an attack,” he said, “typically it’s from building out of the back. So I expect my players to be confident in their buildup play, including goalkeepers. We have three goalkeepers that can all use their feet, and are all very comfortable with the ball.”

These three keepers will hold it down at the back of the defense in 2020. Stay tuned to FC Tulsa’s website and social channels this week for a preview of the FC Tulsa defenders, and remember fans, you can purchase your 2020 season tickets now at FCTulsa.com/Tickets.