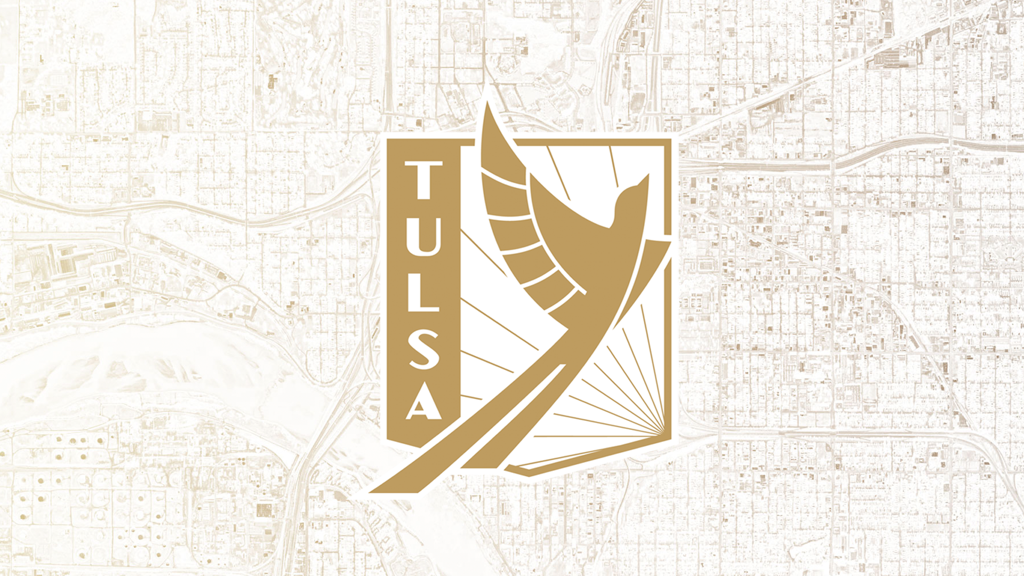 TULSA – It is officially the start of a golden era of professional soccer for the city of Tulsa.

On Wednesday morning, it was announced by owners J.W., Ryan and Kyle Craft that the club would brandish a new name, FC Tulsa, along with a modern new crest and a unique color scheme, ushering in the 2020 USL Championship season and beyond for the franchise.

Like some of the most well-known soccer club names around the world, FC Tulsa combines FC with the name of the city it plays in, bringing the instantly recognizable global naming model to Tulsa pro soccer.

“After months of listening to our fans at focus groups, town halls, surveys, and informal one on one conversations, it became clear that a majority of our supporters desired a new image, brand, and a fresh start for our club,” said owner Ryan Craft. “We want the Tulsa community to be the focal point of this club, and it’s our mission to establish FC Tulsa as an ambassador for this city. We know that soccer is Tulsa’s opportunity to establish itself within the global sports landscape.”

While “Roughnecks” may not be in the official name of the club moving forward, the name isn’t going anywhere. Since the 1970s, Tulsa pro soccer teams have been known as the Roughnecks, a term for an oil rig worker, and this new era for the club will be no different. FC Tulsa will continue to honor the rich pro soccer history of the city through a legacy ambassador program headed up by two Roughnecks legends, Charlie Mitchell and Victor Moreland.

“We love the legacy of the Roughnecks in our city and the history that has been built between our fans and that name,” said owner Kyle Craft. “We will continue to use the nickname “Roughnecks" colloquially in reference to the team, and fans might even see it used for throwback nights in the future.”

The two main colors for the club will be Gold and White, a one-of-a-kind color combination in U.S. professional soccer. No other pro soccer club in the country in MLS, the USL Championship or USL League One competes with those two colors. As an accent colors, FC Tulsa will utilize “Patina Green,” a mint shade of green found on many rooftops around the city, including one of the city’s most recognizable buildings, the Mid-Continent Tower.

“Modern Tulsa is much more than the boomtown it used to be,” said Ryan Craft. “Tulsa now has a thriving downtown, amazing arts and music scenes, the BOK Center, the Gathering Place, ONEOK Field, great restaurants, breweries and more. FC Tulsa will continue this incredible momentum and honor our city’s foundations while highlighting our aspirations. We’ve seen first-hand the impact professional soccer can have on communities across this country, and we are committed to bringing this same energy and passion to Tulsa.”

FC Tulsa’s debut crest features the Oklahoma state bird, the Scissor-tailed Flycatcher, rising in an upward trajectory, just like the club and city of Tulsa. Next to the Flycatcher is a vertical “TULSA” in an Art Deco font which are nods to two eras of Tulsa prominence reflected in the city’s historic architecture and the vertical signage seen across Tulsa.

“First and foremost, this is about an investment in the future of Tulsa,” said owner J.W. Craft. “It is our mission to turn this club into Tulsa’s team and a brand that Tulsans proudly represent. We intend to use FC Tulsa as a vehicle to lead, inspire, and unite Tulsans in a way that is uniquely available to professional soccer clubs more than any other sport, business, or organization.”

All fans in Tulsa that want to rep the club’s new crest are welcome to send an email to info@fctulsa.com and we will get you setup with instructions on how to grab your free car magnet. Help us spread the beautiful game in Tulsa by following @FCTulsa on Twitter, Instagram and Facebook.