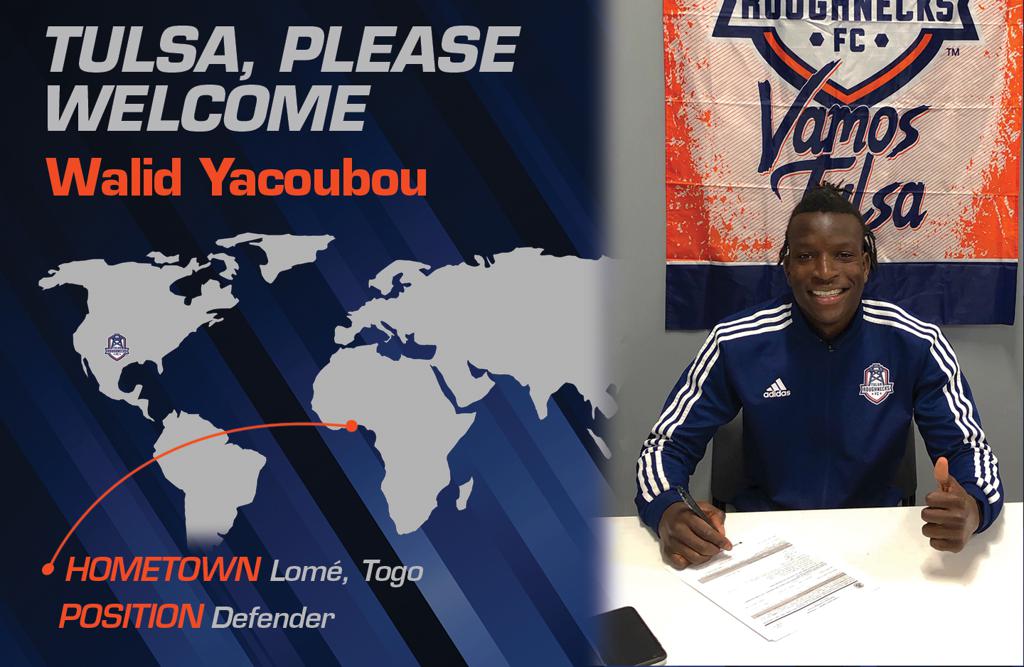 TULSA, OK. (May 6, 2019)—Tulsa Roughnecks FC has announced the signing of defender Walid Yacoubou from IFK Holmsund for the remainder of the 2019 season, pending league and federation approval.

Prior to his professional career, Yacoubou played collegiately for North Carolina Wesleyan College & Prince George’s Community College. Over the course of his final two college seasons, he spent his summers playing with USL League Two side, North Carolina FC U23s, having played for a total of 990 minutes in 12 appearances.

“Walid is a player that Coach Nsien has had around the team for the last couple of weeks,” said General Manager, Wayne Farmer. “He is a commanding defender, with good USL League Two experience that will add depth to the Tulsa Roughnecks backline.”

About the Tulsa Roughnecks FC