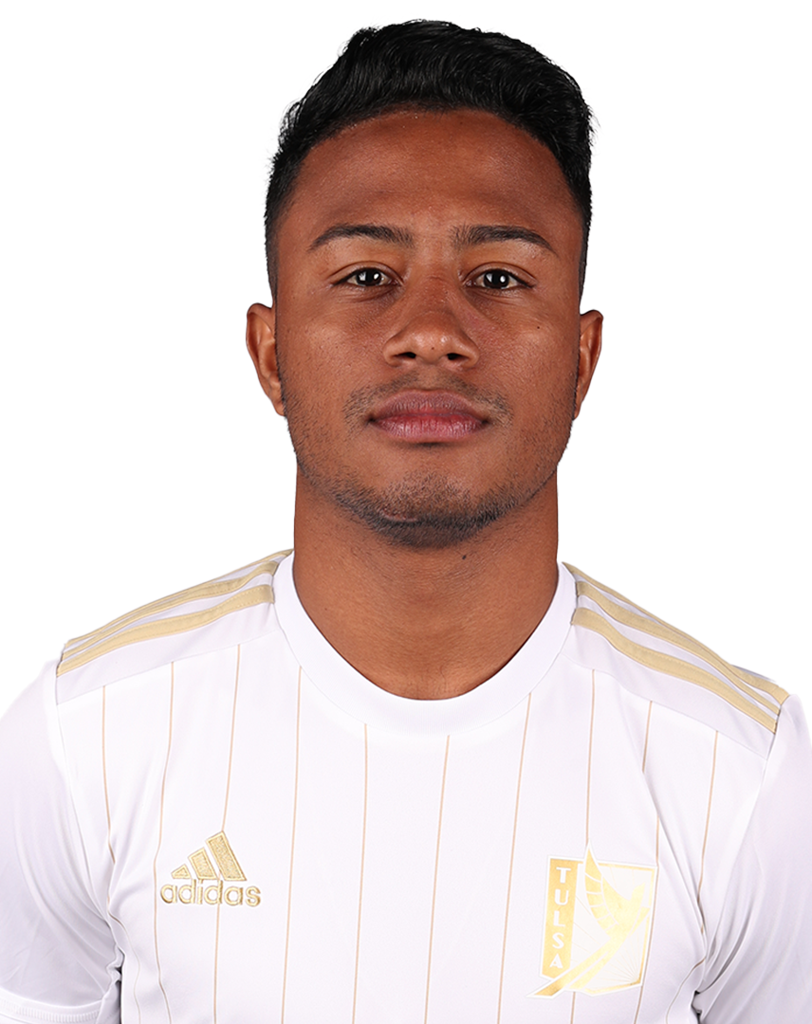 2021
Marlon Santos will enter the second year of his multiyear contract he signed prior to the 2020 season. The 2021 campaign will be Santos' third season overall in Tulsa.

2020
Following his breakout final 10 matches of the 2019 USL Championship season, Santos was an established presence for FC Tulsa in 2020. Santos played in all 16 matches, with 13 starts, scoring three goals and adding one assist.

Santos made his biggest impact when the stakes were high. He assisted on Tulsa's equalizing goal at OKC Energy FC in Tulsa's first nationally televised game in club history. He then scored the opening goal in the first win of the FC Tulsa era, a 2-1 victory at RGV Toros FC.

2019
A late season addition in 2019 for Tulsa, Santos immediately burst onto the scene in the USL Championship. He played in nine of the final 10 matches for the for the Roughnecks to close out the season, scoring five goals and three assists.

Three goals and all three assists came in his first four matches with the club as Marlon took home back-to-back USL Championship Team of the Week honors. His presence boosted Tulsa as the club went 4-3-2 in his nine matches in the lineup, the best stretch for the club in 2019, by far.

CLUB RANKS
Although Marlon has played in just 25 matches with 22 starts, he already is a significant contributor in Tulsa's soccer history. He ranks 8th in club history with his eight goals and his four assists are tied for the 10th-most.

He has scored 0.42 goals per 90 minutes with Tulsa, the 7th-best total for any player with five or more goals for the club.

2018-2019 - MADUREIRA (BRAZIL)
Santos was loaned out again towards the end of 2018 to Madureira in Campeonato Brasileiro Série D. He made just one appearance for the club in Serie D and Madureira was relegated to Campeonato Carioca 1 for the 2019 season.

Before arriving in Tulsa for the back half of the 2019 season, Santos made seven more appearances for Madureira, including three starts. He scored two goals in his 291 minutes in 2019 for Madureira. Both goals came in stoppage time, an equalizer in a 1-1 draw against Boavista in Matchday 1 and a clincher in a 2-0 win against Resende in Matchday 4 in the Taça Rio.

2018 - BOTAFOGO PB (BRAZIL)
Again Santos was loaned in 2018, this time to Botafogo PB. He made three substitute appearances in the Copa Do Nordeste group stage, totaling 68 minutes of action. Botafogo advanced out of Group C, but fell in the Quarterfinals of the tournament.

2017 - BANGU (BRAZIL)
Nova Iguaçu loaned Santos to Bangu towards the end of the 2017 season. Marlon made four appearances for the Serie D club, two starts, and scored a goal, an equalizer in a 1-1 draw against Villa Nova on June 25.

2015-2017 - NOVA IGUAÇU (BRAZIL)
Santos started his professional career in his native Brazil, playing for Nova Iguaçu in the Campeonato Carioca 1st division in Rio de Janeiro. In 2015, Santos made 16 appearances, scored twice, but Nova Iguaçu was relegated to Carioca Serie B.

Stats are not available for Santos during the Carioca Serie B season in 2016, but Nova Iguaçu won the tournament and was promoted for the 2017 season. In 2017, Santos made 19 appearances and scored six goals, and again Nova Iguaçu was promoted, heading to 2018 Campeonato Brasileiro Série D for the 2018 season.